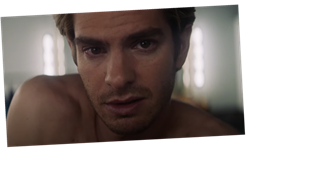 He’s played Spider-Man in the MCU on the screen, and he’s played Prior Walter onstage in Tony Kushner’s “Angels in America,” but you’ve never quite seen an Andrew Garfield performance like the one in Gia Coppola’s “Mainstream.” In her first feature since the 2013 breakout “Palo Alto,” Garfield plays Link, a scatterbrained, charismatic hoodlum who mostly haunts the trash-ridden streets of Hollywood and Vine with no real purpose. That is until Frankie, played by Maya Hawke, enters his life. Watch the trailer below.

Hawke gets her first major leading feature film role in “Mainstream” as Frankie, a bartender at a comedy club who is grieving the recent death of her father and lost within a world addled by social media content and narcissism. Frankie keeps having cosmic run-ins with the unhinged but alluring Link, and she’s inspired to upload a street rant from him that goes viral. The sensational video turns Frankie, Link, and Frankie’s coworker and pal Jake (Wolff) into unlikely internet stars. But their newfound fame attracts the eye of a corporate villains, one played by Jason Schwartzman, who turn their operation into something bigger and potentially toxic. On top of all that, Frankie and Link are starting to have feelings for each other, which complicates their viral fame.

Coppola has described “Mainstream” as “a love story of being in love with someone who doesn’t love themselves set against the new emerging culture of today’s world.” The director said she was inspired by Elia Kazan’s “A Face in the Crowd,” starring Andy Griffith as an Arkansas drifter who gets corrupted after turning into an overnight sensation.

“Mainstream” originally premiered at the Venice International Film Festival last September 2020, where not all critics were kind to the movie. But this cautionary tale from Coppola, who showed a great deal of promise with “Palo Alto,” her sensitive coming-of-age adaptation of James Franco’s short story collection, is sure to spark debate. Out of Venice, critic Nicholas Barber cautioned that Andrew Garfield’s performance as Link easily makes him “one of the most obnoxious movie characters ever,” but that will undoubtedly be a selling point for some audiences, and make this a curiosity to watch for.

IFC is releasing the film in select theaters, on digital platforms, and on VOD on May 7.