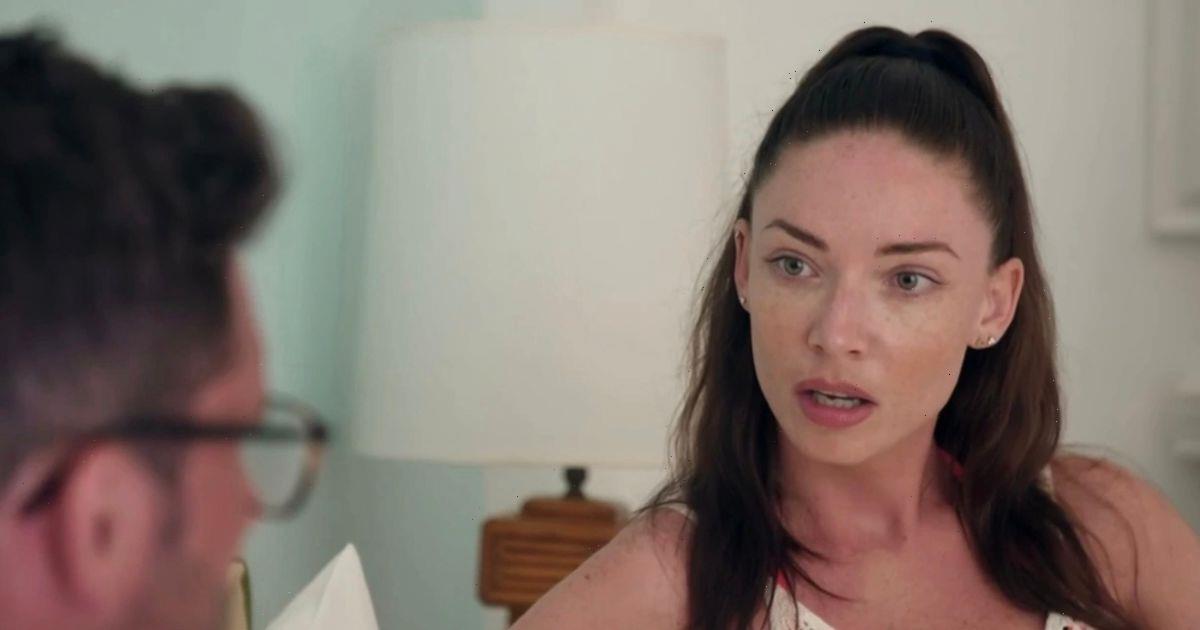 Married at First Sight sees several singletons marry complete strangers who they meet for the first time on their wedding day.

The couples are put together by the experts who base their compatibility on scientific and sociological factors – which means getting compatibility slightly wrong isn't off the cards.

Over the years, there have been tearful breakups, explosive arguments, and just when you think the scandals can't get any messier, steamy love triangles start to occur within the group.

From April's kiss behind her husband's back while on their honeymoon to Jordan and Megan's secret smooch, Daily Star has looked at some of the messiest love triangles from the hit E4 show.

Jessika Power appeared on season six of MAFS Australia and was branded the villain of the 2019 series.

Despite being married to Mick, the blonde bombshell found herself drawn to Dan when they locked eyes at a dinner party.

And it seems her feelings were reciprocated as Jess and Dan's "affair" turned into the most explosive storyline of the series.

Despite their illicit interactions, Jess kept voting to stay with husband Mick during the commitment ceremonies.

But everything came to a head during another commitment ceremony when the news of their secret affair unravelled, leaving Mick to brand Jess a "selfish brat."

"I've been forced to stay here by myself for nothing," Mick said as he cried on screen.

He added: "Now this all makes sense, you made me stay here, you dragged me here by myself and made me look like an idiot and go mental, so you could play footsies and flirt with him. You are the most selfish Brat EVER. You spoilt brat! You selfish b****. Unbelievable."

MAFS UK was rocked last year when an explosive kiss was exposed to the group.

Jordon Mundell and Megan Wolfe were not long into their marriages when they kissed at a dinner party, leaving their respective partners heartbroken.

Jordon was partnered with model Alexis Economou while Megan was married to fun-loving Bob Voysey, but both struggled to find a spark with their spouses.

During the commitment ceremony, Jordon made a shocking confession after Alexis decided she wanted to leave the experiment

He told the group: "Last night after the party I found myself having a conversation with Megan. We're very similar in a lot of ways and we shared a kiss.

"She said the relationship between her and Bob wasn't working. She said she has been trying and Bob hasn't been doing anything back."

After initially wanting to say to pursue something with Megan, he admitted he had a change of heart after seeing the way she had treated Bob.

Trying to apologise for what she did, Megan said: "I'm sorry with all my heart. Alexis, I apologise to you but I did feel like we had the conversation before actions were made.

"We all came here looking for love. And for a moment, I believed there was a connection with Jordon. I made a mistake. And I'm sorry you were collateral damage in that Bob."

While Jordon and Alexis decided to leave the experiment, Megan chose to stay with Bob, but it wasn't meant to be and the pair left during the third and final commitment ceremony.

Bob described the kiss as "a stab in the heart," adding that he would never be friends with Jordon because he doesn't like "snakes in his life and that's what he is."

Davina Rankin and Dean Wells ruffled some serious feathers on the down under addition of MAFS when they became the season five super-villains after cheating on their partners.

Davina was married to Ryan Gallagher while Dean was coupled with wife Tracey Jewel, however the duo decided they had a better connection after hitting it off at one of the dinner parties.

The pair made a secret pact to ditch their spouses and continue the experiment with each other, with their scandalous affair becoming one of the most talked about moments of the series.

Both ended up staying with their respective partners, although none of them made it out of the experiment as a couple.

After the show ended, Dean revealed his "affair" with Davina was a "fake" storyline that was pushed by producers in an attempt to boost the show's ratings.

April Banbury and George Roberts hit the rocks just days into their marriage on this year's Married at First Sight UK.

The news emerged that April, 32, had "cheated" on her dad-of-four husband with a female hotel guest while on their honeymoon.

It was revealed that the former Miss Great Britain was "intimate" with the woman off camera while participating in a game of dares. After the explosive truth came out, the financial advisor confronted April over the passionate kiss she shared with someone else behind his back.

He said: "I woke up this morning numb and cold she’s been intimate with someone else. It was heartbreaking and a big kick in the teeth. I’ve been cheated on. I went from feeling so elated to feeling rock bottom."

April soon turned up at George’s door with a bottle of champagne as a "peace offering" to try and explain the incident.

The dress designer told him: "We were mucking around and playing dares and stuff. I’m really sorry if it did upset you. It really was nothing."

The pair managed to work through the incident and have since been going from strength to strength.

Ines Bašić was one of the most talked about contestants on season six of Married at First Sight Australia due to her relations with Sam Ball.

The then 28-year-old was partnered with Bronson Norrish by experts but the cracks started to show as early as their honeymoon.

Looking elsewhere, she formed a secret relationship with Sam who was married to Elizabeth Sobinoff.

Sam was viciously trolled by viewers for getting close to Ines, and while their relationship didn't last, it was enough to tear apart Ines and Bronson who called it quits at the third commitment ceremony.

After the show ended, Bronson spoke out and revealed producers approached him before Sam pursued something with Ines, with Sam adding that producers set up scenes to make him look like a womaniser.