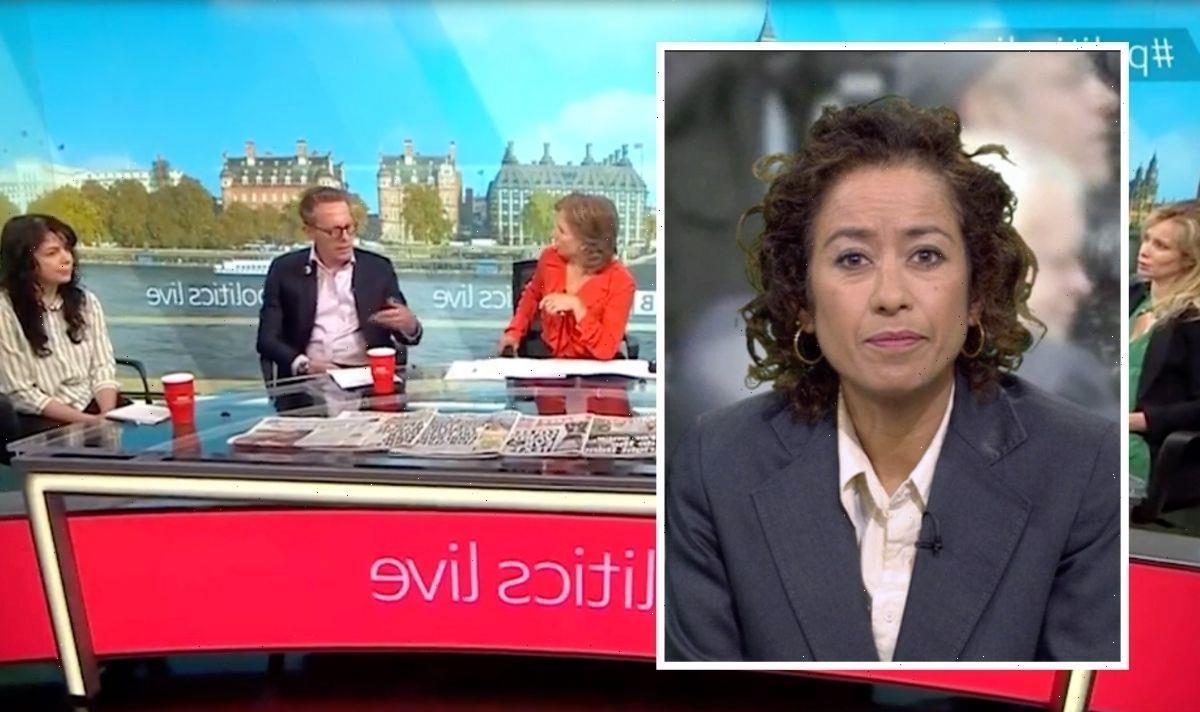 BBC Breakfast’s Newswatch segment on Saturday morning’s show united some viewers online. Earlier this week, The Reclaim Party founder Lawrence Fox appeared on Politics Live and his comments on culture wars sparked many complaints, with some onlookers questioning if the BBC was in fact impartial.

After showing a small segment from the BBC Two show, broadcaster Samira Ahmed went through the list of complaints on the matter.

She ended the piece by reading a statement from a BBC spokesperson to defend the controversial guest.

Samira said: “As part of the BBC’s commitment to impartiality, the Politics Live editorial team is focused on ensuring a broad range of views is represented on the programme over the course of each week.”

“It’s also not transparent. It often has ex UKIP members on but just refers to them as ‘political commentators’ #bbcbreakfast #JohnsonOut117.” (sic)

@AndrewJAshton1 stated: “You don’t see many ‘left wing commentators’ on #PoliticsLive. It’s one of the BBC’s platforms for the far right.” (sic)

@cosmos2005 added: “#BBCBreakfast so according to BBC Newswatch the BBC has to be impartial to allow on various guests on Politics Live etc.

“So when was the last time Corbyn or anyone to the left of the current Labour party was given airtime.” (sic)

Also, during the report, Samira read out a tweet that was posted during the live panel debate, which sparked Newswatch to reach out to the BBC.

Reciting the post by Anthea Eastoe, she said: “He got fewer votes than a YouTuber, yet we license payers are paying for his toxic views to be broadcast. Why?

“Where are the Green Party or Lib Dems?”

While on the show, he spoke about “gender theory” and “critical race theory” in schools and institutions and stated it was “appalling”.

As well as talking about “wokeism” he also hit out at the Government for their stance on healthier food options and if there should or shouldn’t be bans on unhealthy treats.

“It’s not their business, let businesses act how they want to act.

“I don’t want to be told by Government ministers what I can eat, thanks very much.”

BBC Breakfast airs weekdays at 6am on BBC One