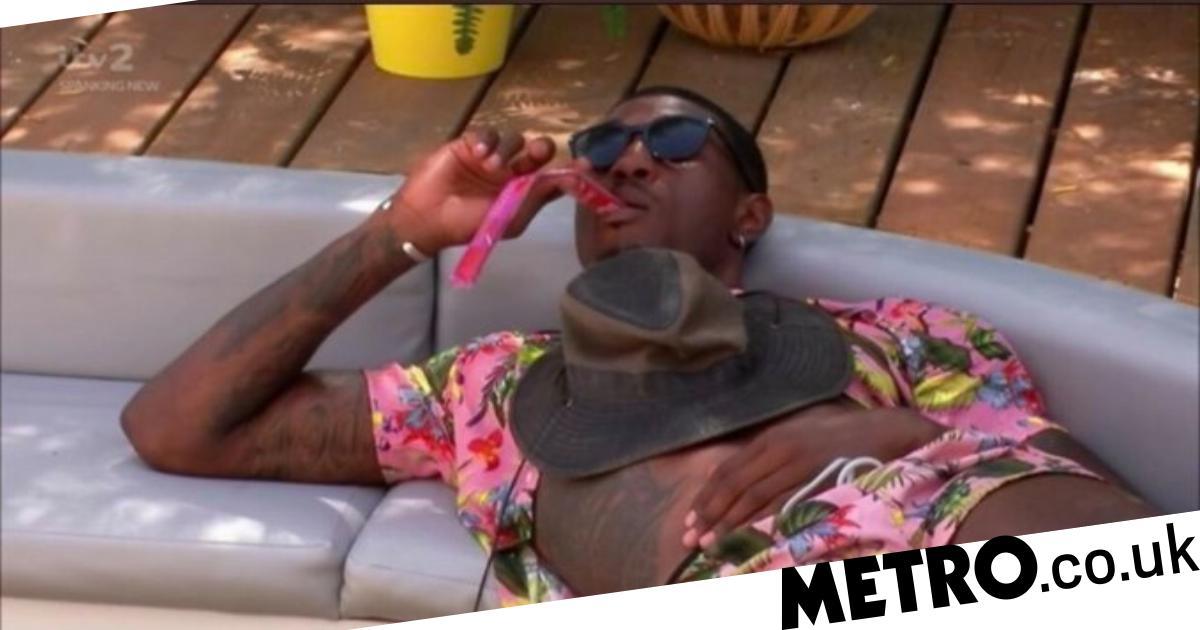 Ovie Soko may be flying solo in the Love Island villa after splitting from Anna Vakili, but he has all of our hearts.

The 28-year-old is a source of constant entertainment thanks to his on point style and meme-worthy reactions, and fans are particularly tickled by his constant references to a 90s cult classic – which are seemingly going over the heads of the other islanders.

Every time someone shouts ‘I’ve got a text!’ in the villa, the basketball player, without missing a beat, drops a reference to Don’t Be A Menace To South Central While Drinking Your Juice In The Hood – the 1996 Wayans Brothers comedy.

Ovie has actually been slipping in the reference for several episodes, but more viewers picked up on the moment in last night’s episode.

When Anton Danyluk received a text notifying him that he and Belle Hassan were going on a date, he shouted out the villa catchphrase ‘I’ve got a text’ – with Ovie, who was chilling on the swing with George Rains, adding: ‘Message!’

And those who got the reference immediately branded Ovie a legend:

For those of you not familiar with the reference, Keenen Ivory Wayans plays a mailman in Don’t Be A Menace who pops up to shout ‘Message!’ every time a moral lesson is doled out with the subtlety of a brick.

It’s not only Ovie’s excellent recall of 90s comedies that has viewers enamoured with him.

And he totally ruined Anna and Jordan Hames’ DMC on their date last week as he was caught dancing in the background while having the bants with Amber Gill.

However, our favourite Ovie moment could be the 6’7 athlete chilling post break-up in a hat and a pink printed shirt, while sucking on a Freeze Pop.

While Ovie and Anna have ended their romantic relationship, they are still in a couple and live to fight another day, after dodging the bottom three in last night’s dumping.

Danny Williams and Jourdan Riane were immediately voted off, while another couple will be ousted tonight.

We’re presuming Lucie Donlan and George Rains will be the unlucky pair, as they face Amy and Curtis Pritchard – and Amy has already quit the show.