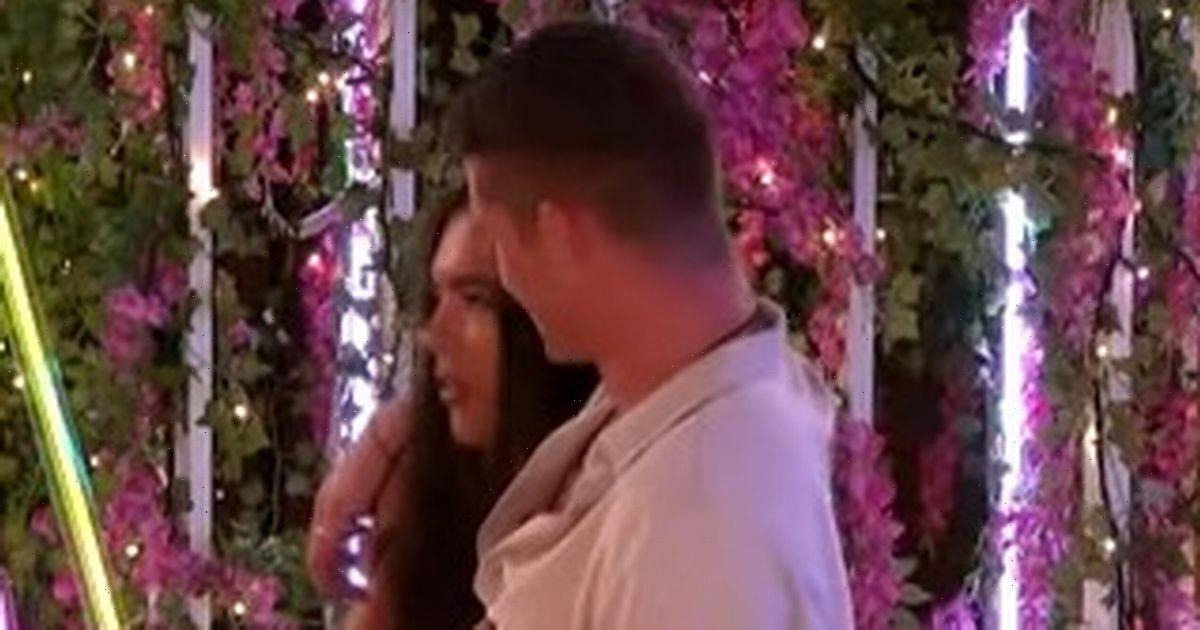 Love Island's Luca Bish's sister has hit out at Billy Brown, who already knows Gemma Owen, as he continues to flirt with her in the villa.

In a teaser clip shared ahead of the episode on Sunday, it sees Billy, 23, put his arm around Gemma, 19, as they enjoy some snacks in the kitchen and he teases: "Shall I feed you it? Will I get told off?"

To which Gemma replies: "Yeah, so get off me!" as she dramatically spins away with Billy, who is with Tasha Ghouri, apologising, adding: "On the sly!"

However, Billy doesn't realise that Luca is watching as the latter rolls his head back in frustration and says: "I'm just like… tonight, mate, my head's gone."

Taking to Instagram to discuss the spoiler video, Luca's sister Claudia, who is running his account while he's in the villa, held a Q&A titled: "Thoughts on First Look…"

To which one follower wrote: "Billy is overstepping and I think Luca's reaction is so warranted."

With Luca's sister replying: "Imagine watching the girl you have strong feelings for, being grafted by someone else in front of your eyes. Then being called controlling because you express it's uncomfortable?

"They're in such an intense environment with heightened emotions. Couldn't be prouder of the way Luca is handling himself!!!!!!!

"Really wish I could give him a squeeze and tell him Billy's a muppet" with heart emojis.

It comes after Michael Owen's daughter admitted that she already knows Billy after they met in Casa Amor last week, claiming that he's a "player".

Speaking to the girls as the boys entered the second villa, Gemma confessed: "I know one of them, the one in the grey top."

Later as all the Islanders met, Gemma admitted: "I know Billy, I feel like me and Billy have got mutual friends…"

To which Billy joked: "Alright, stir it up a bit!"

Gemma then later told the girls that Billy is one of her best boy mate's friends and claimed that he is a bit of a "player".

She explained: "I don't "know" know him, I've never met him. But one of my best boy mates on the outside is his best mate. He's a bit of a player like a lad's lad."

It comes after it was reported that both Billy and Gemma, who is coupled up with Luca, already follow each other on Instagram.

It also comes after Gemma's ex Jacques O'Neill made an explosive arrival into the villa last month, where he is now partnered with Paige Thorne.

A source told Daily Mail in June: "Billy is a ladies man and he's definitely going to bring some fireworks into the villa.

"He knows what he wants and isn't shy about going after someone he fancies – whether they are in a couple or not."

For the latest Love Island gossip and spoilers, make sure to sign up to OK!'s daily celebrity newsletter and Factor 50 – your one stop for all the latest villa news.