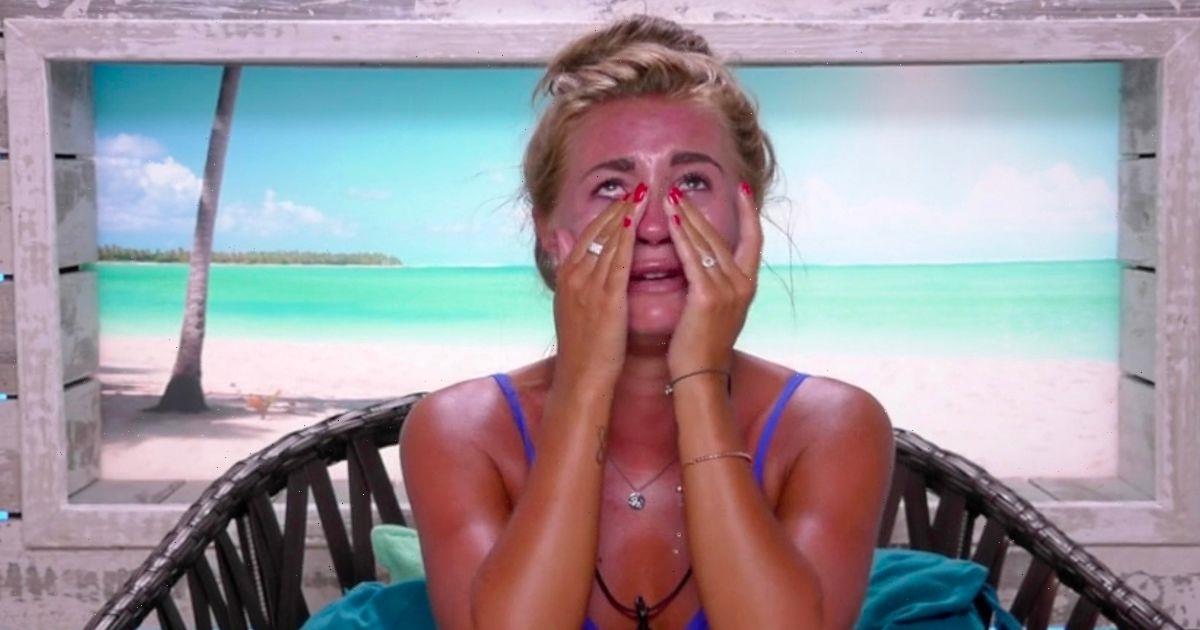 ITV's hit dating Love Island has become one of the most popular reality shows on British television.

Giving viewers the opportunity to see romance blossom between contestants, the programme has become known for the drama that often rises to the surface.

But as viewers know, when the drama begins to explode on screen, Ofcom complaints are soon to follow.

Throughout the years, Love Island has become notorious for receiving complaints from the government-approved regulatory, as some aspects of the show become uncomfortable to watch.

Now that the new series is finally in full swing, Daily Star has taken a look at the most complained moments from the ITV show.

After Faye was shown an out-of-context clip of Teddy and bombshell Clarisse Juliettè in Casa Amor, Faye saw red as she believed that there was a lot more going on than Teddy had let on.

For several minutes, Faye had a fiery outburst and a defenceless Teddy was left broken.

Feeling uncomfortable Ofcom was flooded with over 25,000 complaints from viewers as they clearly disliked Faye's behaviour on the show.

Following the incident, Faye who is still currently dating Teddy admitted to getting things wrong.

She said: "There were times I dealt with it completely wrongly. And everyone unfortunately got to see that."

"I’d be lying if I said that when I saw 25,000 complaints, I wasn’t upset – I was already embarrassed about the situation"

Casa Amor is usually the main cause of issues between couples and this was certainly the case for Dani Dyer when she saw a video of her partner Jack Fincham talking to a bombshell outside the main villa.

But Dani clearly didn't take things well and broke down in tears while talking in the Beach Hut.

Tying to string her sentences together while crying profusely, Dani showed her evident distress to fans at home but viewers clearly felt uncomfortable seeing her so hurt.

Knowing that Jack had been faithful to Dani while at Casa Amor fans were displeased with the way the video looked.

Rushing to Ofcom, Dani's tears caused the show to receive 2525 complaints at the time.

Hugo Hammond didn't have a smooth ride when he appeared on Love Island last year as he seemed to be quite unlucky when finding the lady of his dreams.

But viewers felt things were rather unfair when Hugo wasn't chosen by any of the female islanders during the Line Of Booty challenge.

The saucy game which saw the girls dress up as police officers to free a man of their choice from "jail" caused uproar amongst viewers when Hugo was the only islander not picked by any of the girls to take part.

During the week the episode aired, Love Island received over 500 complaints regarding the challenge and the treatment of Hugo overall.

Maura Higgins laying it on thick

Saucy bombshell Maura Higgins turned the villa on its head when she appeared on the show in 2019.

Though she offered viewers entertainment, sex appeal and a barrel of laughs, some fans were rather put off by Maura's antics when she appeared to flirt with Tommy Fury.

Tommy, who was still interested in his partnership with Molly-Mae Hague, tried to shut Maura's propositions down.

However when Maura tried her best to force Tommy to kiss her, fans at home thought it was time to issue an Ofcom complaint regarding her behaviour.

Islanders Lucie Donlan and Joe Garratt's relationship caused concern for viewers when they appeared on the dating show in 2019.

Although they were a couple in the villa, Lucie was also close friends with Tommy which Joe seemed to have a problem with.

As Joe's concerns continued to grow, many spectators believed that he was becoming "controlling" and Lucie's evident upset didn't seem to help matters.

Seeing that things were getting out of hand with the pair, a woman's charity also spoke about what was taking place on screen and said it was "a positive development" that fans were becoming more vocal about spotting possible "subtle signs of control".

After leaving the villa, Joe told The Sun he was "gutted that it has been perceived in that way" and insisted, "it wasn’t like that at all".

Love Island was hit with 302 complaints regarding Lucie and Joe's relationship.

2019's Love Island was also responsible for producing one of the most re-couplings in the show's history.

Curtis Pritchard who was originally partnered with Amy Hart had his head swayed when Amy was in Casa Amor.

Although he remained faithful, Curtis wanted to possibly start a romance with Jourdan Riane and didn't tell Amy until after he recoupled with her.

Amy's tears and the drama that followed after their union caused the show to receive 200 complaints at the time.

Despite only starting a few weeks ago, the 2022 series of Love Island has already received a number of Ofcom complaints.

Fans of the show were left concerned regarding Gemma Owen who is 19 and 27 year old Davide Sanclimenti's age gap.

During her first date with Davide, Gemma reassure him that age was not an issue. She explained: "No, it's not an issue for me at all. I feel like if it was I wouldn't have wanted to get to know you in the first place.

"And, as I've said, I have been speaking to guys and seeing guys that are much older. It's not something that I’m not used to or that you’re the only one or anything like that, it's very normal for me."