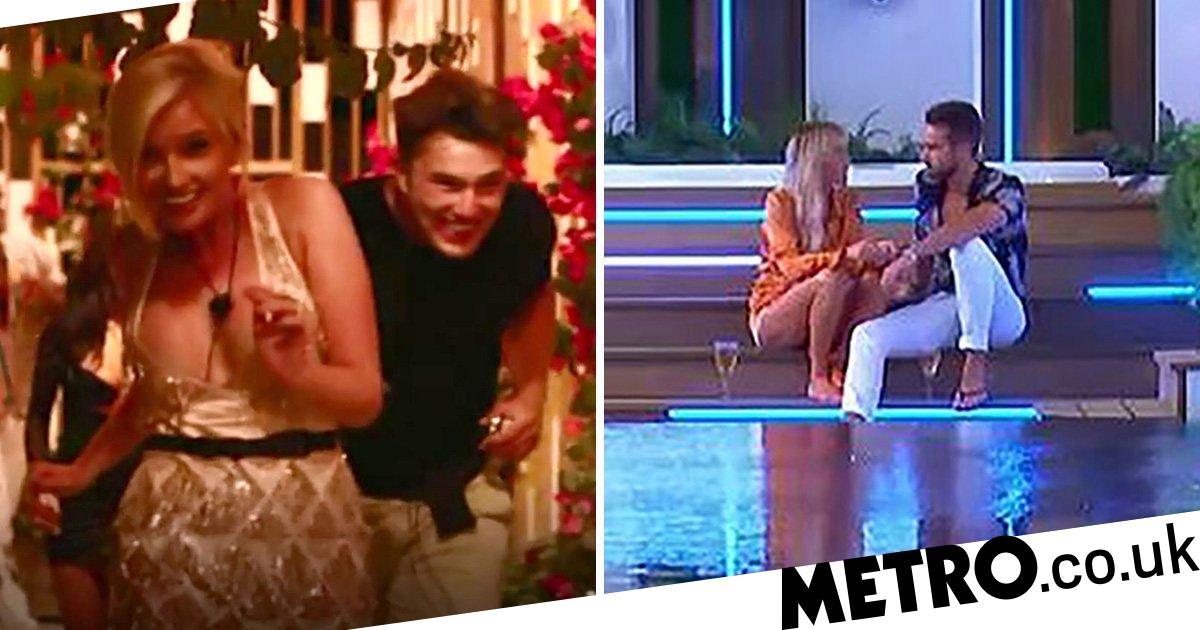 Love Island fans noticed there was an awkward editing fail which showed Curtis Pritchard and Amy Hart holding hands last night – but that’s not the only time the edit hasn’t made much sense.

It might be the greatest dating show ever made (a bold claim, but we’re sticking with it) but even Love Island isn’t immune to a bit of dodgy editing every now and again… and here’s the bits that left fans saying ‘huh?’

For the past few episodes, we have seen Amy and Curtis on… let’s just say not the *best* of terms, with her calling him a ‘p***k’ on several occasions for the way he unceremoniously dumped her after having his head turned by the new bombshells who entered the villa during Casa Amor week.

So it’s no wonder people were a little shocked to see the former couple holding hands as they happily skipped down to watch Craig David’s DJ set in the villa in last night’s episode.

Fans were convinced a crucial scene had been edited out for the couple to all of a sudden be on good enough terms to be holding hands again.

Laura Anderson and Paul Knops teleporting up some steps

In 2018’s series, fans spotted that Laura Anderson and Paul Knops appeared to teleport up a couple of steps during a conversation by the pool.

The couple were initially seen sitting close to the water, with Paul dangling his foot in the water as they spoke.

A shot later, the couple were seen further up the steps, and the glass of wine that Paul had had between his feet seemed to have vanished into thin air.

In last year’s series, fans were shocked to see ‘loyal’ Georgia plant a kiss on Jack – when he was coupled up with one of her closest pals in the villa.

Georgia continued to deny that she had been the one to instigate the kiss, despite there being literal video footage of how it went down… until viewers spotted something which didn’t quite add up in the snog scene.

Viewers took this to mean the kiss had been filmed twice in different angles and perhaps Georgia’s account could be more true than it seemed on screen.

During an episode of last year’s show, Georgia and Dani had a row which resulted in her stalking off, and Dani’s boyfriend Jack Fincham called her a ‘little sh*t’ as she strutted away.

Fans were convinced something had been edited out as the way the argument ended had made no sense in context and were sure Georgia had said something else to provoke that reaction from Jack.