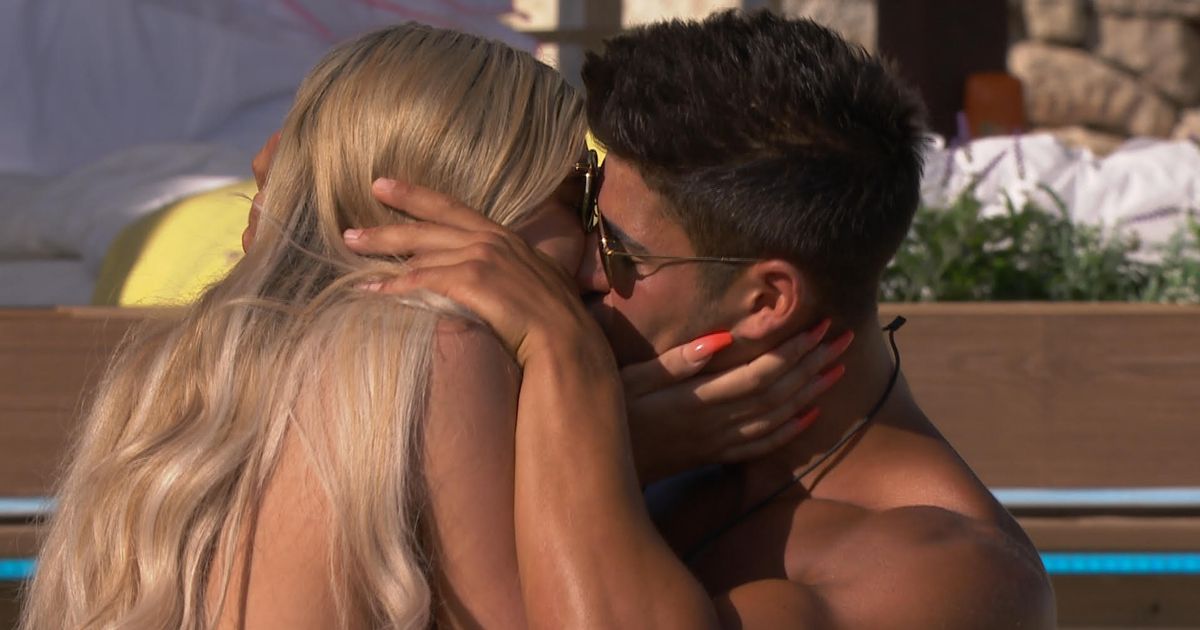 Love Island's Anton Danyluk hasn't had the easiest of rides in the villa – he's been pied off more times than he's had hot dinners.

But a sneak peek at tonight's episode seems to show his luck is changing as he's caught snogging new girl Belle Hassan.

Makeup artist Belle, who is among a bevy of new beauties to enter the villa after the established girls were moved out to Casa Amor, is seen grabbing Anton's face in the garden and planting a full snog on his lips.

Scottish gym owner and bum hair confessor Anton responds in king by holding Belle's blonde hair back with his hands as he smooches her.

The pair appear to be sitting away from the rest of the group, meaning this hopefully isn't part of a challenge but is the real deal.

It's a stroke of luck for Anton, who has consistently been rejected by four of the Islanders.

He attempted to put the moves on Amy Hart on the very first day, but she had already fallen for Curtis Pritchard.

Anton then turned his attention to Lucie Donlan, who at that point was more interested in her triangle with Tommy Fury and Joe Garratt, eventually picking Joe.

Anton wasn't deterred, however, launching Operation Double-A in a bid to win Anna Vakili's affections – but she wasn't interested, so he then tried to get with model Arabella Chi, who only had eyes for Danny Williams.

Unlucky Anton did seem to have a good thing going with lash technician Elma Pazar, but he was dealt a devastating blow when the Islanders voted for her and Joe to be dumped from the villa due to incompatibility with their partners.

But 21-year-old Belle seems likely to show Anton a better time, as she admitted before entering the villa she "definitely" fancies him.

"Tom Walker [who has since been voted out] is good looking too and Tommy Fury is gorgeous," she added.