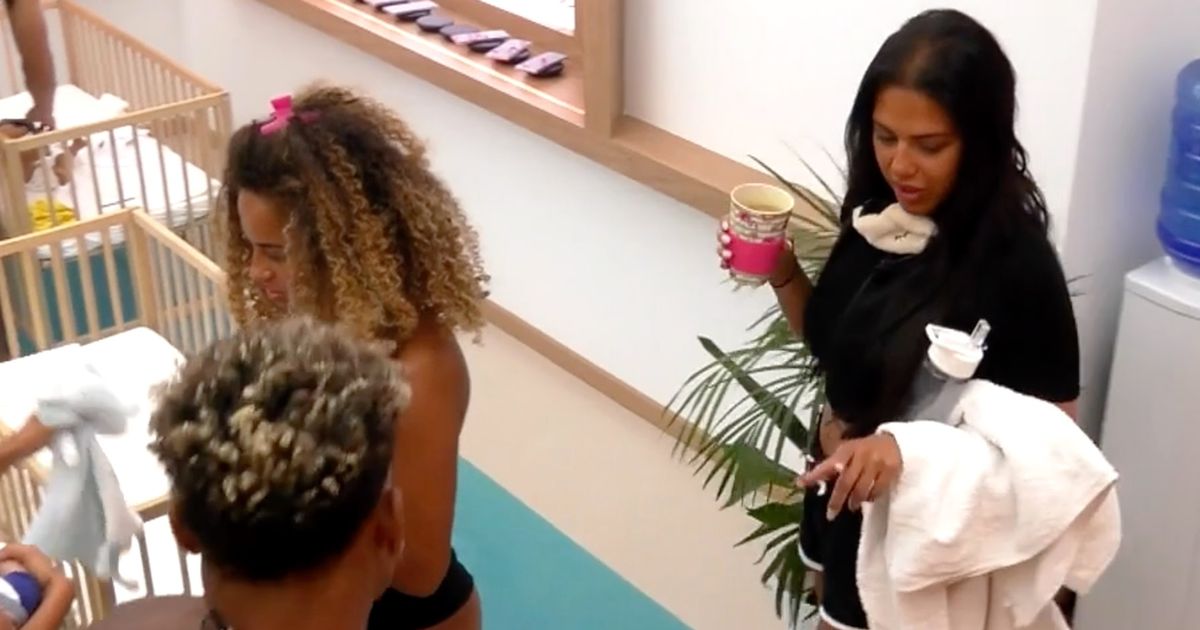 After their explosive row in the garden, Jordan desperately tries to explain his actions, but Anna can't believe what she is hearing.

The pair are driven further apart by the shock arrival of a screaming baby as part of the challenge to find out who the best parents in the villa are.

Refusing to look after the new-born child, Anna then claims Jordan has 'cheated' on her with someone else.

Seething Anna says: “I don’t want a baby with him [Jordan].”

Anna insists that the baby is not hers and that Jordan will have to be a single dad.

Speaking in the Beach Hut, she says: “Jordan is single dad to I don’t know whose baby that is, because it’s not mine. He probably doesn’t even know whose baby it is himself.”

As Jordan cradles their newborn, Anna makes a savage dig at her boyfriend as she walks passsed.

Referencing how many girls he claimed to have had sex with, Anna says: "That's one of your 100 girls' babe."

Will she put her differences with Jordan aside to look after their baby?