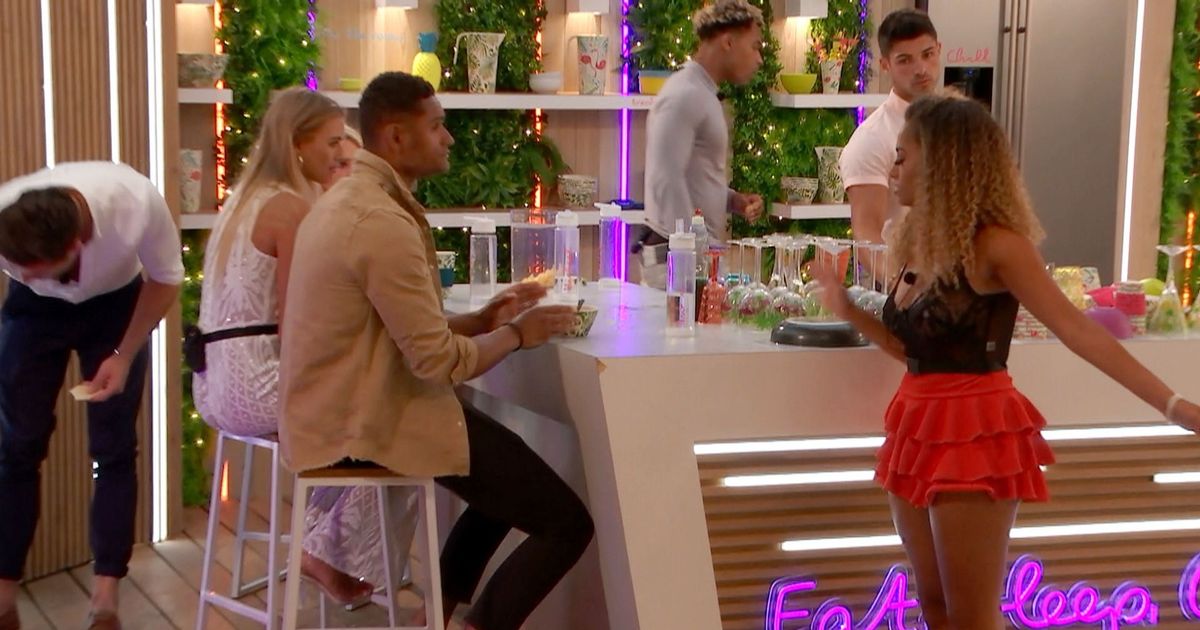 The trio were accused of "bullying" after their angry remarks about Danny Williams tonight.

They were all upset tonight after Danny recoupled with Arabella, resulting in their pal Yewande being dumped from the villa.

Anna repeatedly told him "bye", while Amber told Danny that his word meant "f*** all".

Fans flocked to Twitter , shocked at their "childish" reactions.

While another commented: "Amber, Amy and Anna are toxic , f*** them #loveisland."

A third remarked: "Girls are pathetic proper bullying Danny I don’t like Amber, Anna and Amy, Amber trying to get Danny to say something to make him look bad but he didn’t bite and she’s raging #LoveIsland."

"#LoveIsland – I’m sorry but amber is so childish, same as Anna and Amy, absolutely pathetic," another wrote.

Even James Jordan got involved, tweeting: "I will say it again….. A LOT OF MEAN GIRLS IN THE VILLA THIS YEAR! #LoveIsland."