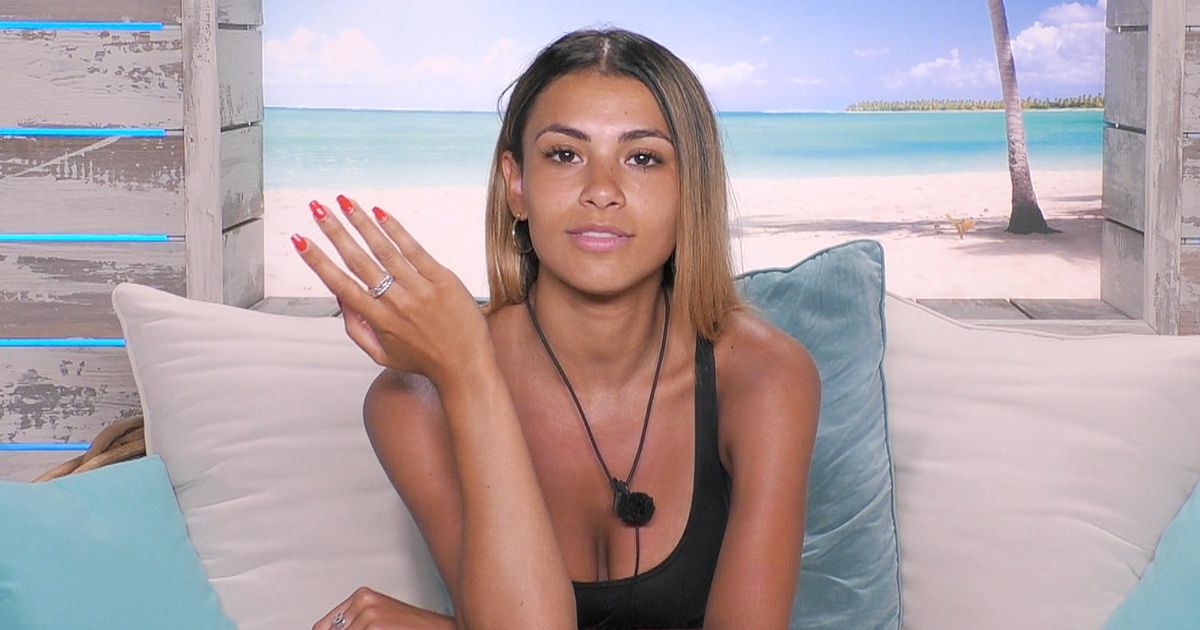 Amber Gill and Joanna Chimonides will have a dramatic showdown on tonight's Love Island .

The girls have bot got off to the best of starts in the villa after that explosive recoupling.

Amber was horrified when she came down the stairs and discovered that Michael Griffiths had dumped her for the new girl.

The villa then erupts into a blazing row as battle lines are drawn between Michael and Amber.

But Love Island bosses are clearly keen to stop the hostility, so organise a friend-date between Amber and Joanna.

The day after the recoupling, and that epic argument, Amber receives an unwelcome text.

It reads: “Amber and Joanna, you are going out for a catch up. Please get ready to leave the villa. #storminateacup”

Amber puts on a brave face and is keen to ask Joanna some questions.

However, Joanna doesn't seem pleased that she is being put in an awkward position.

At least the girls do have one thing in common that they can bond over – Michael.

Will they be able to sort out the drama between them?

This comes after Michael lashes out after coming under fire from Amber and Anna.

He labels Amber "pathetic" during a blazing row and claims she is making him out to be a "d***head".

Can they ever settle their differences?