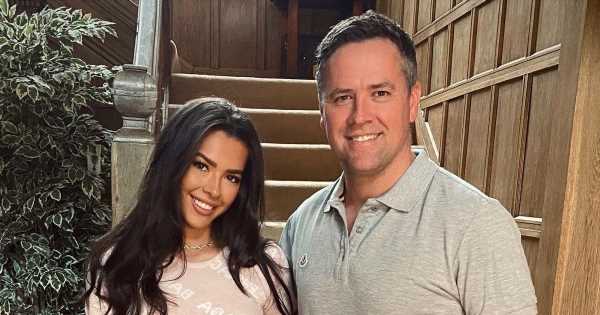 Shaughna Phillips has come up with a theory as to why Love Island viewers haven't seen the highly-anticipated reveal of Gemma Owen's dad.

Fans of the ITV2 dating show were shocked when they found out during Sunday night's episode of spin-off show Aftersun that the Islanders all knew that Gemma's dad was famous footballer Michael Owen.

Ikenna Ewonna, who was recently dumped from the island, told host Laura Whitmore: "'We didn't really know until the second or third day but I don't think the girls knew the guys knew."

Talking about why the moment wasn't possibly aired on TV, Love Island columnist Shaughna, 28, exclusively told OK!Magazine during a weekly live Instagram Let's Chat, Hun why this could have happened.

After it was pointed out just how random Ikenna's unexpected reveal was, Shaughna guessed: "I think it may be because it happened in a way that they can't show it.

"Because when the bombshells come in, we always seem to get a little bit of outside information before they're told to stop talking," the star explained.

"So maybe one of the bombshells, probably Jacques [O'Neill], said it, and it happened in a way that they couldn't really air it."

Her theory does make sense given that Gemma and Jacques were in a long term relationship that ended before they entered the villa.

Gemma is currently coupled up with Luca Bish and this week has taken part in a raunchy lap dance challenge where she let her sexy side out and sucked her mans finger.

The football icon took to Twitter minutes after Gemma, 19, appeared on the ITV2 dating show wearing a black thong bodysuit as part of a sexy challenge.

He simply posted an emoji of a face with two hands covering the eyes in view of his 3.7 million followers.

Michael's message racked up over 25,000 likes in minutes.

"Dunno if you should be watching tbh," a third person said.

"All I was thinking through that was what would Michael Owen be thinking," a fourth said.

It comes just says after Michael was left red-faced after being introduced as "the father of Love Island's Gemma Owen" ahead of England's match against Germany.

The former Three Lions striker was on punditry duties for Channel 4, a day after his daughter made her first appearance on the ITV2 reality show.