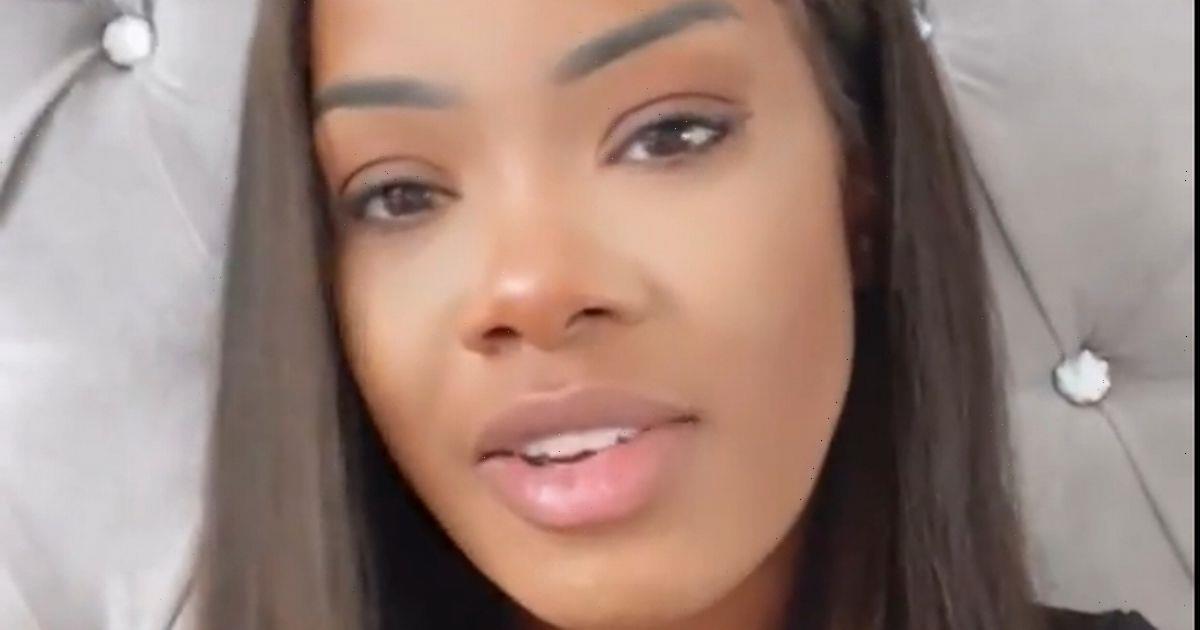 Rachel Finni slammed Love Island bosses after the ITV dating show introduced a new coupling format, which involved the public choosing the villa couples instead of the islanders themselves.

The former Love Island star, who appeared on last year's series, claimed ITV brought in the new coupling format as they "didn't want to take responsibility" for black girls being picked last during the show's coupling scenes.

Earlier this week, Love Island returned for its eighth series, which meant a new cast of sexy singletons landed in the villa in a bid to find love in the sun.

However, viewers and islanders alike were shocked when host Laura Whitmore revealed the islanders wouldn't get a say in who they paired up with during the first coupling.

Instead, it was members of the public who had all the power and were able to vote for the singletons they wanted to see coupled up.

Brunette beauty Rachel, 29, hit out at Love Island bosses for the coupling format during an exclusive Instagram Live chat with Daily Star.

She said the show's new coupling format was a "tactical" decision by ITV designed to protect them as they wanted to avoid responsibility for a black girl being picked last.

Rachel claimed: "The show has been going on for how many years now? The public getting involved wasn’t because they wanted us to be a part of the show it’s because they didn’t want to take responsibility for the black girl being picked last.

"So they said 'okay let’s make sure everyone is guaranteed to be picked, it won’t be done in order and if anyone has a problem with who they’re coupled up with, we as the show can’t take the blame because it would have been other people that done it'."

She believed the public vote put the islanders in a "forced" and "uncomfortable" situation which was "not fair" on them, insisting their choice shouldn't have been taken away from them.

Rachel continued: "I think it’s tactical, not to save other people from watching the show. Do I think we should do that again? Absolutely not because it’s not fair on the islanders. We have only seen an edited VT that was put out about these characters to get to know them, people go on the show to have their pick it’s not our choice to take it away from them.

"It’s an uncomfortable situation to put people in. Of course the initial spark was missing, you pick someone off that spark, you completely take that out of their hands, it was a very forced situation."

Rachel entered the villa as the first black bombshell and had to choose between Brad McClelland and Chuggs Wallis to couple up with.

She eventually chose Brad, but their coupling didn't last long as he ended up ditching her for Lucinda Strafford.

Since leaving the show, Rachel has claimed the programme has a lack of diversity – with many viewers urging the show to ensure women of colour are not failed – however the star has stated she is impressed with this year's initial line-up.