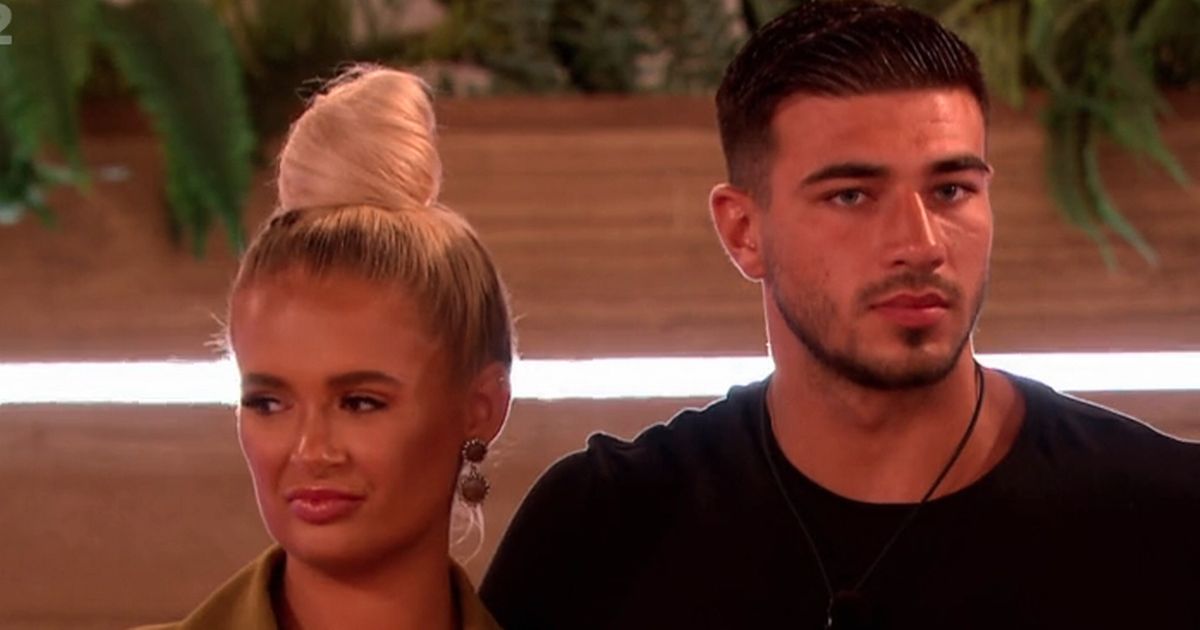 Tonight is the night where one hot couple will be crowned the winners of Love Island 2019.

In the running are Tommy Fury and Molly-Mae Hague, who've been coupled up since day one; Maura Higgins and Curtis Pritchard; Amber Gill and Greg O'Shea and Ovie Soko and India Reynolds.

Never has a final had more fans divided, with many planning to vote to stop favourite Molly and Tommy from winning amid claims she's 'faking' her feelings.

Amber and Greg have now emerged as last-minute front-runners, while Maura and Ovie's individual popularity is giving both their pairings a fighting chance.

But with the competition so tight, tensions behind the scenes have reached a whole new level as Islanders lock their eyes on the £50,000 prize.

From sabotage and secret fights to the Islander 'determined to win' at all costs, Mirror Online takes a look at what's really going on behind the scenes…

From day one, Molly and Tommy have been the favourites to win. They're officially boyfriend and girlfriend and have even exchanged 'I love yous'.

In fact, Molly is so confident of their standing that she said her villa-mates would have to be 'idiots' to vote them out.

And in a bid to maintain pole position, the social media influencer has been accused of trying to sabotage strong romances among the other Islanders.

First up, fans claimed she attempted to turn Amber off Michael Griffiths when he tried to win her back following his fling with Joanna Chimonides.

And she was visibly annoyed when Amber and Greg were announced as finalists before her and Tommy in last night's dumping.

Fans also suspect she'd have voted the pair off in Friday's savage vote – if Tommy hadn't blocked it.

"Amber's come in here and she's not really found anyone who makes her laugh and smile like Greg does," Tommy agruged. "It would be a bit unfair to chose them."

Instead, Molly turned her attentions to another fan favourite – Anton Danyluk and Belle Hassan.

The pair had been tipped to win, but Molly argued that the one row they had at the beach club meant they weren't a good match.

"They've had a very, very large row. One that they nearly didn't get over. And then that silly number thing that Anton did," she said, despite refusing to vote the forever-bickering Maura and Curtis out.

"I don't want to vote for them but if we don't go on facts, it's wrong. It's not the right thing to do, so send the text," she instructed Tommy.

Belle and Anton were ultimately given the boot on Sunday, and after leaving, Belle accused Molly of trying to take out the competition.

"I do think that was tactical," she said, sniping that Molly has "too many opinions" sometimes and "can be two-faced."

"Personally, I think me and Anton are well suited. Again, everyone is entitled to their own opinion, but you know what at the end of the day people see it for what it is," she said.

"Everyone’s got to make a decision, I just hope that her reasoning was pure."

The Islander vote-off also saw Maura and Curtis' villamates discussing their 'regular' clashes – something that hasn't been seen on TV.

And dumped Islander Jourdan Riane – who left the villa with Danny Williams – revealed fights do happen behind the scenes and don't make it to air.

On one occasion, it was Ovie who apparently rubbed the boys up the wrong way by defending bestie Amber when she returned from Case Amor to find Michael had coupled with Jo.

"It just wasn't perceived in the best way by the rest of the boys, it didn't go down too well," she said.

"In recoupling [Amber] was stood there alone and he was just like: 'That's it, you're a boss, you've got this'.

"It could have turned into something bigger but thankfully it was a case of 'just leave it.'"

Many suspect Maura and Curtis aren't everything they claim to be, with fans claiming the Irish sex-pot looked visibly 'repulsed' when they won a night in the Hideaway.

And things went from bed to worse the minute they arrived at the boudoir, with Maura ordering Curtis to take off his 'unmanly' floral robe and red feather boa.

"I can't take you serious with that f***ing kimono on," she shouted as they stood at the foot of the bed.

"I've been saying that you're a manly man and this is not manly."

"Maura and Curtis don't fit, she's repulsed by him," observed one viewer.

"Maura must be really desperate for 50k, she looks utterly repulsed by Curtis most of the time," sniped a fan.

"Why is Maura looking legit so repulsed by Curtis right now?" agreed yet another.

Their final date was equally awkward when  Maura told Curtis she 'likes everything about him' and instead of returning the compliment, he just smiled uncomfortably.

And Maura's mum didn't seem to be a fan of the pairing, refusing to tell her daughter what she thought of Curtis during the parent visits on Sunday.

After a huge pause, she finally told Maura she was leaving the decision to her.

“He’s nice. I’m trusting your judgement. And I know you’re not a bad judge of character. If you’re happy, then I am happy," she said.