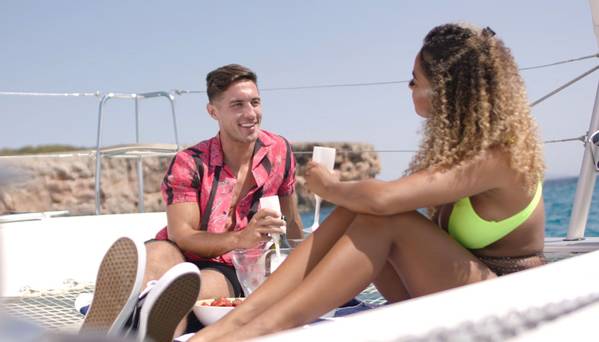 Laura O’Shea, from Corbally in Limerick, was speaking after Anton and Belle got their marching orders last night.

She told the Herald she trusted Greg’s judgment and said of Amber: “There’s nothing I could say against her. They seem to get along so well and are so smitten.

“I trust Greg, so she must be a good lady. I’m sure he might be a little worried about what his older sister thinks.”

Entering the villa, Greg revealed he had previously been in a serious relationship for four years.

Laura (28) said it was nice to see him bounce back with Newcastle girl Amber by his side. “It was rugby and college all the way with him 24/7. It’s nice to see him enjoying himself. His life has been serious so far,” she said.

“He’s still human. He has a past and he has dealt with it. It’s lovely to see him happy and smiling.

“His approach going in would have been to take it day by day and just have fun – ‘If they like me they like me, if they don’t they don’t’. That would be in our fam- ily, to always be yourself and be a nice person.

“It’s panning out really well because with TV you never know what way it might be skewed.” Carol came with a gift for Amber – a lucky shamrock to show her appreciation for how nice she had been to her son.

Greg would definitely have been mindful that Carol was tuning in to his antics in the villa, according to Laura.

“Somewhere in the back of his mind he’s thinking, ‘Mam is watching this’,” she said

“Amber seems nice and Greg is a mammy’s boy and if he likes her, she’ll like her. I think she will get on well with the family.”

It will be a busy few weeks for Greg and Amber as they readjust to life outside the Mallorcan villa and begin the many interviews and social events that come with being an Islander.

With his gran dying during the series, Laura said Greg’s first port of call would be to visit his other granny.

“She mightn’t have known too much about the show, but she’s getting all the hype about it.

“There will be a media trail so they’ll probably be stuck in London for a while before we get to bring him back to Limerick.

“Greg will also have his sporting career to think of as the Shannon clubman will rejoin the Irish Sevens team when he emerges from the TV bubble.

“They’ll be preparing for the World Cup in Hong Kong in 2020. It’s all very exciting.”