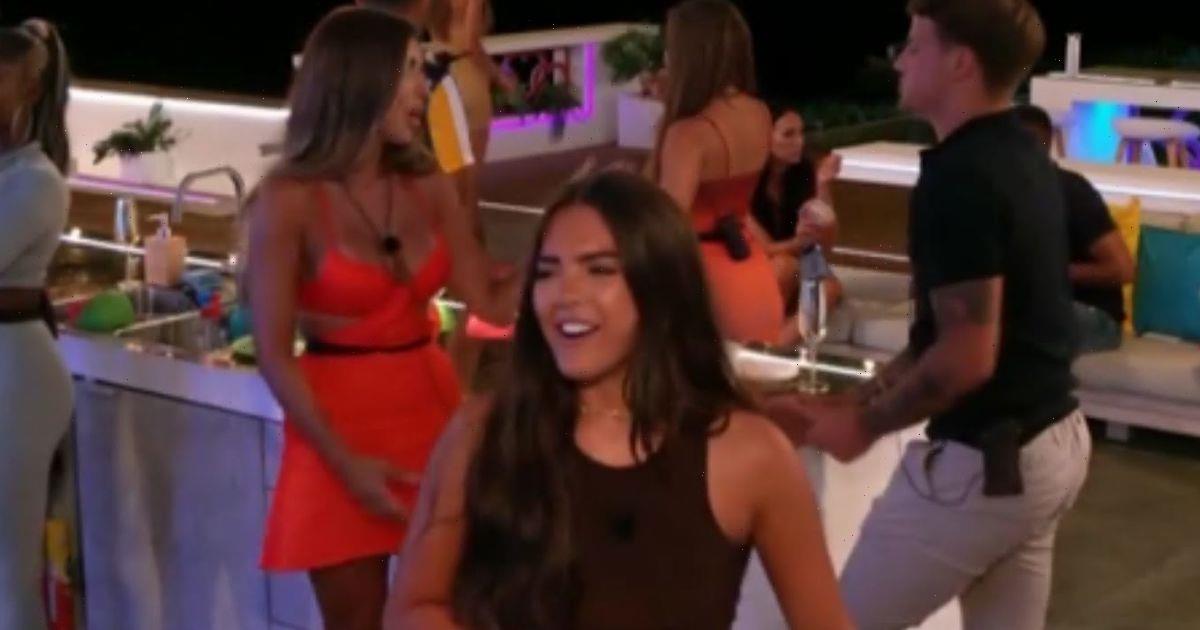 Love Island's Gemma Owen walked away from her beau Luca when "meeting the parents" was mentioned by pal Ekin-Su.

After Ekin-Su and Davide became an official exclusive couple, Gemma and Luca flocked to Ekin-Su for a chat where the trio spoke about being exclusive.

Indiyah Polack, who is exclusive with Dami Hope, welcomed Ekin-Su to the "exclusive club" before Ekin-Su told Gemma that she was part of the club too.

Ekin-Su quickly brought up how solid Gemma and Luca were, without the words exclusive even being a part of their relationship.

She then said: "All you have to do is meet the parents now," at which point Gemma turned to walk away momentarily, looking unimpressed and slightly "bitter" according to viewers on Twitter.

Luca looked surprised when Gemma did this, and soon after the pair sat down for a chat, where Gemma explained that she's happy not being exclusive and prefers things how they are.

But fans at home were less than impressed with the antics and thought that Gemma was stealing the limelight from her best friend, and that she secretly has got the "ick" but it's now "too late" to break up with Luca.

"Look at how Gemma reacted to Ekin and Davide becoming exclusive? She’s so bitter," penned one viewer on Twitter.

A second said: "You best believe I’m waiting for parents night so Gemma’s mam tells Luca to do one, Jesus.."

Another added: "In all seriousness does Gemma even like Ekin-Su?? She always seems annoyed when Ekin’s on a high about something."

A third chipped in: "Do you think that the key will be meet the parents? This will break Gemma's and Luca Bish's chances surely?"

Someone then noted how they think Gemma isn't into Luca as much now: "I feel like Gemma has gotten the ick with Luca but it’s too late to break up now."

Another then echoed: "Convinced as soon as gemma leaves the villa she’s gonna sack luca off and say it either ‘just didn’t work out’ or say it was cus her mum."

*Love Island airs weeknights and Sundays at 9pm on ITV and ITVHub, with Unseen Bits airing on Saturdays