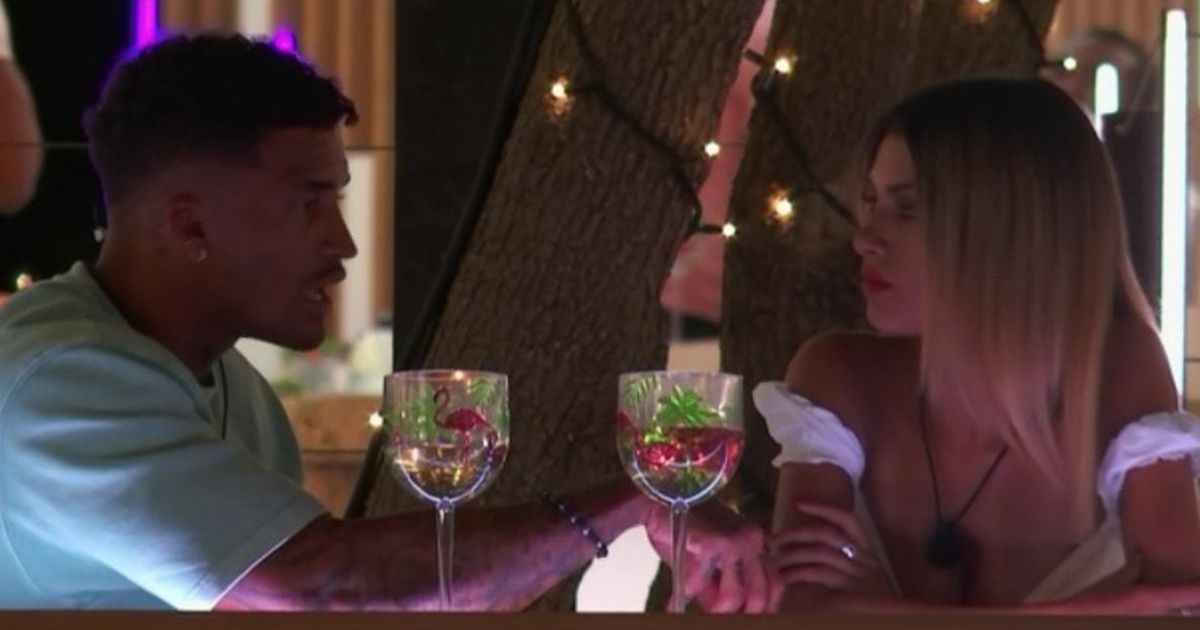 Love Island 's Michael Griffiths is making a firm play for the villa villain as fans raged against him over his complaints about ex Amber Gil crying.

Amber broke down to gal pals Anna Vakili and Maura Higgins by the fire pit as she confessed that she still has feelings for the fireman.

But as she tried to hide her emotions, a less than impressed Michael moaned that Amber was "winning" with her tears and Joanna readily agreed.

The pair bitched about an upset Amber as viewers fumed that he was being "cruel" and "heartless".

"Michael and whoanna are so f***ing cruel, literally making fun of her for being upset F*** OFFF," said one angry viewer on Twitter .

"A girl is sat there crying her heart out over you and you really have the audacity to turn to ur new ting and say 'don't let her win' She's human letting out her emotions how heartless are you man?!" raged another.

"Amber is sat there crying and Michael and Joanna are still discussing her ‘winning’. Naaaah this man actually mad," said one.

Others mocked the couple – who paired up after Casa Amor – for only talking about Michael's ex: "What else does Michael and that girl talk about beside Amber?"

Another added: "Michael & Joanna are so not suited and genuinely have the s***test chat."

Joanna complained to Michael that Amber crying was "annoying".

Michael then told Joanna: "If you let it get to you too much then she wins. She doesnt' win because at the end of the day you've came in for what you wanted and you've got it."

Joanna added: "It sounds so selfish but I want someone to come in that is perfect for her and make her happy."