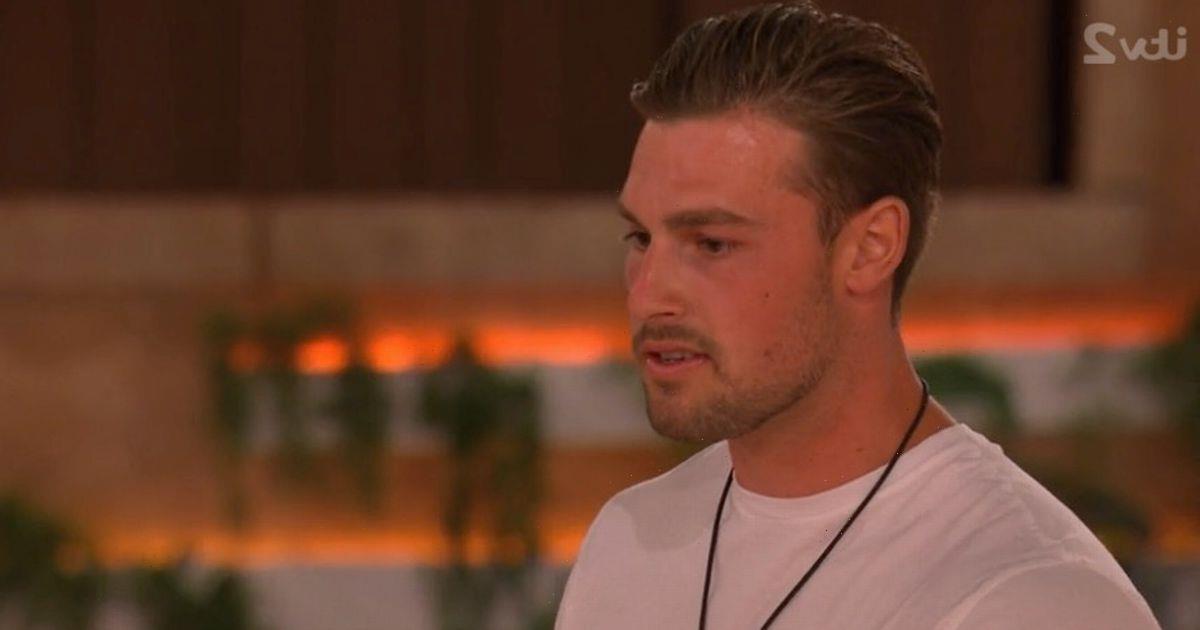 In Monday 18 July’s episode, the estate agent, 27, defended his girlfriend after overhearing Luca Bish and Dami Hope talking about their relationship and him being "used" by Tasha.

"You do realise we can hear everything, right?" Andrew asked, walking over to speak to confront the boys at the fire pit.

"Why are you getting mad?" Luca asked. "We'd say the exact same as what we've been saying."

"Apparently you'd say everything to my face, but obviously you haven't," Andrew continued.

Luca replied: "I'm telling you now, there's more brutal stuff she would have got that she didn't get."

Andrew was clearly unhappy with what the boys had been saying, reiterating: "Both of you said, 'We'll say it to your face, straight up' and everything."

"I never once said I feel like you're being used," Luca replied, with Dami repeating that they would say it to his face if that's what they thought.

Fans took to Twitter to praise Andrew for standing up for Tasha, with one writing: “Andrew finally grew some balls and confronted them,” with a heart eyes emoji.

“Dami and Luca think Andrew could only be upset with them because of Tasha like no HE IS MAD AT YOU,” another wrote.

While one fan tweeted: “People need to understand that Andrew is upset because Tasha is his girlfriend now and the guys still haven’t stopped bashing her.”

One fan went one step further, explaining: “The boys are p****d that Andrew is actually sticking up for Tasha because they’d rather have their friend’s validation than be good with their own partner.”

“Never thought I’d say it but Andrew was a real man for sticking by Tasha,” wrote another. “Luca and Dami are a pack of p****s and do not have an ounce of respect for women.”

Some fans went one step further, accusing the boys of bullying Tasha before Andrew intervened.

“Is the show Love Island or Bully Island?” asked one fan. “What it looks is Dami and Luca have the green card to bully Tasha and also Andrew. Its very uncomfortable to watch.”

While another tweeted: “Dami and Luca are being total bullies, how can nobody else in the Villa see this? Tasha and Andrew aren’t my favourite couple, but this is uncomfortable."

One commented how they felt sorry for them: “Never thought I would say this but I’m feeling sorry for Tasha & Andrew at this point man. Yes there’s being sensitive & then there’s being picked on constantly.”

“Acc feel bad for Andrew and Tasha," wrote another. "Dami was fake as s**t to Indiyah and Luca is just crying cause Gemma won’t make it official with him.”

One fan questioned: “Why does it bother Luca and Dami what happens between Andrew and Tasha? They can’t keep on top of their own relationships.”

For the latest Love Island gossip and spoilers, make sure to sign up to OK!'s daily celebrity newsletter and Factor 50 – your one stop for all the latest villa news.