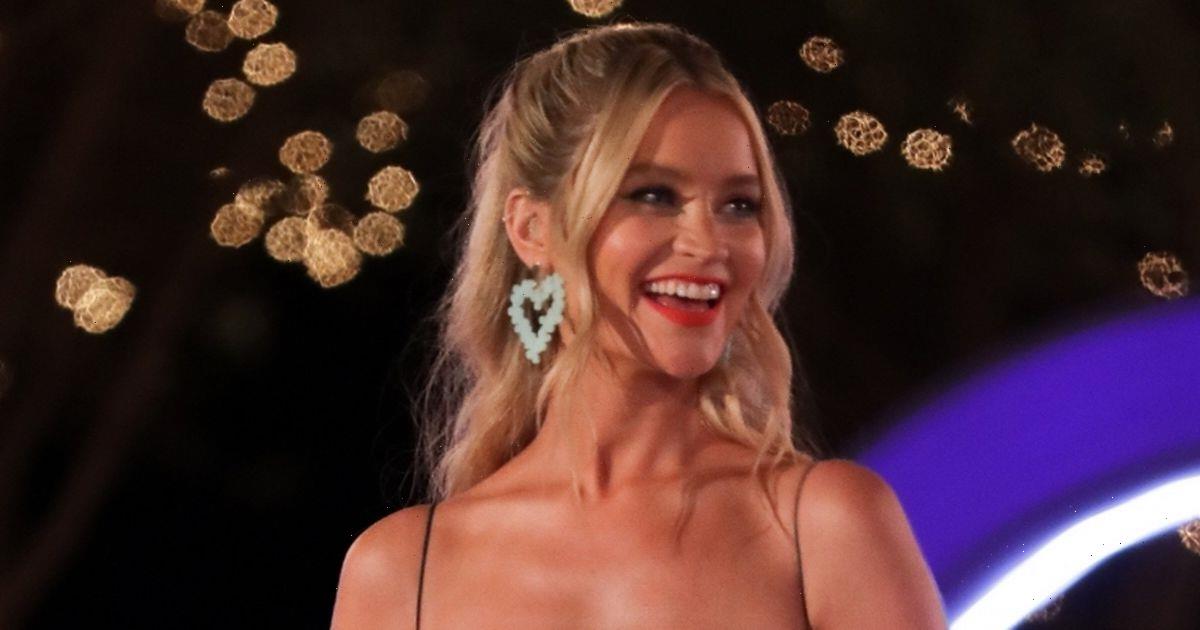 Love Island fans have called on Laura Whitmore to be replaced ahead of the next series of the hit ITV2 dating show.

Laura had been surrounded by controversy after an episode of Love Island Aftersun raked in over 400 Ofcom complaints about comments made towards contestants.

Now, the mum-of-one has found herself in the firing line after posting a video on TikTok shortly before Monday [August 1] night's grand final.

The blonde presenter stepped out in a rare and pre-loved jumpsuit designed by Gianni Versace, which was first worn by 90s supermodel Shalom Harlow.

During the clip, Laura attempted to replicate the dance made famous by Shalom but fans were far from impressed.

Captioning her upload, Laura penned: "It's the final baby!!! Wearing this pre-loved archive Versace Piece and I'm in love!!! Can I couple up with a jumpsuit please?!!"

Her upload has since been flooded with comments from fans requesting that bosses find a replacement for Laura.

One wrote: "Get someone else to present the next series."

"Even Versace makes mistakes," commented one.

While a third penned: "Laura Whitmore should be fired for her outfit tonight alone."

"Need Laura Whitmore sacked #LoveIsland. Cause what is this, I've actually had enough," typed a fourth.

Meanwhile, ITV furiously defended Laura after Ofcom were flooded with over 400 complaints.

Viewers weren't happy with Laura's comments during an episode of Aftersun, specifically those made about islander Ekin-Su Cülcüloğlu.

In a statement, ITV defended Laura saying: "Laura is the presenter of the show, and part of that role is to pose questions to the panel and discuss events in the villa."

They continued: "We do not condone trolling against either our host or our Islanders and any subsequent elevation of these comments."

Meanwhile, a spokesperson for Laura told the Daily Star: "Laura’s job as the presenter of Aftersun is to ask questions relating to what is happening in the main show. This is all that Laura has done on this occasion and suggesting otherwise is simply unfair and false."

"This is her job, she's a host, obviously it's a different vibe from what we've had over the past couple of years with Caroline [Flack].