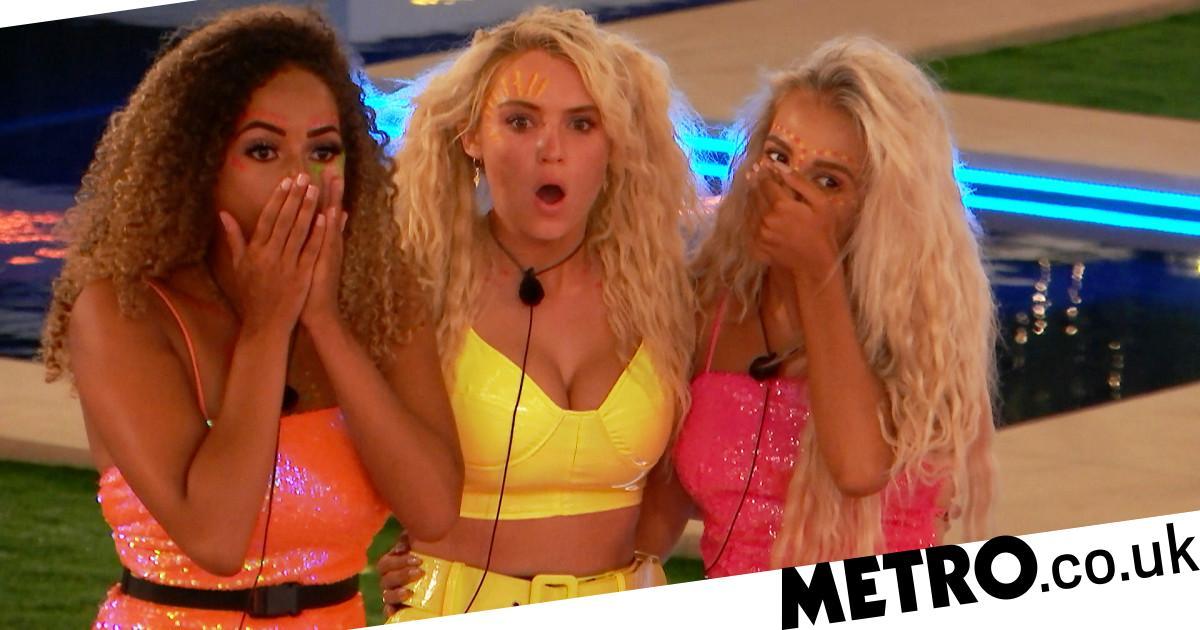 The Love Island villa is set to be ripped apart tonight when Caroline Flack arrives with a twist up her sleeves for the upcoming dumping.

Having already seen Yewande pack her bags earlier in the week, the cast of 2019 are rocked once again when Caroline reveals that another savage surprise is on the cards.

Breaking the news in scenes that will air in just a few hours, Caroline begins: ‘Islanders, I’m sure you’re all wondering why I’m here.

‘I’ve got some very important news for you. The public have been voting for their favourite couple. Three couples have been saved by the public.

‘The remaining Islanders are all at risk of being dumped tonight. I’m now going to reveal the three couples who are safe and will continue their stay on the Island.’

As the Islanders huddle nervously around the fire pit, Caroline reveals the three couples who have been saved, before dropping another bombshell on the four couples who are left:

We told you it was savage.

Whose time in the villa is about to be cut short? Only time will tell…

So far Yewande, Joe Garratt and Elma Pazar have been dumped from the series five villa while Sherif Lanre was axed after kicking Molly-Mae in the groin.