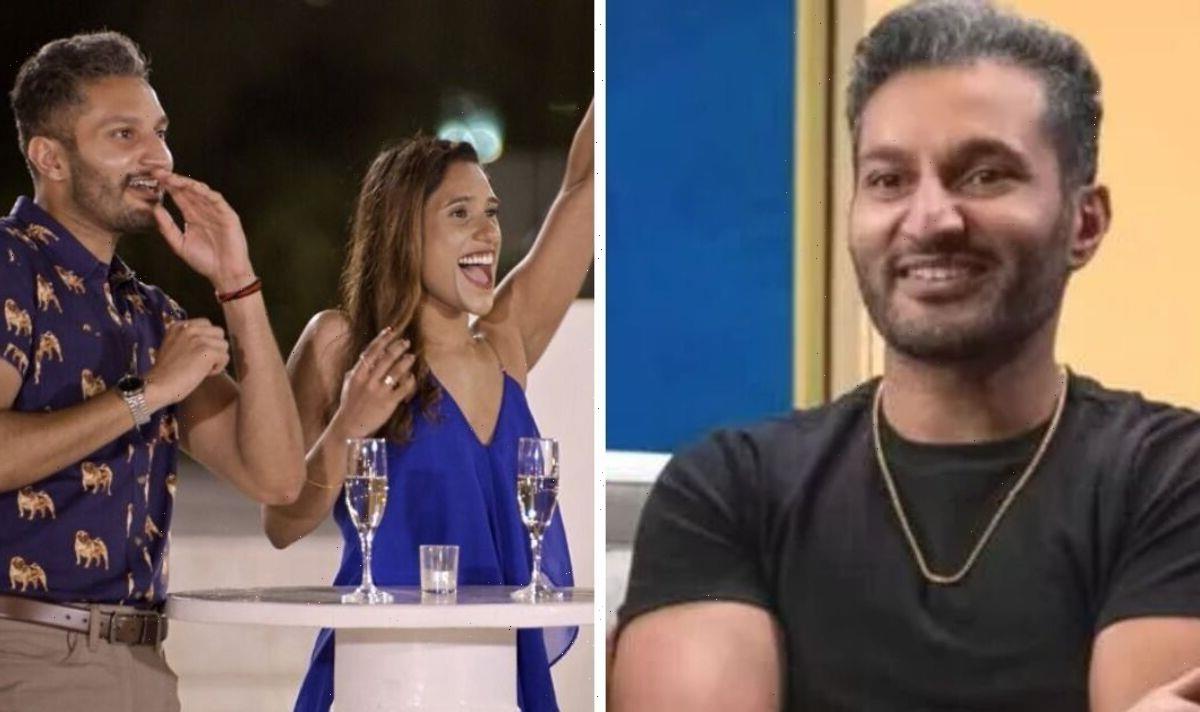 Netflix’s experimental dating series, Love is Blind recently returned to the screen for another instalment of hopeful singles hoping to find love. This wasn’t the case for season two star Shake Chatterjee and he told Express.co.uk why he was no longer in contact with his fellow contestants.

During season two, Abhishek “Shake” Chatterjee was one of 30 singles hoping it hit it off and find love on Love is Blind.

After many rounds of blind dates behind a wall, he was ready to take the next step with Deepti Vempati and proposed to her.

However, as they got to know each other and prepared to walk down the altar, Shake revealed his feeling had changed.

Speaking to co-star Jarrette Jones, he admitted: “I’m not physically attracted to her, man. It feels like I’m with my aunt or something.”

READ MORE: The One Show viewers ‘switch off’ over Greta Thunberg interview

This sparked major backlash from viewers as Shake had professed his love for Deepti.

After many disagreements between the two, Deepti decided not to take things further and said no to Shake at the aisle, in front of an audience of their loved ones.

During the reunion, tensions among the cast rose as Shake revealed why his feeling towards the information data analyst had changed.

This fuelled fury and looks of disgust from the cast as he tried to justify his preferences around physical attraction.

After watching the series back, Shake told Express.co.uk he was no longer in contact with the other contestants.

He disclosed: “You know, they threw me under the bus, they really did, they all know what deal is, they know love’s not blind.

“Physical attraction is important and me suggesting that, they made it sound like it’s so preposterous to even suggest, how could it not be?

“And publicly during a filmed event attacked me for saying that, and these are the same people I’ve literally been hanging out with like a week or two prior.”

Shake continued: “My cast mates, they turned fake so fast, it was so easy for them to flip the switch, because all of a sudden, they had this image they had to protect.

“So I’m like, this is how you can be to protect your own image if people can throw me under the bus, I don’t want anything to do with you.”

During the reunion, Shake disputed the idea of love being blind as he explained his desire for physical attraction and coined the term “love is blurry”.

As well as backlash from the cast and viewers, Deepti’s family members also hit back at Shake for his comments about her physical appearance.

Since the Love is Blind special After the Altar, it was revealed none of the couples had stayed together.

The couples who did get married were Jarrette Jones and Iyanna McNeely as well as Danielle Ruhl and Nick Thompson, however, they were headed for divorce.

Shake also revealed he was unsurprised to learn this and added: “Here’s the irony that these couples were the ones that most really attacked me the most of us if you watched the reunion.

“They’re the ones that attacked me most and sometimes when your own relationship is a little off, you project that onto somebody else and you can’t come to terms with your own problems, so you attack someone else, that’s exactly what happened.”

Love is Blind is available on Netflix