Director Alberto Mielgo is back for Season 3 of Netflix’s “Love, Death + Robots” (currently streaming) with a new original animated short: “Jibaro,” a dark, medieval fable about a bejeweled, golden siren who meets her match in a deaf armored knight. Their battle in a forest wilderness is a choreographed ballet that’s both exquisite and horrifying.

Mielgo has certainly earned the right to depart from adaptations after winning the Emmy for Season 1’s “The Witness” (the anthology’s first episode not based on existing source material) and scoring the Oscar this year for his animated short “The Windshield Wiper.” The Spanish filmmaker has become the show’s premier auteur — pushing adult animation further with his hybrid of 2D painted backgrounds and 3D modeled characters and his exploration of toxic relationships.

“I wanted to build the narrative around a modern ballet,” Mielgo told IndieWire. “It’s very interesting to see how dancers actually communicate with their bodies and how action looks extra violent because of how fast and aggressively they move.” The result is a visually pleasing, disturbing fairy tale, which involved the participation of a dance choreographer, Sara Silkins, and her team of dancers. After rehearsals, they were photographed with multiple cameras for a week. The live-action footage was then edited and passed on to the animation team at Mielgo’s studio, Pinkman.tv, to be used as reference, since he dislikes mo-cap.

But first the filmmaker took a three-week road trip to Northern California, Washington, and Oregon in search of video reference for the forests. He additionally made underwater video reference for the textures and lighting. He wanted it to be dark and moody underwater. “The underwater was very difficult,” Mielgo said. “Simulating water that is on top and then underneath [required separate] textures, where the light reacts differently.”

The Renaissance look that Mielgo had in mind consisted of hand-painted backgrounds. “Instead of being architectural, it’s an organic set of landscapes,” he added. “The style of painting is the same [as my previous shorts], but the lighting is more physically accurate. I like to base my painting and my art in the physics of light — how the light hits the objects and gives the right information of color, tone, shadow values. But we remove a lot of details that we might not need so the eye doesn’t get overwhelmed. If you get close into the paintings, they get abstract. I like to build the paintings out of strokes and information of color, and when you get far away, you have the whole thing.” 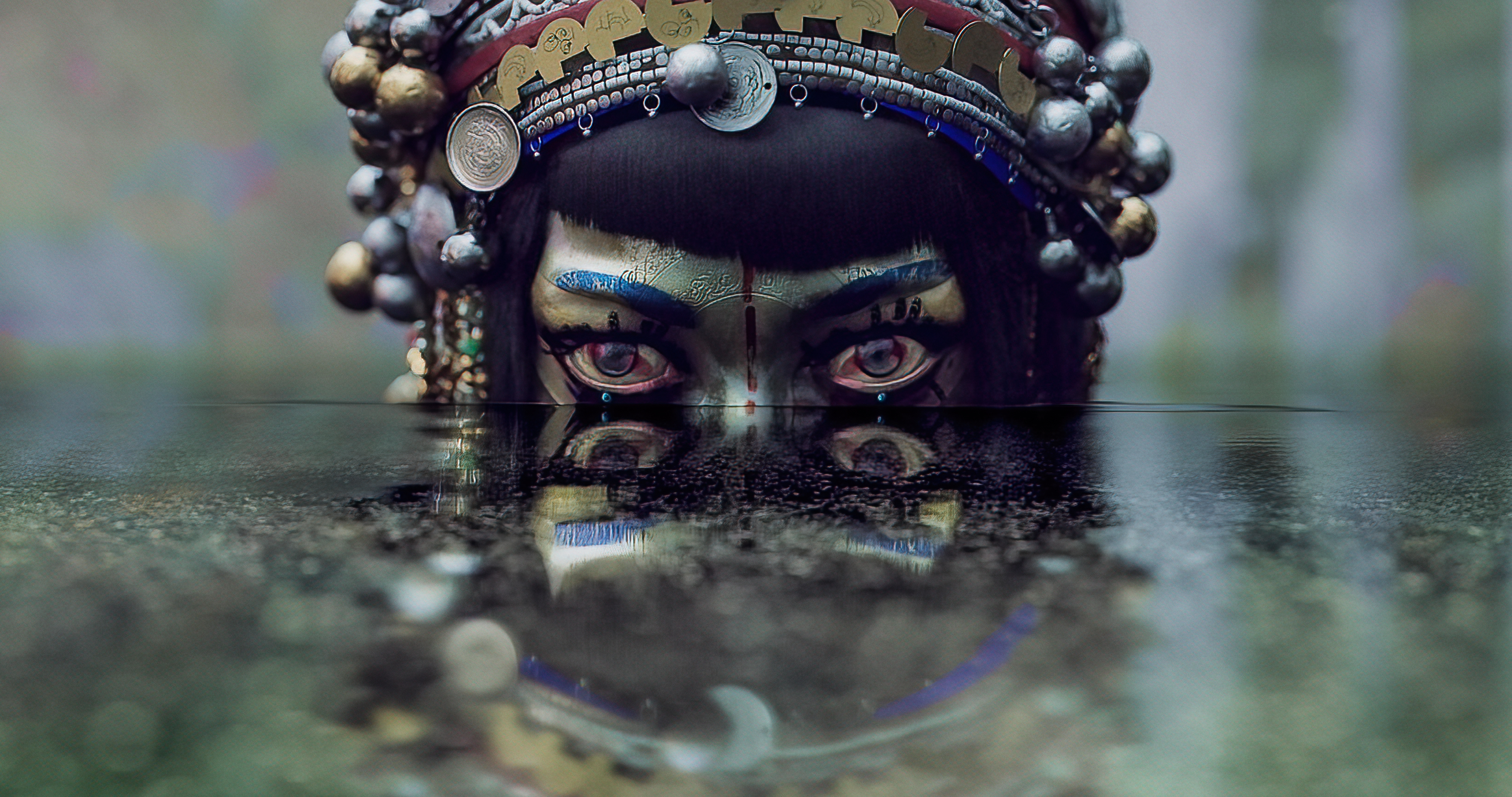 The hardest part was texturing and rendering the golden siren along with the armor of Jibaro and the more than two dozen knights who are initially wiped out by her in the water. The toolset included Maya for animation, Houdini for simulation, and Arnold for rendering. Where Mielgo excels here is with the surreal-looking cinematography and the unrelenting, jarring camera movement. He was greatly influenced by the chaos and danger of Alejandro González Iñárritu’s wilderness survival film, “The Revenant.”

“It feels really subjective and that’s what I wanted as well with a lot of hand-held work,” he said. “I wanted it to feel like the viewer is holding the camera. When it’s finished, I hope people will be visually pleased, but thematically I want it to be uncomfortable and not a beautiful fairy tale.”