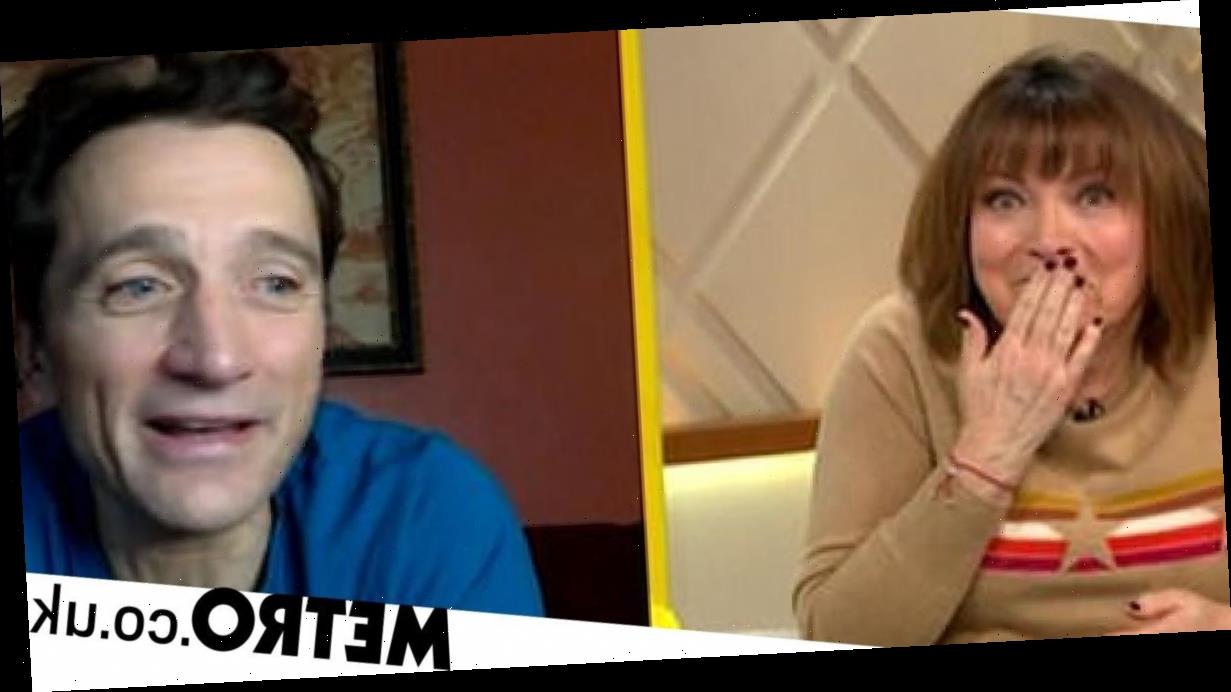 Lorraine Kelly had a witty response to Dancing On Ice star Graham Bell accidentally swearing live on her show on Monday morning.

Graham, who was eliminated from the ice-skating competition on Sunday night, confessed he had a late night at the start of the interview, relaxing at home with a few drinks and binging A Discovery Of Witches.

The former Olympic skier was recalling one mischievous moment from his sporting career when he managed to scale a flag pole.

He explained: ‘I climbed up the pole to untie the flag, and as I looked down my friends had been replaced by armed police and I just thought “Oh s**t”‘.

Lorraine giggled and covered her mouth after his slip-up and after the interview quickly apologised to viewers for the bad language.

‘Sorry for that wee naughty word that slipped out from Graham there,’ she said. 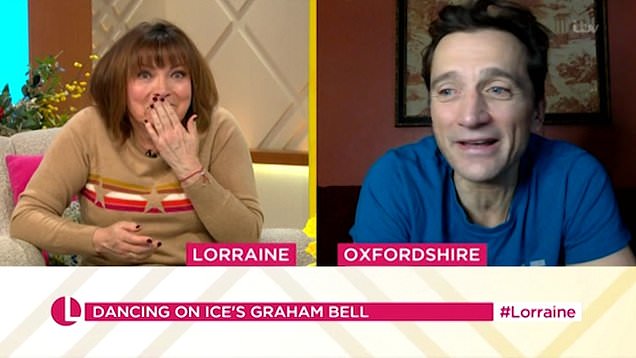 On Twitter she reacted to the moment when a viewer told her that what Graham was said was probably nothing compared to what frustrated parents home-schooling their kids blurt out by mistake.

They wrote: ‘I’m sure kids of today have heard worse that s**t before 10am with home schooling going on’.

During their chat the sports star also praised fellow skater Rebekah Vardy for supporting him after his professional partner Yebin Mok suffered a horrific injury during their rehearsals.

Yebin was hospitalised and forced to drop out from the live shows due to the accident which left the tendons in her leg exposed.

Graham said: ‘I’ve gotta say Rebekah Vardy, when I hurt Yebin, she was one of the ones who really supported me. I was pretty low when that happened.

‘She sent me lots of supportive messages and I’ve promised to teach her family to ski as well.’