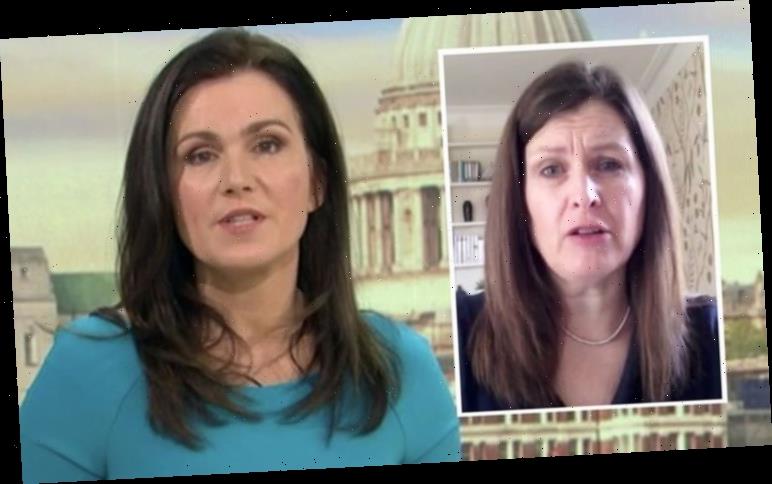 Good Morning Britain was discussing the events which unfolded on Saturday night in Clapham Common, South London at Sarah Everard’s vigil. Susanna Reid and Ben Shephard were joined by Helen King, Former Metropolitan Police Assistant Commissioner to discuss the footage which shows Metropolitan police officers handcuffing several woman and removing them from the crows. It comes after Patsy Stevenson – who was arrested and her photo was shared thousands on times on social media and on the front of national newspapers – spoke exclusively to the show about her experience. Susanna argued the police’s actions were “aggressive” but Helen explained in great detail the training and format the officers have to follow when removing someone from a situation safely.

Susanna began: “I don’t think people understand how the police could’ve allowed people to have gathered earlier, but what then changed in terms of the threat, in that moment, that meant she had to be arrested in such an aggressive way?”

“You keep using the word aggressive, and I’d like to talk through that piece,” Helen said and Susanna replied: “Because it’s so physical, because there’s the grabbing because she’s [Patsy] is on the floor!”

“Once a decision is made for someone to be detained – and in every instance, the police officers involved need to justify that detention, that use of force as necessary. 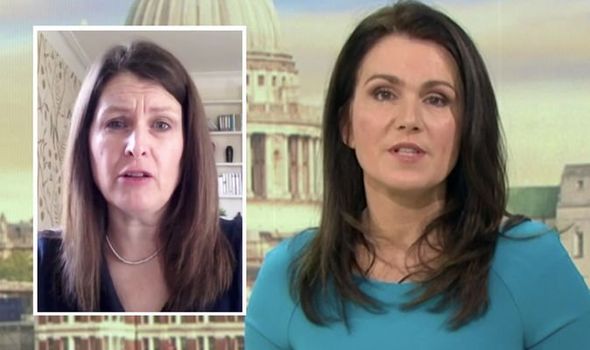 “The safest way you can detain someone – when they’re not complying, not cooperating and you ask for them to be cooperative in the first instance – you then make sure their detention doesn’t cause them or anyone else injury.

“And taking them safely on the floor in a controlled way prevents them and other people getting hurt – while you’re standing up, it’s very easy for someone to fall over, someone to trip, potentially someone to bang their head.

“I know it looks shocking and looked aggressive but it’s the safest way,” she added.

The vigil was called off earlier on Saturday after organisers Reclaim These Streets said police had failed to “constructively engage” on how it could be held in a Covid-secure way.

Despite this, thousands of people turned up to Clapham Common to pay their respects near to where Sarah was last seen alive on March 3.

The vigil apparently went on for six or so hours before the police stepped in to disperse those gathered.

Footage shows Patsy being spoken to by a police officer while she was holding onto the bandstand.

Before the interview with Helen, Patsy was asked by Susanna: “That photograph of you, being pinned to the ground by police officers has become a symbol of what happened on Saturday night.

“But for you, it’s not just a photograph, it’s actually what happened. Why were police pushing you onto the ground, putting your hands behind your back and arresting you for what happened?”

She explained: “To be honest, I still don’t know why I was pushed to the ground so forcefully. From start to finish it was a whirlwind, it happened very quickly, I was only there to lay a candle down. ”