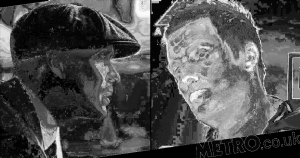 Liam Gallagher has revealed that he’s in talks for a role in the hit BBC drama Peaky Blinders.

The legendary musician told his followers on Twitter that he’s spending the day meeting ‘a man’ about potentially bagging a spot in the cast, meaning we could soon see him starring alongside the likes of Cillian Murphy and Helen McCroy.

‘Any plans today Liam? replied one of his fans.

‘Thought you’d never ask,’ the Come Back To Me musician said. ‘Yeah, I’m off to meet a man about a part in Peaky Blinders.’

Liam added that his Birmingham accent is spot on too, describing it as ‘biblical’.

Unsurprisingly the Twittersphere was sent into meltdown over Liam’s confession, with one user excitedly writing: ‘I love Peaky Blinders! Really hope this is true. BY ORDER OF THE PEAKY BLINDERS!’

‘If you’re going to be in Peaky Blinders I’m gonna have to start watching it,’ another enthused.

Peaky Blinders fever is currently in full swing, with the BBC revealing that the thriller has recorded its highest-ever ratings in season five.

The broadcaster confirmed consolidated viewing figures for the launch of the latest installment, with stats showing it managed to attract 6.2 million fans for episodes one and two – a significant spike from the launch ratings of series four of 3.3 million viewers.

Although the BBC hasn’t confirmed whether there will be another season it looks likely there will be, as creator Steven Knight has previously revealed he is already working on a further two series.

‘We are definitely doing series six and we will probably do seven,’ he told the broadcaster in 2018. ‘After series four it went mad.

‘We’ve talked to Cillian Murphy and he’s all for it, and the rest of the principal cast are in for it.’

Peaky Blinders continues Sunday at 9pm on BBC One.