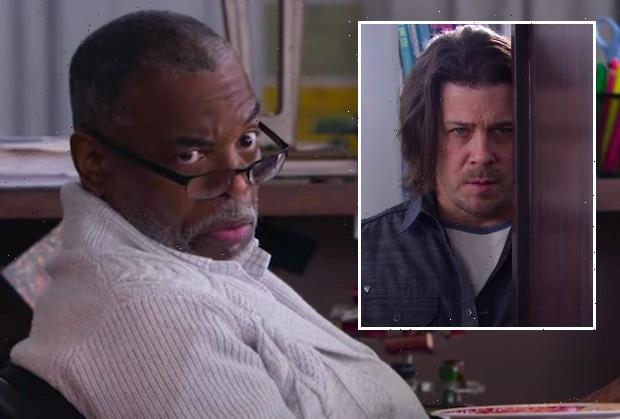 The Leverage: Redemption team tries to not interrupt LeVar Burton‘s reading respite in a sneak peek from cast member Beth Riesgraf’s directorial debut, which will air during the second half of the IMDb TV series’ freshman season.

Released on Friday at [email protected], the clip above finds Burton guest-starring as Mr. Blanche, a small town librarian (but not a Librarian) who is described as very kind, empathic and extremely liked by locals. A voracious reader, he fantasizes about being a hero like in the books he reads.

And in this episode (which is among the eight slated to premiere sometime this fall), it sounds like the grift at hand is actually a sweet gift: Blanche is quietly battling Stage 4 cancer, so the Leverage team plans a “make believe adventure” to lift his spirits.

Cue the scene above, in which Elliot and Breanna (played by Christian Kane and Aleyse Shannon) aim to stealthily trek over to the library logs to see what sort of novels Mr. Blanche favors, after which Parker (Riesgraf), Sophie (Gina Bellman) and Harry (Noah Wyle) debate what to do with their findings.

Want scoop on Leverage: Redemption, or for any other show? Email [email protected] and your question may be answered via Matt’s Inside Line.