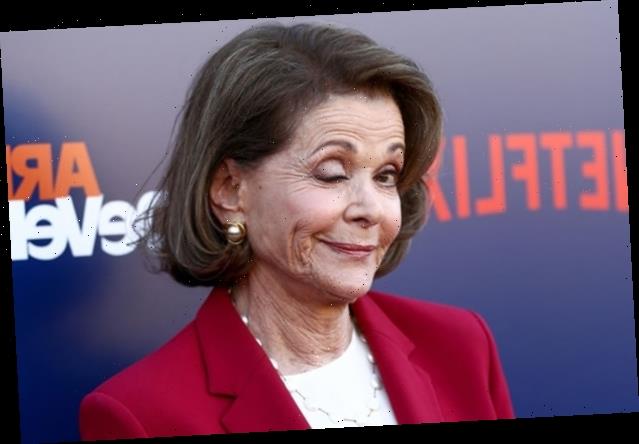 There are so many things we remember so fondly about Jessica Walter’s performance as Lucille Bluth on “Arrested Development.” The Lucille wink is unforgettable.

In late 2019, the “Archer” star tried to teach Seth Meyers how to do the Lucille Bluth wink. Tried to. Meyers was a terrible student.

“It’s like people who are double jointed,” Walter said. “Either you can do it, or you can’t.”

He decidedly fell under the “can’t,” and Walter didn’t much sugarcoat it.

She also told the “Late Night” host what Lucille Bluth’s many, many TV martinis consisted of.

It was an admittedly “boring” answer, as you might think: just water with an olive. Along those lines, her on-set white wine was apple juice and red wine was grape juice.

But Walter told Meyer she can make a “great” martini in real life.

Watch the video above.

Walter passed away Wednesday at her home in New York, her publicist confirmed to TheWrap. She was 80.

Brooke Bowman, Walter’s daughter who is a senior vice president of drama programming at Fox Entertainment, released a statement to Deadline: “It is with a heavy heart that I confirm the passing of my beloved mom Jessica. A working actor for over six decades, her greatest pleasure was bringing joy to others through her storytelling both on screen and off. While her legacy will live on through her body of work, she will also be remembered by many for her wit, class and overall joie de vivre.”

“Jessica Walter’s spectacular turn as the devilish Lucille Bluth is one of the great comedic performances of television history, and we loved working with her as much as audiences loved her on Arrested Development,” 20th Television, the studio that produced “Arrested Development,” said in a statement to TheWrap on Thursday. “Our hearts go out to her family and friends, particularly her daughter, and our former colleague, Brooke. We know that heaven just got a whole lot funnier with Jessica now in residence.”