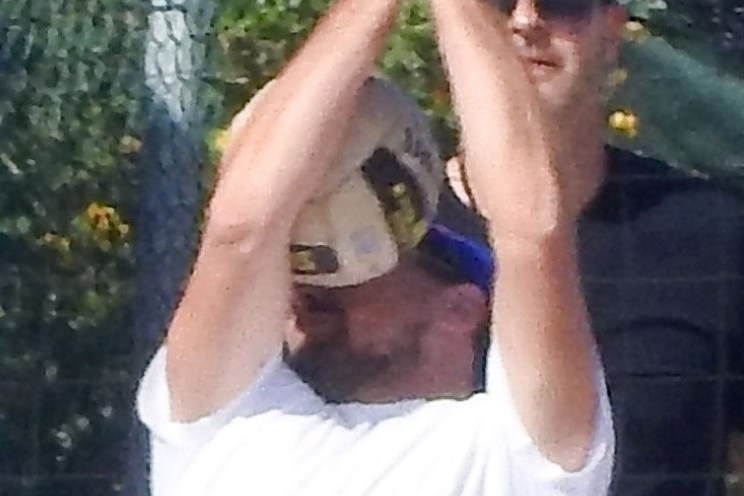 LEONARDO DiCaprio took a heavy blow to the face yesterday as he played beach volleyball with pal Robin Thicke in Malibu.

The Once Upon a Time in Hollywood star, 44, was spotted enjoying some down time when the ball struck him straight in the face. 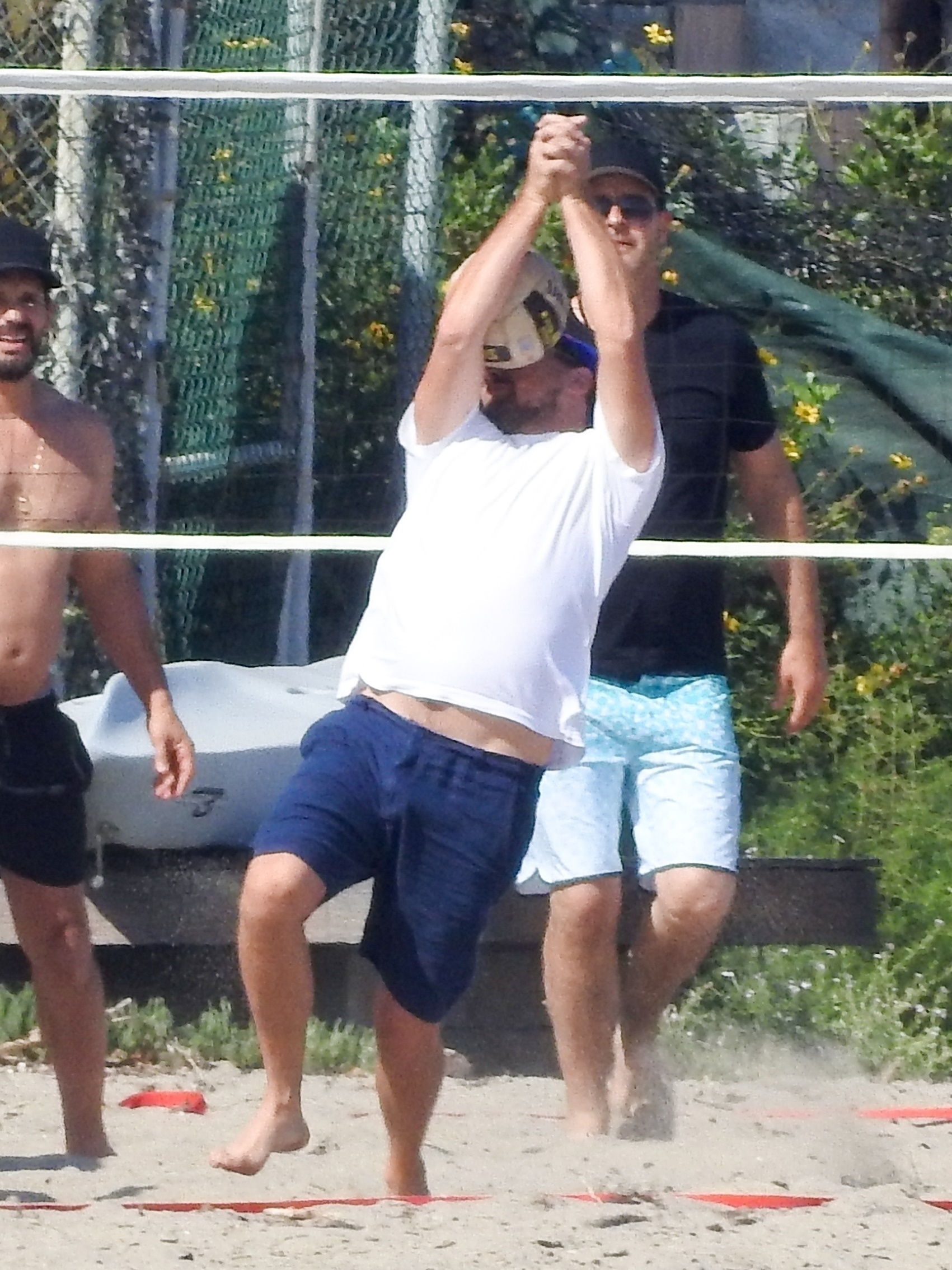 Unfortunately for the Oscar-winner, his stunning girlfriend Camila Morrone, 21, wasn’t there to kiss it better.

The actor took the whack while playing the popular beach sport with the singer and pals including Israeli mogul, Aviv Nevo.

Leo looked typically low key in a pair of blue shorts, a basic tee and his trademark baseball cap with sunglasses.

Robin, 42, was joined by fiancée April Love Geary, who gave birth to a daughter, Mia Love last year, and his two children from his previous marriage to actress Paula Patton. 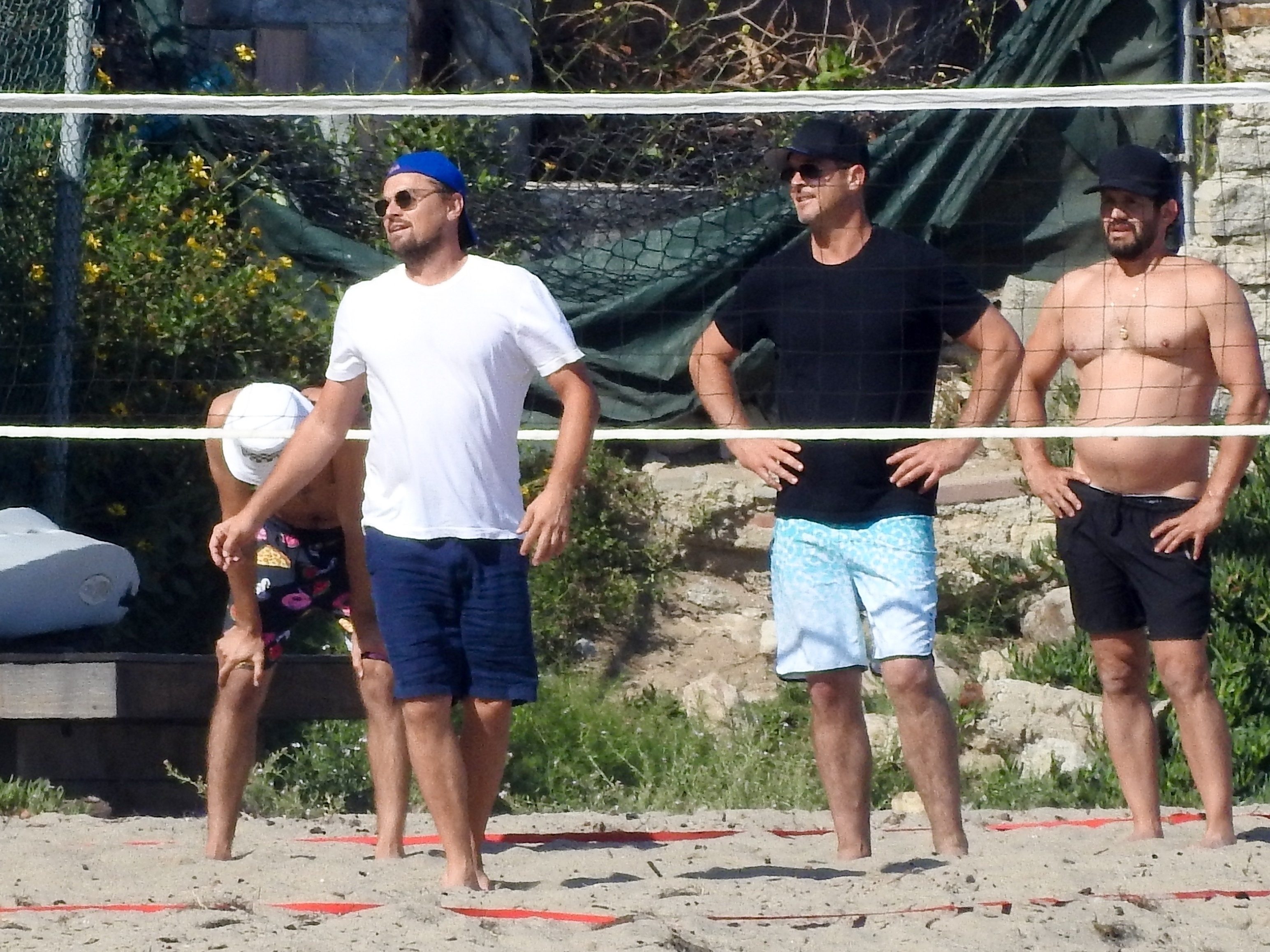 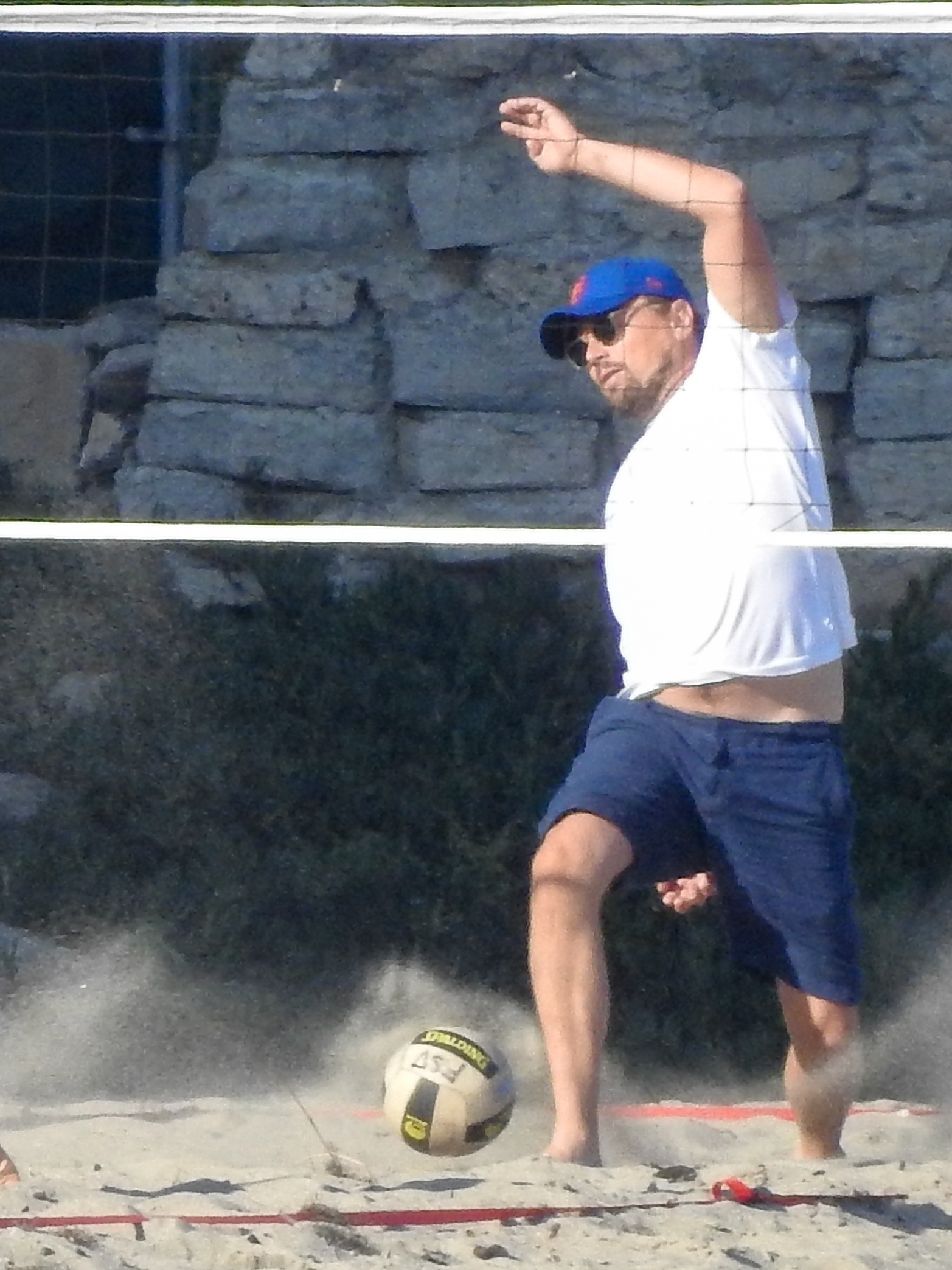 The actor is close pals with hit-maker, Robin, and also helped his brother, Carter, cope with the loss of their father, Alan, who Leo worked with in the popular eighties TV show, Growing Pains.

“Leo is just the most amazing guy,” Carter previously told E Online. “I mean, I didn’t even have his number and he went out of his way to send me a text and you could see the genuine love and respect for my dad.”

He added: “And you know, (he’s) also the busiest guy on Earth. To take his time to come out and share his respects and spend time with the family – he was really, really incredible through all of this.” 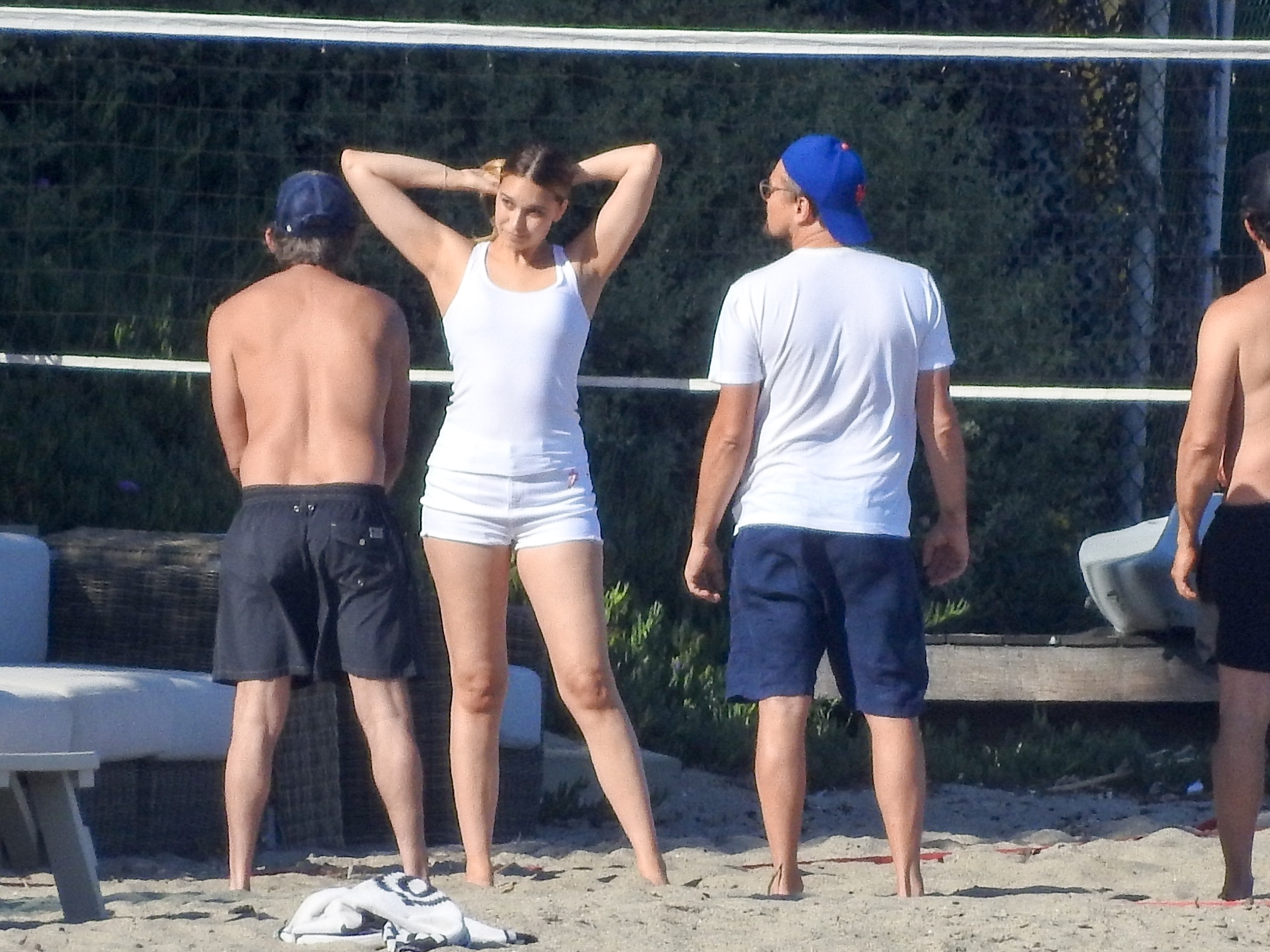 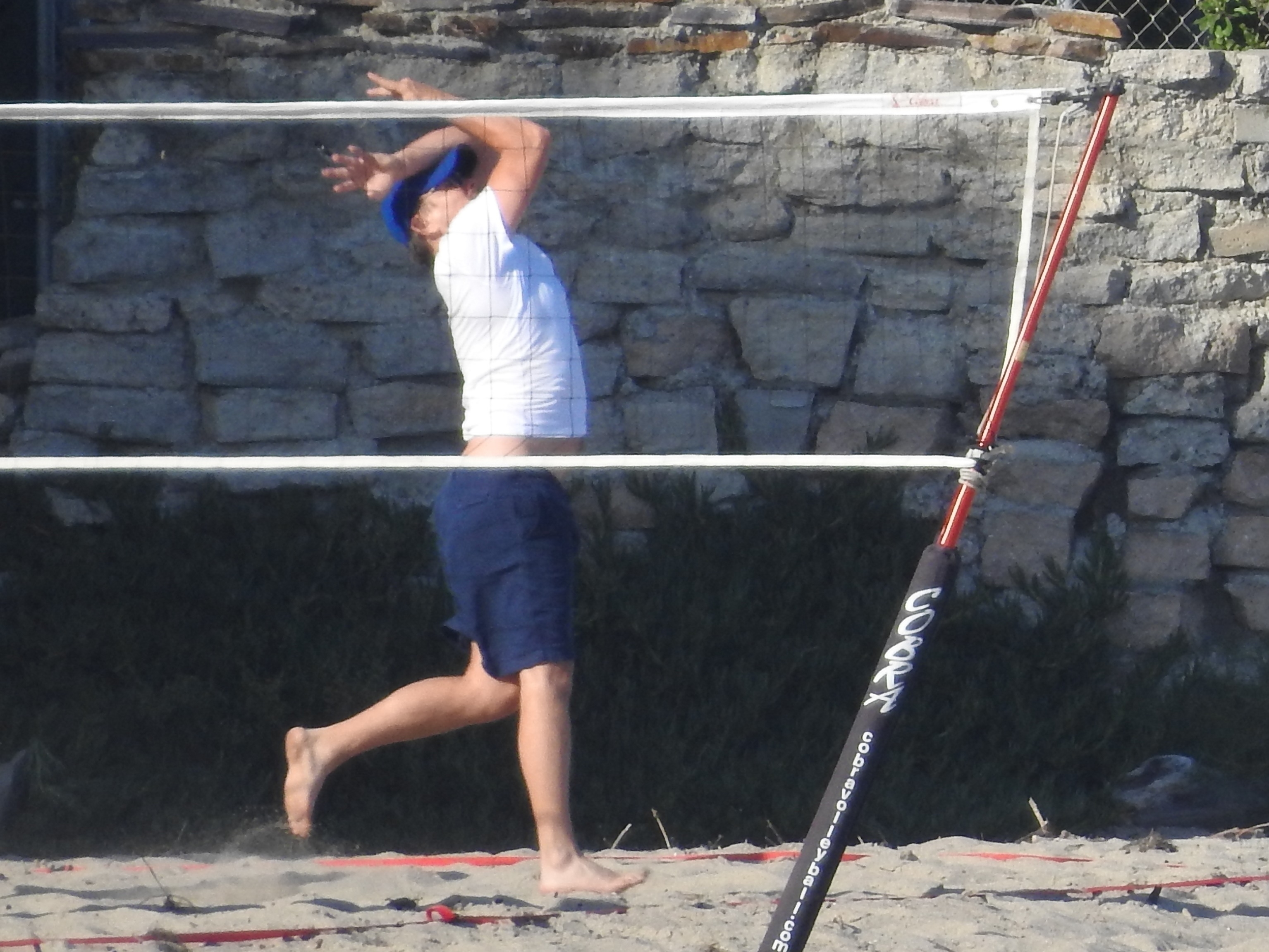 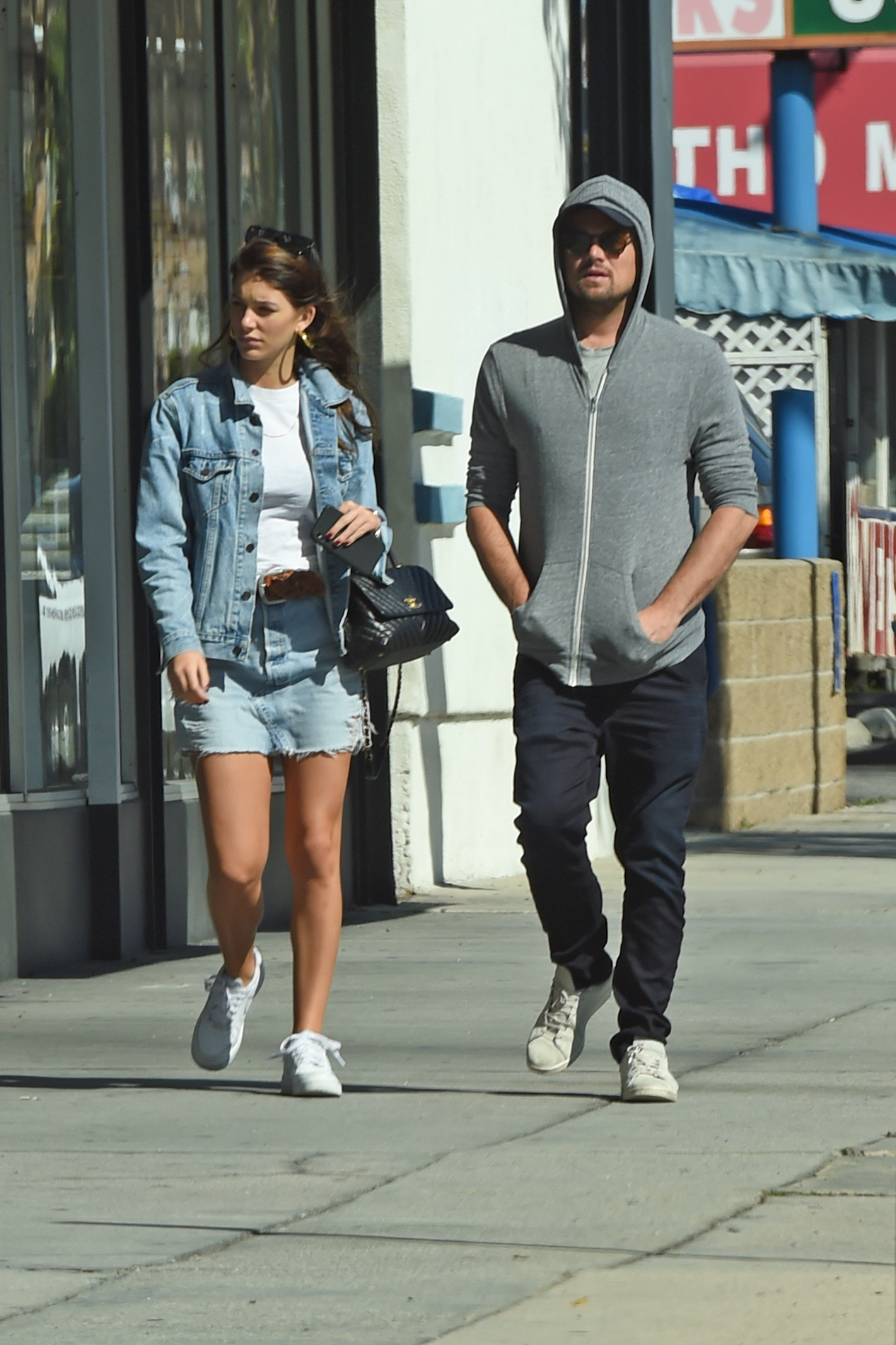 The pair were recently spotted together on the red carpet, in France, at the Cannes Film Festival to promote Leo’s latest flick, ‘Once Upon a Time in Hollywood’, directed by Quentin Tarantino.

The film is set in late 1960s Hollywood, and follows story of the notorious Manson family and the finals moments of Los Angeles’s famous hippie culture.