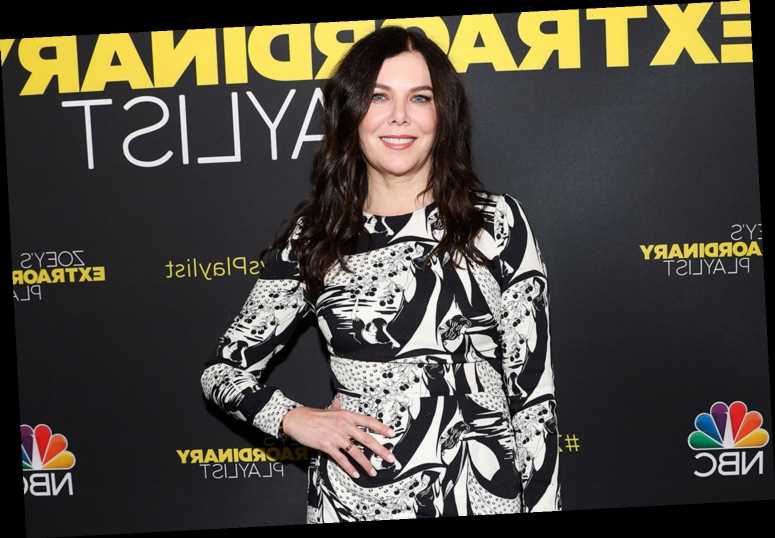 Lauren Graham loves that the Gilmore Girls legacy continues to live on.

During an appearance on Jimmy Kimmel Live! on Wednesday, Graham, 54, discussed the resurgence of the popular drama series, saying she credits modern-day streaming for continuously introducing the show to "new generations."

"It's way more popular. It wasn't that popular [when it originally aired]," the Parenthood alum, 54, said of the show's prominence now compared to when it originally premiered. "We were on opposite Friends, no one really knew we were on. It was, like, a miracle every year we got picked up. The people who liked it, liked it, but it wasn't, like, a big hit. It's crazy. New generations keep watching it."

Graham noted that receiving questions about Gilmore Girls "keeps it alive" for her, adding, "It's fun because it's different groups of people [that] are finding it and different generations. I just don't want to get to the age where I'm frightening to children, where they're like, 'Where's Lorelai? What happened?'"

The Mighty Ducks: Game Changers actress starred as Loreali Gilmore for seven seasons on the Amy Sherman-Palladino-created series, which aired between 2000 to 2007. Alexis Bledel played her onscreen daughter, Rory Gilmore.

Nine years after the series finale aired, Netflix dropped a four-part revival show, titled Gilmore Girls: A Year In The Life, in 2016. "I relished it, and I'm ruined for life because there's no more perfect fit I feel like for me than that writing and that show," Graham previously told PEOPLE of reprising her role for the series. "I'm so glad I got to do it again. I just can't even explain it. It was everything I wanted it to be and more."

Late last month, Graham said on SiriusXM's EW Live that she continues to leave the door open to returning to her Gilmore Girls roots when taking on new gigs. "I put that window into all my new jobs, just in case," she said. "I don't want to start any new rumors. It's not for any concrete reason, except that I have a loyalty and an openness to working with [Sherman-Palladino], first of all. And because we could never have predicted that in the past. So that door is open. Is it creatively warranted? Is it, you know, something? I don't know."

Graham added, "The shows are so restrictive now. So we're trying to just carve out some pockets [to return to Gilmore Girls], just in case."