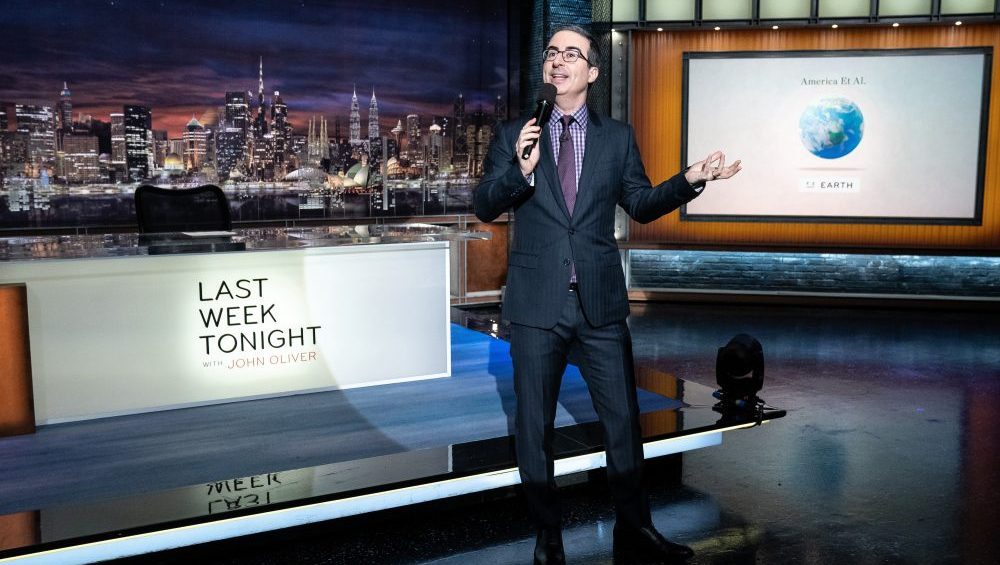 Before addressing how Donald Trump has been handling the Hong Kong protests on Last Week Tonight, John Oliver made sure to point out that the president was looking into buying Greenland this week. Oliver said that it makes sense that Trump would want to buy Greenland because it “is icy, distant and semi-autonomous — exactly Trump’s type” before cutting to a photo of Melania Trump.

With that clever jab out of the way, Oliver turns his attention to the upheaval in Hong Kong, which has been making headlines this week. A series of protests in Hong Kong have been happening for over four months and were a response to legislation that would allow suspected criminals to be extradited to territories where it doesn’t have formal extradition deals. This includes Taiwan, Macau and mainland China. Earlier this week, 5,000 activists occupied Hong Kong Airport, causing the two-day grounding of departing flights. Hong Kong leader Carrie Lam has since suspended the bill. The protests have even put Disney’s forthcoming live-action Mulan in the spotlight as the film’s star, Liu Yifei has expressed support to the Hong Kong police force, which has put her under fire.

Oliver said that the protestors have been resourceful using umbrellas as shields, lasers to distract authorities and organizing on the dating app Tinder. “Fantastic news for someone in Hong Kong struggling to explain to their significant other what they were doing looking at Tinder,” he snarked.

Because of the protests, Chinese have sent armored personnel to the border and have escalated their rhetoric saying protestors show signs of terrorism. Oliver also points out that the state media has framed these the protests as the work of foreign forces — specifically the CIA.

“No one is saying that the CIA does not have a long, sh***y history of meddling in other country’s politics,” he said. “It helped overthrow the Iranian government and reinstall the shah, it sponsored the Bay of  Pigs invasion and it created the show Paw Patrol to brainwash the planet’s toddlers with an authoritarian world view.”

He said that all indications of the protests is local and is the result of long-simmering internal tensions. And if CIA is plotting something, the no one told Trump. He says that he “barely knows what’s going on” in Hong Kong and cuts to a clip of Trump addressing the situation saying “they don’t need advice.” Oliver adds that Trump has given China the green light to do whatever they want.

“Trump giving a tacit endorsement to give China to use force against protestors is not surprising,” he remarked. “He sends the wrong signals to countries all the time. Until his term ends, we are going to have to live with the fact that we have a president who looks at America’s allies and says ‘go f*ck yourself; looks at Russian interference in our elections and says ‘no big deal!’ and looks at Greenland and says ‘200 bucks plus Don Jr. —  final offer!”