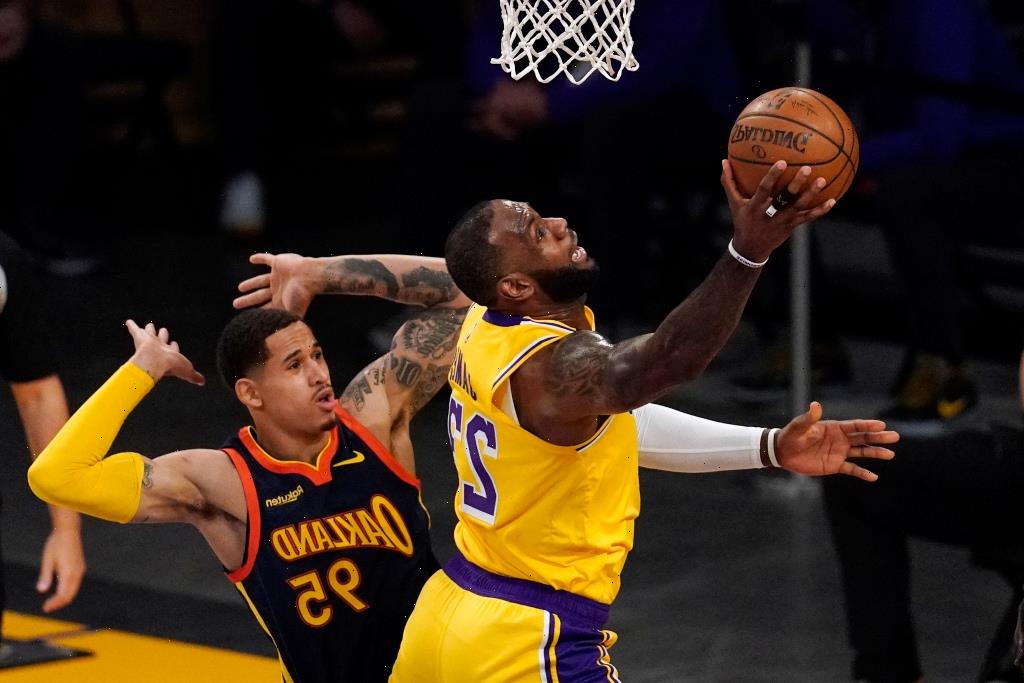 ESPN’s coverage of the Los Angeles Lakers’ 103-100 victory over the Golden State Warriors on Wednesday in the NBA Play-In Tournament drew an average of 5.62 million viewers, which the network said was its most-watched game since the pre-pandemic 2019 Western Conference Finals.

The game, which saw the defending NBA champion Lakers secure the No. 7 playoff seed in the West, was up 190% from the single play-in game last season on ABC. Earlier in the evening, ESPN’s coverage of the Memphis Grizzlies-San Antonio Spurs game drew 2.29 million viewers.

The Lakers’ close victory was the second-most watched NBA game of the 2020-21 season across all networks, behind only the team’s Christmas Day game against the Dallas Mavericks, which was simulcast on ESPN and ABC. Last night’s game peaked in viewers from 12:30-1 a.m. ET with 6.15 million viewers, around the time the Lakers’ LeBron James hit a long 3-pointer to beat the shot clock for the game’s final margin.

The strong showing came a night after TNT’s coverage of the Eastern Conference play-in games jumped by 60% over its regular-season ratings. The play-in format launched last year as a necessity in the league’s Orlando bubble and has had its detractors — including criticism from players (notably from the Lakers’ James, who said “Whoever came up with that sh*t needs to be fired”).

With the win, the Lakers secured postseason spot and will face the No. 2 seed Phoenix Suns in a best-of-7 series beginning Saturday. The Warriors will play the Memphis Grizzlies on Friday (9 ET) on ESPN with the final No. 8 seed at stake. TNT will carry tonight’s Eastern Conference No. 8 seed play-in game between the Indiana Pacers and Washington Wizards (8 PM ET).