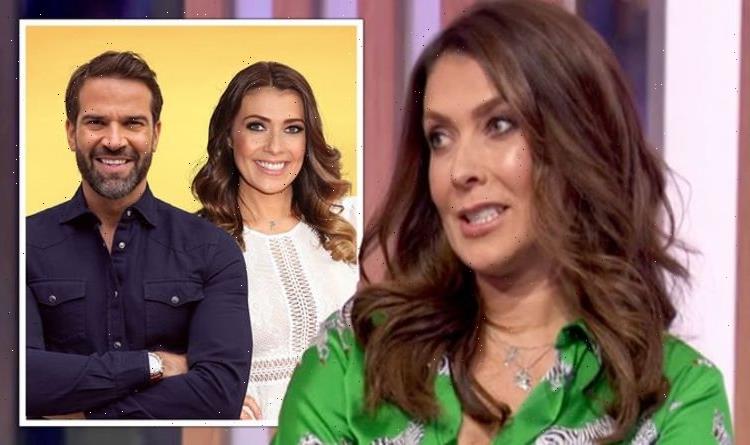 Kym Marsh has confirmed she’ll be heading back to the Morning Live sofa in the near future. She’ll be returning to co-host the popular BBC show alongside Gethin Jones. The presenting role was one of the star’s first big TV jobs after leaving the cast of Coronation Street in 2019. However, over the past six months she’s been absent from the show.

Kym first announced she was taking a break from Morning Live in July 2021.

In a video clip played on the BBC show in October, she admitted to having endured a challenging year, insisting she needed to step back from the show as a result.

She told viewers: “I’ve suffered with anxiety attacks in the past and they’ve come back with a vengeance.

“Life’s been pretty difficult for me. I need to make a choice here about what I’m going to do.

“I decided to step back from Morning Live to focus on my nearest and dearest.

“You might have noticed I’ve not been around much since the end of July – well there’s been some very good reasons for that.

“I think it’s fair to say the last few months have been ridiculously busy with one thing or another for me and my family,” Kym explained.

In 2021 the former soap star’s father was sadly diagnosed with incurable prostate cancer.

As well as taking time away from Morning Live to be with her family, Kym has also been focusing on other work commitments.

She’s currently touring with the theatre production Fatal Attraction and has been unavailable to present Morning Live.

However, on Friday Kym confirmed she’ll soon be returning to co-host Morning Live.

Chatting on The One Show with hosts Alex Jones and Ronan Keating, Kym revealed she plans to return to her presenting duties next month.

Alex asked: “When are you back on Morning Live? Because people have been asking, they want to know.”

Kym replied: “So, I can’t at the moment because obviously, I’m about to go on tour with Fatal.

“But, I will be back on Morning Live in February,” she announced.

The actress turned presenter shared her love of the BBC show and was enthused about her upcoming return.

She remarked: “I’m very, very excited to continue that because we are a family and I’ve missed it.

While Kym has been absent from Morning Live a variety of different stars have filled in for her alongside regular host Gethin.

Morning Live airs weekdays at 9.15am on BBC One and iPlayer.