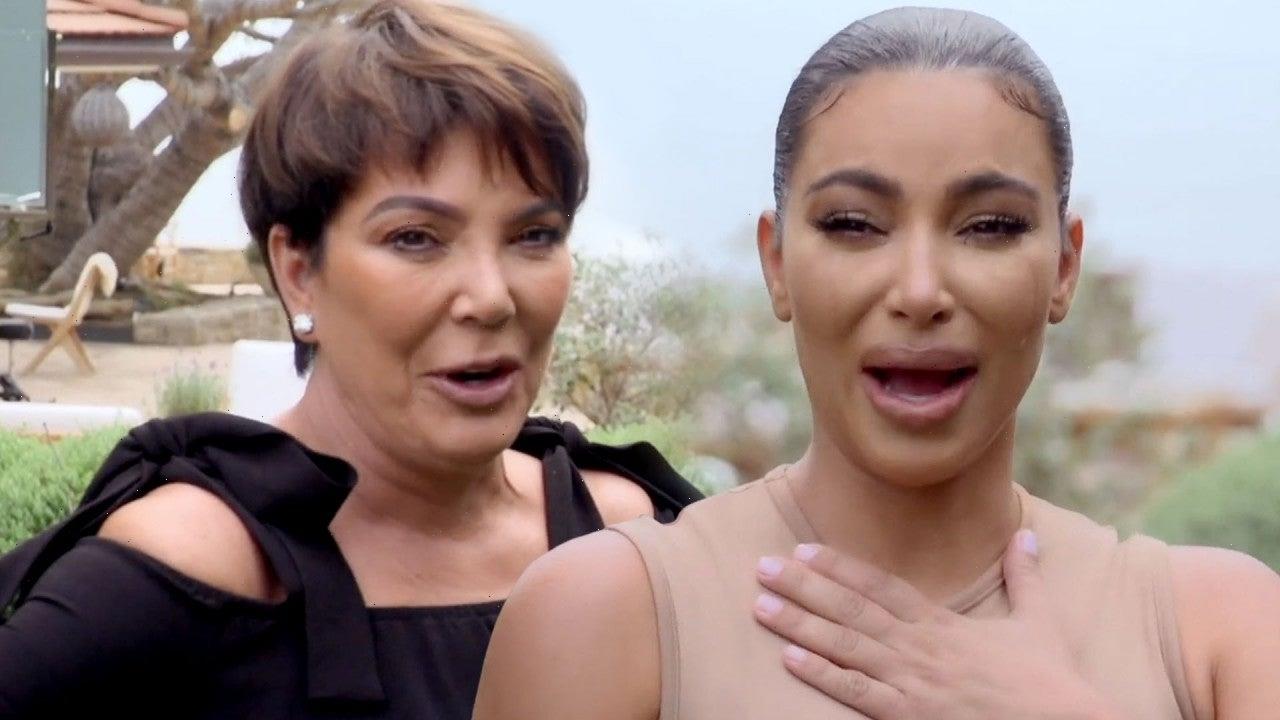 Next week’s Keeping Up With the Kardashians is going to focus on one of the toughest decisions the Kardashian-Jenner family has ever made: ending their E! reality show after 20 seasons.

“We all have to be on the same page, because it’s a huge decision,” Kris Jenner tells her family in Thursday’s preview clip, before they’re seen making the tearful announcement to the members of their TV crew.

“It was just the hardest conversation that we’ve ever had to have,” Kim Kardashian West says tearfully, as she recalls breaking the news to the behind-the-scenes staff who have worked with the family over the last 14 years.

“I think of you guys as my second family,” sister Khloe agrees.

For Kris, the difficult moment is compounded by her decision to also sell the home her mother, Mary Jo Campbell, has lived in for many years.

“So many things are ending,” the family matriarch says in the promo. “And I just keep asking myself, did we make the right decision?”

The family announced last fall that the 20th season of KUWTK would be their last, with a source telling ET at the time that there was “no big reason” why the Kardashian-Jenner family decided to end their reality series.

“There was no big reason why the family decided to end KUWTK; it was a mutual decision. The kids who started the show now have their own kids and it’s getting very hard to film all together or get enough footage separately,” ET’s source shared. “The family is grateful for their time and is happy they have all of these memories filmed for the rest of their lives. The family wanted time to focus more on their family and future projects and the show is a major job that takes up a lot of time.”

The source added at the time that rumors of Kris joining the Real Housewives of Beverly Hills are “not true,” and in December, it was announced that the famous family had signed an exclusive deal with Disney for a new reality series, that is set to stream on Hulu.

The family announced the news via statements on their personal social media pages.

“After what will be 14 years, 20 seasons, hundreds of episodes and numerous spin-off shows, we are beyond grateful to all of you who’ve watched us for all of these years — through the good times, the bad times, the happiness, the tears, and the many relationships and children. We’ll forever cherish the wonderful memories and countless people we’ve met along the way,” Kourtney, Kim and Khloe Kardashian and Kris and Kendall Jenner all wrote on their Instagram.

“Thank you to the thousands of individuals and businesses that have been a part of this experience and, most importantly, a very special thank you to Ryan Seacrest for believing in us, E! for being our partner, and our production team at Bunim/Murray, who’ve spent countless hours documenting our lives,” they added.

Keeping Up With the Kardashians aired its first episode on Oct. 14, 2007 and has followed the A-list family through their ups and downs, business ventures and romantic entanglements. KUWTK also spawned 12 spinoff series, which followed various members of the family in their separate adventures.

In her statement, Kim added, “Without Keeping Up With the Kardashians, I wouldn’t be where I am today. I am so incredibly grateful to everyone who has watched and supported me and my family these past 14 incredible years. This show made us who we are and I will be forever in debt to everyone who played a role in shaping our careers and changing our lives forever. With Love and Gratitude, Kim.”

The 20th and final season of Keeping Up With the Kardashians airs Thursdays at 8 p.m. ET/PT on E!. See more on the final season in the video below.