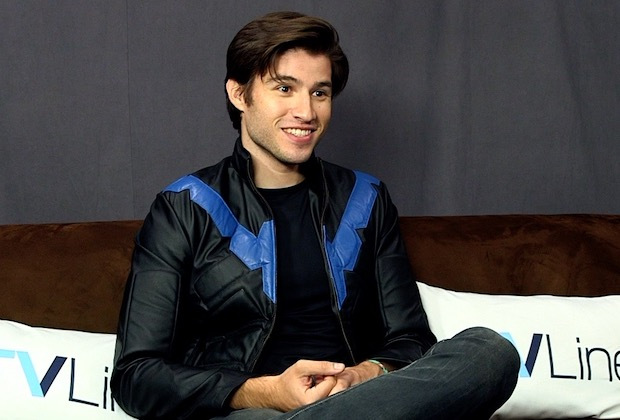 Syfy’s Krypton closed out the first half of its sophomore run with the brutal execution of a major character. Now, Seg must process that loss while also contending with a bit of Brainiac in his bean and whatever Dru-Zod has planned for his BFG.

Visiting TVLine’s San Diego Comic-Con suite, Krypton star Cameron Cuffe reflected on Jax’s “bold” murder of Lyta, after Zod reneged on a deal they had made. Shortly after, Val made the difficult call to blow up the space elevator, even at the cost of some civilian lives. “This is a show about consequences, and it always has been,” the actor noted. “Zod’s gone too far — and now the rebels have as well.”

“For a major character like [Lyta] to die is going to have major, major ramifications,” Cuffe added. “Seg is devastated…. The person he loves most in the world, he couldn’t save.”

Also in the video Q&A, Cuffe answers the burning question — since Zod has not been “erased” in the wake of his mother’s death, might Lyta actually be alive? — and then takes us inside the filming of the haunting Seg/Brainiac scenes, with Blake Ritson.

He then previews Zod’s plan for the aforementioned, codex-enabled weapon, before teasing a “really, really cool” Season 2 finale.

Want more scoop on Krypton, or for any other show? Email [email protected] and your question may be answered via Matt’s Inside Line.