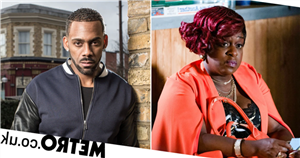 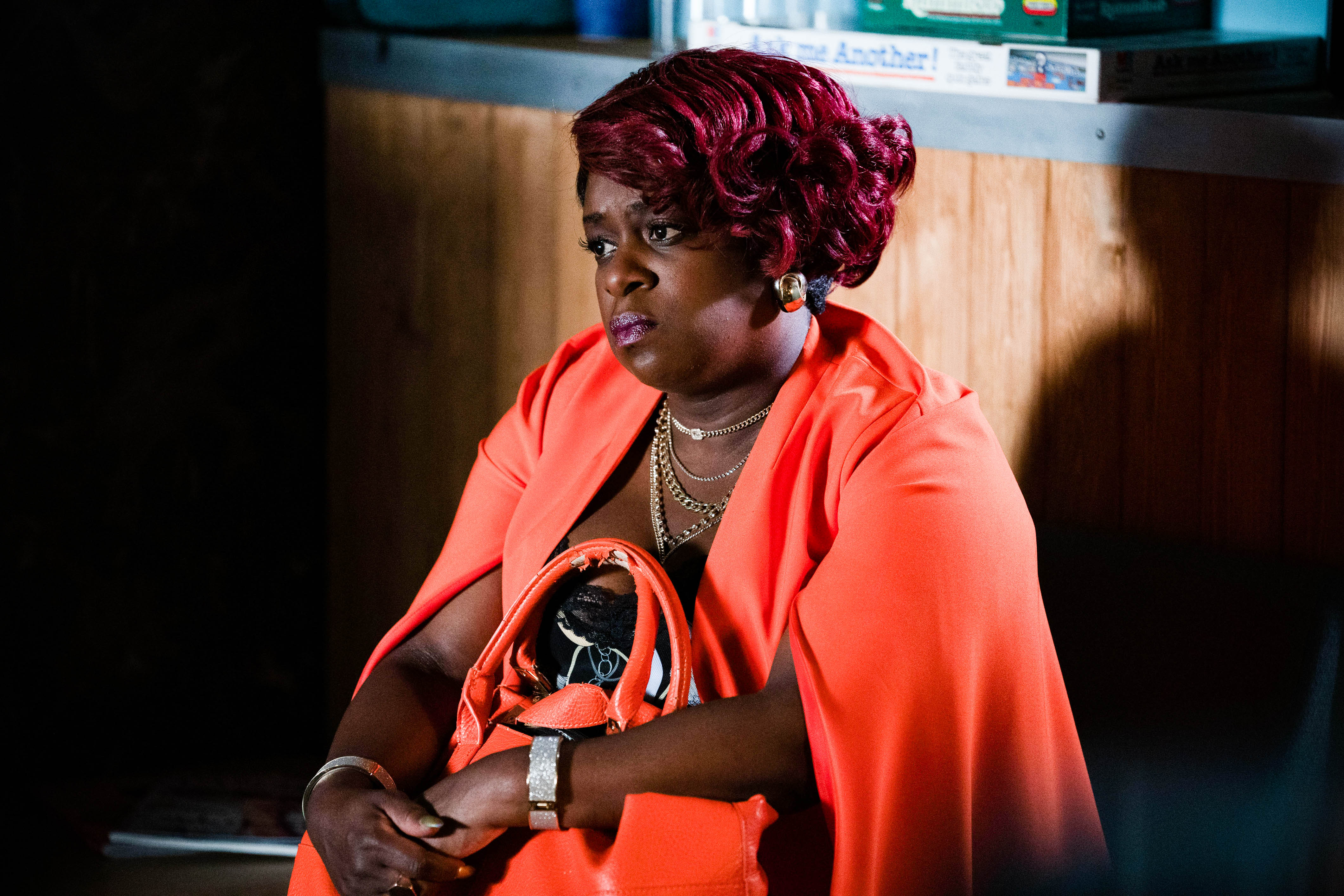 Kim Fox-Hubbard’s (Tameka Empson) past is about to come soaring back with a crash as she discovers a clue to the whereabouts of her missing husband Vincent in EastEnders?

Viewers last saw Vincent staring down the barrel of a gun on the orders of walking stick wielding gangster Aidan Maguire but the Walford soap never confirmed his fate, even though it was made clear that this was Richard Blackwood’s departure story.

Kim overhears Mitch Baker (Roger Griffiths) taking a cab booking for a Vince Hubbard and is stopped in her tracks.

Phil Mitchell (Steve McFadden) overhears, adamant she leave the matter alone but Kim tracks the booking to the Walford East.

Matters get more confusing when she finds a children’s entertainer in a costume claiming to be Vince. When she confronts him she spots his wallet, sure it’s her husband’s but he the hastily packs up and leaves.

After telling Mitch and Phil what happened, Phil realises she’s going to be a problem and he later tells Denise (Diane Parish) to stop Kim on her crusade for answers.

But how much does Phil know about Vincent’s fate? Is he worried that Kim will come face to face with Vincent or is his fear that she will actually find out that he is dead?

Phil makes it clear that Kim needs to stop digging for information or there could be serious consequences. She later overhears Jack and Kim’s plan to meet Vince and find out more about him.

Alarmed, Denise pleads with Kim to leave the matter alone and Kim agrees – before swiftly going against her promise telling Jack it’s game on.

But when they confront Vince, what will he have to say and will Kim get the answers she seeks – or wants?