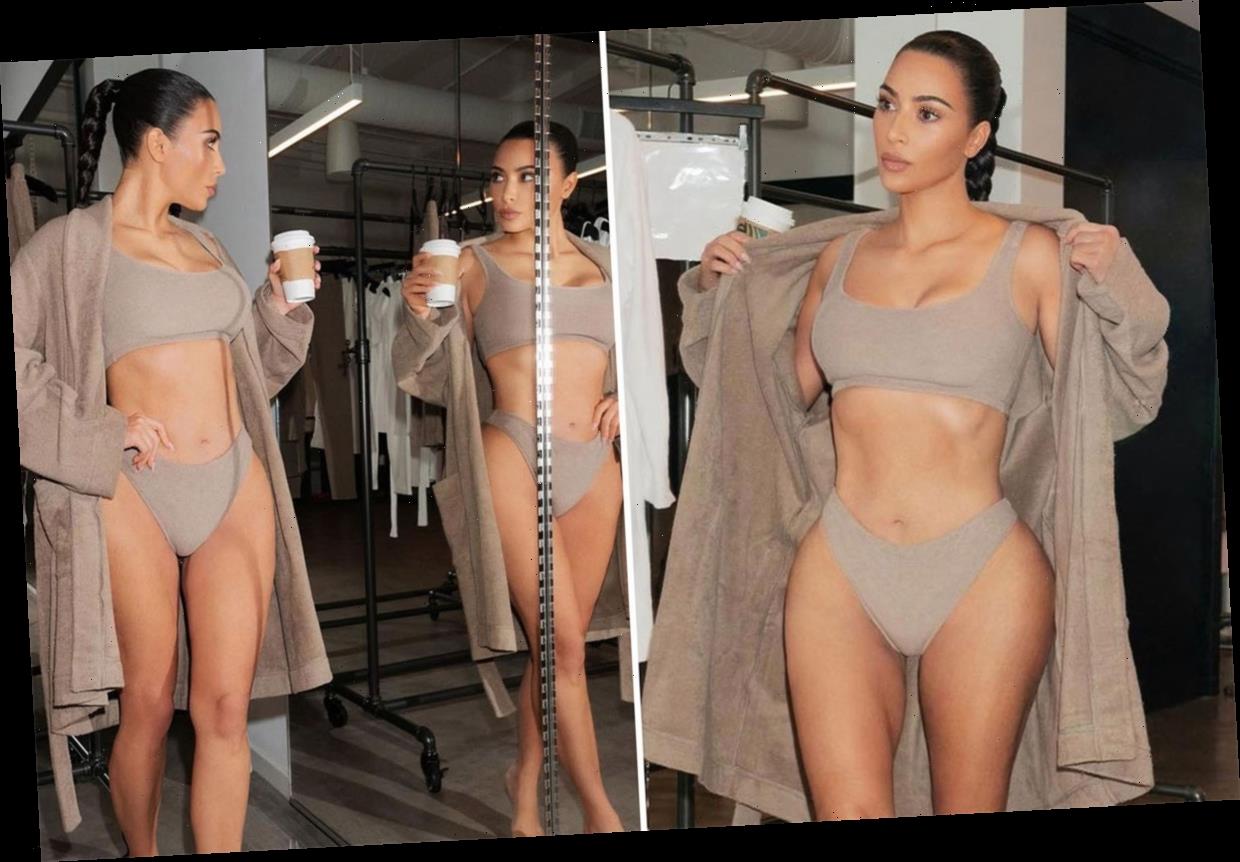 KIM Kardashian flaunted her hourglass figure in a new Skims photoshoot, and fans think the reality star is looking “so tiny.”

The 40-year-old posed in various pieces – from underwear to robes to form-fitting loungewear – from her brand’s new collection. 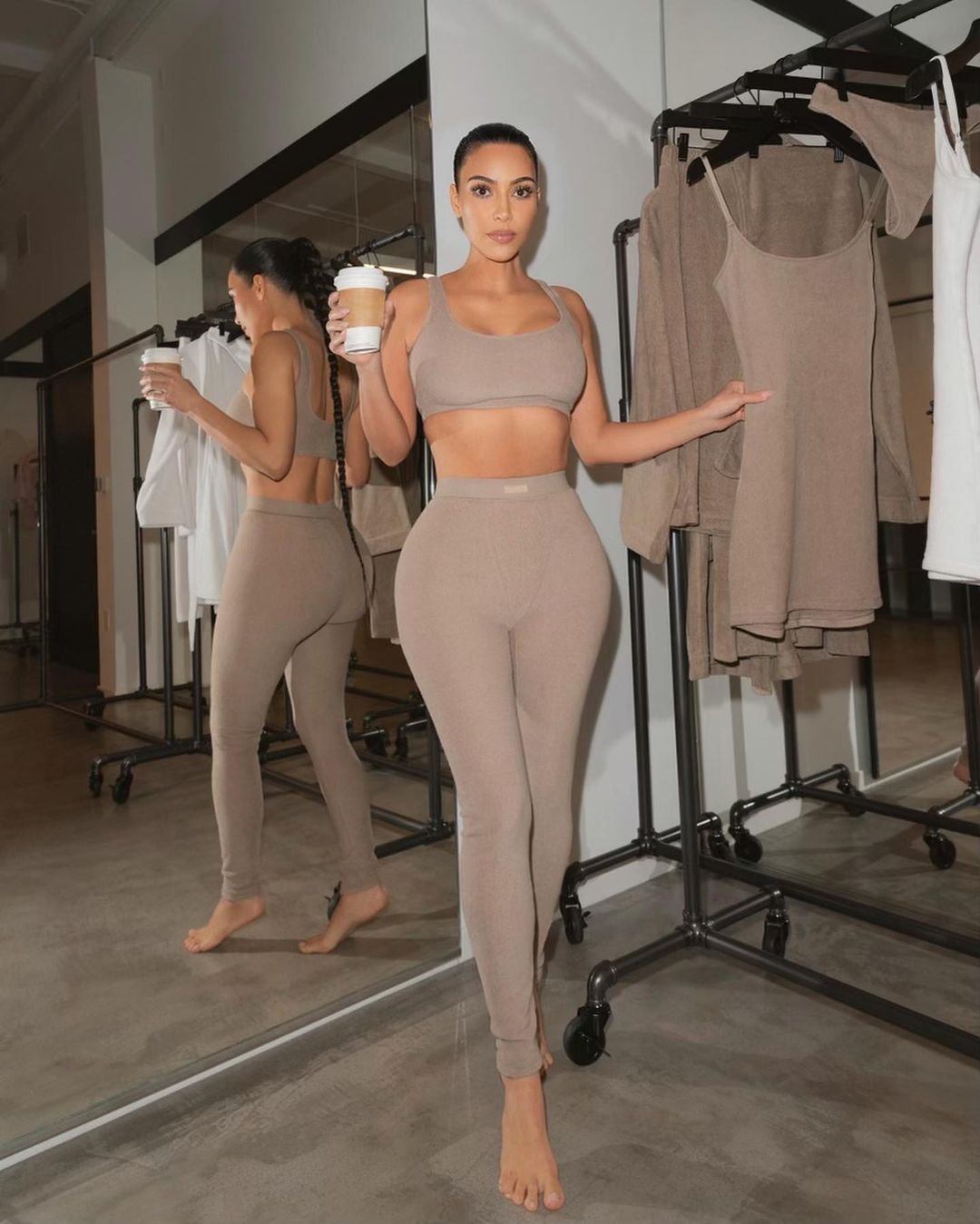 On Friday, Kim shared a gallery of photos from the shoot, showing off her curves in a sports bra and high-waisted leggings in the first couple pictures.

In another, she held onto a hot drink while taking in her own reflection in the mirror while wearing an underwear set and an opened robe.

A fourth shot showed the Keeping Up With the Kardashians star in the same revealing ensemble, walking around her showroom barefoot. 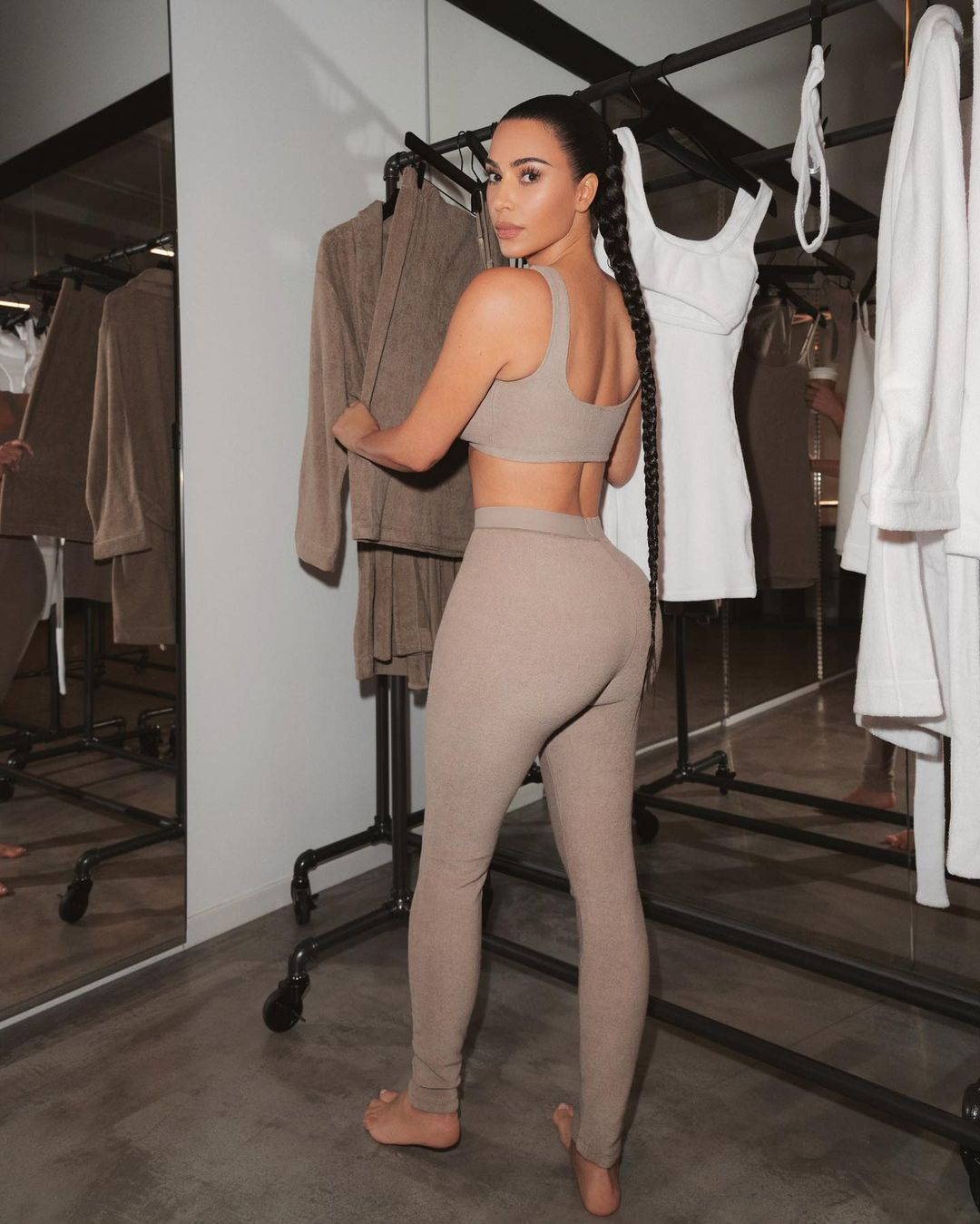 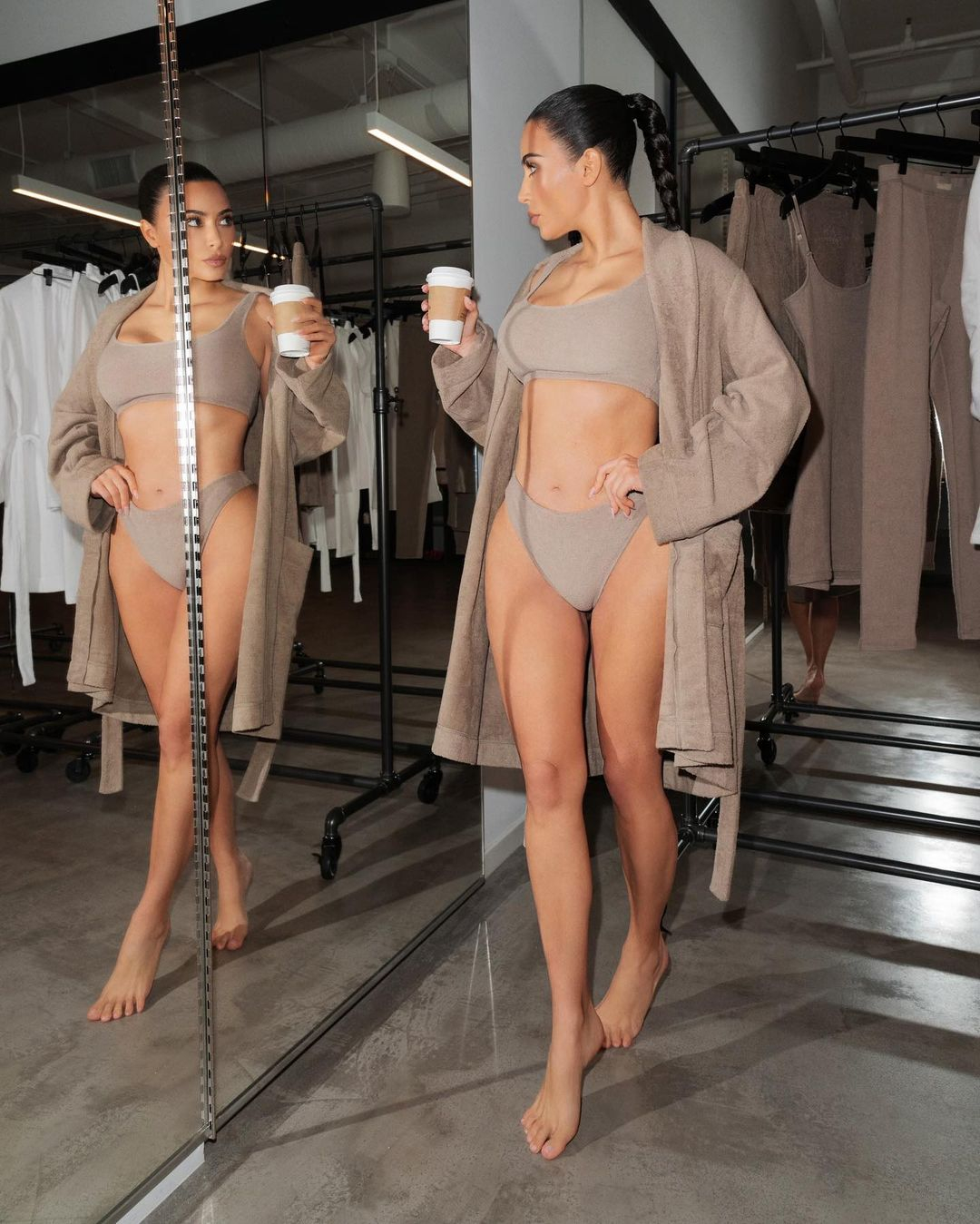 With her flat tummy and waist on display in each of her different looks, many fans became worried and commented on how she’s looking “so tiny.”

One said they think the newly-single star, who recently filed for divorce from husband Kanye West, needs to “gain some weight,” while another called her “Slim Kardashian.”

Despite some concerns about her appearance, many of Kim’s other fans told her how “beautiful” and “superb” she’s looking.

Followers wrote that the mom of four is looking “amazing,” “great,” and “gorgeous.” 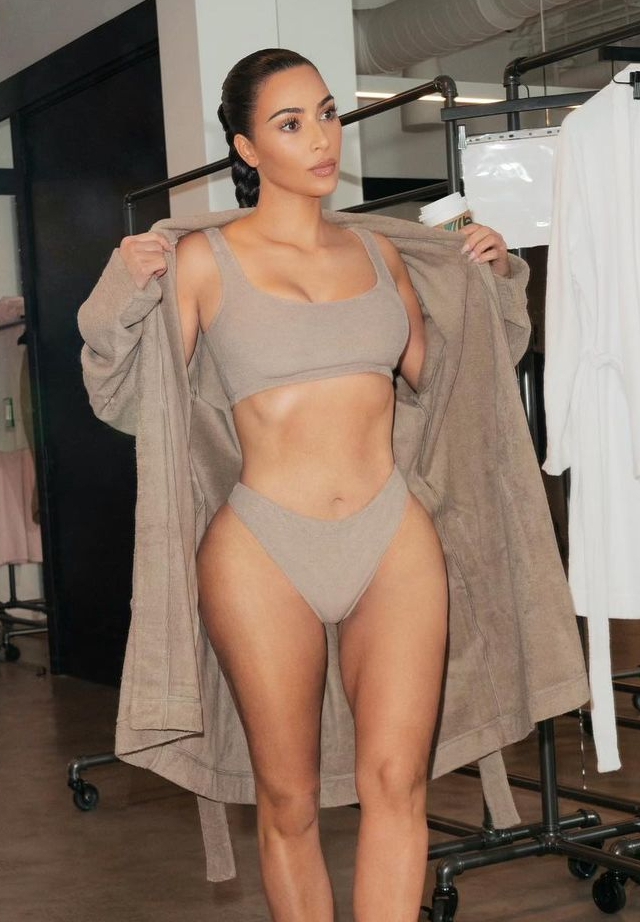 Her sister Kourtney wrote that she “NEEDS” the new Skims collection, while sister Khloe said she’s already “swiping up” to grab it.

Earlier on Friday, Kim offered her fans a bit of advice and encouraged them "focus on you."

The KUWTK star offered the wise words while posing on a beach chair in a teeny khaki bikini, gold layered necklaces, and chunky sunglasses.

The mother of four appeared to ditch the makeup for the sun-kissed shots and styled her long dark hair in pigtails. 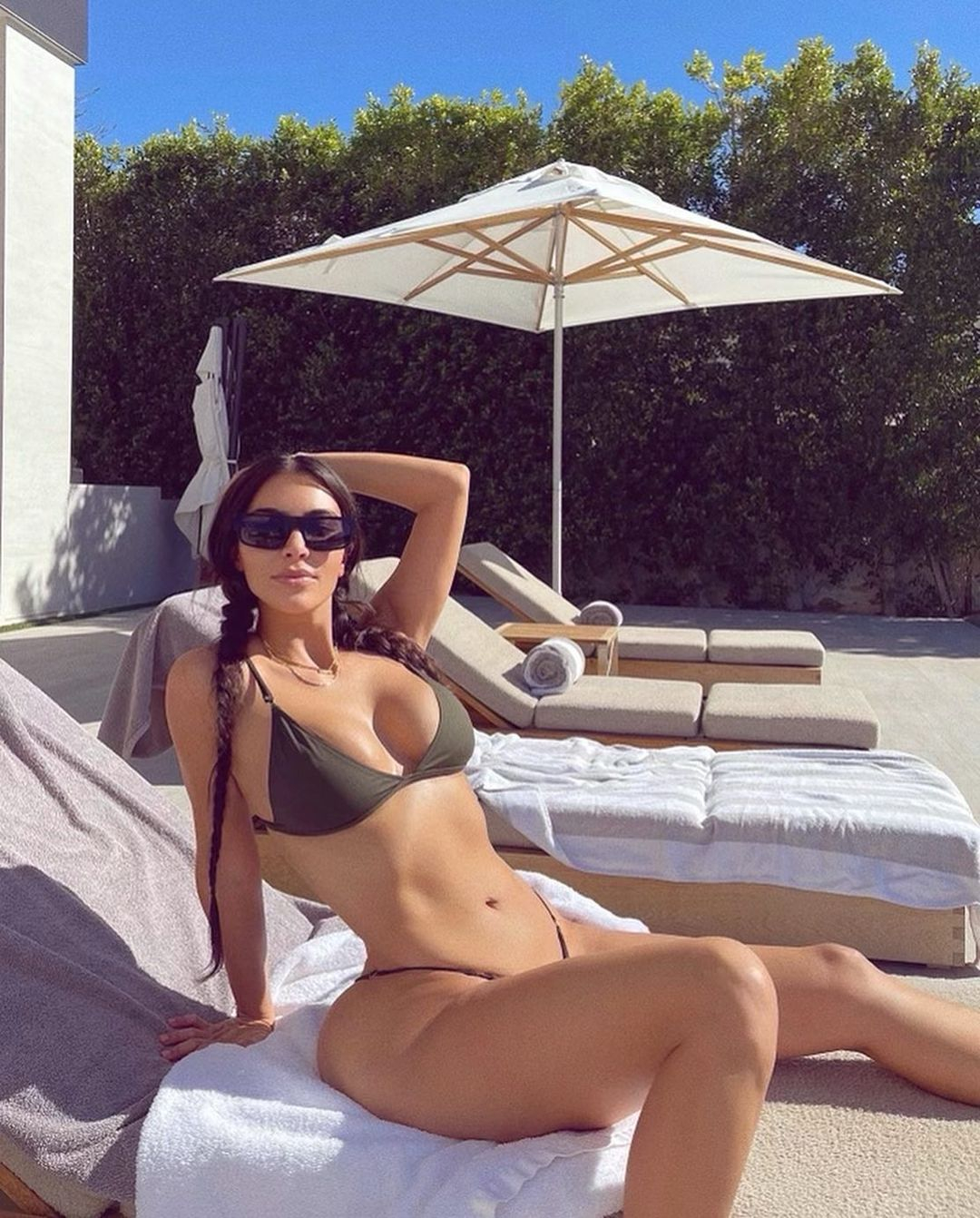 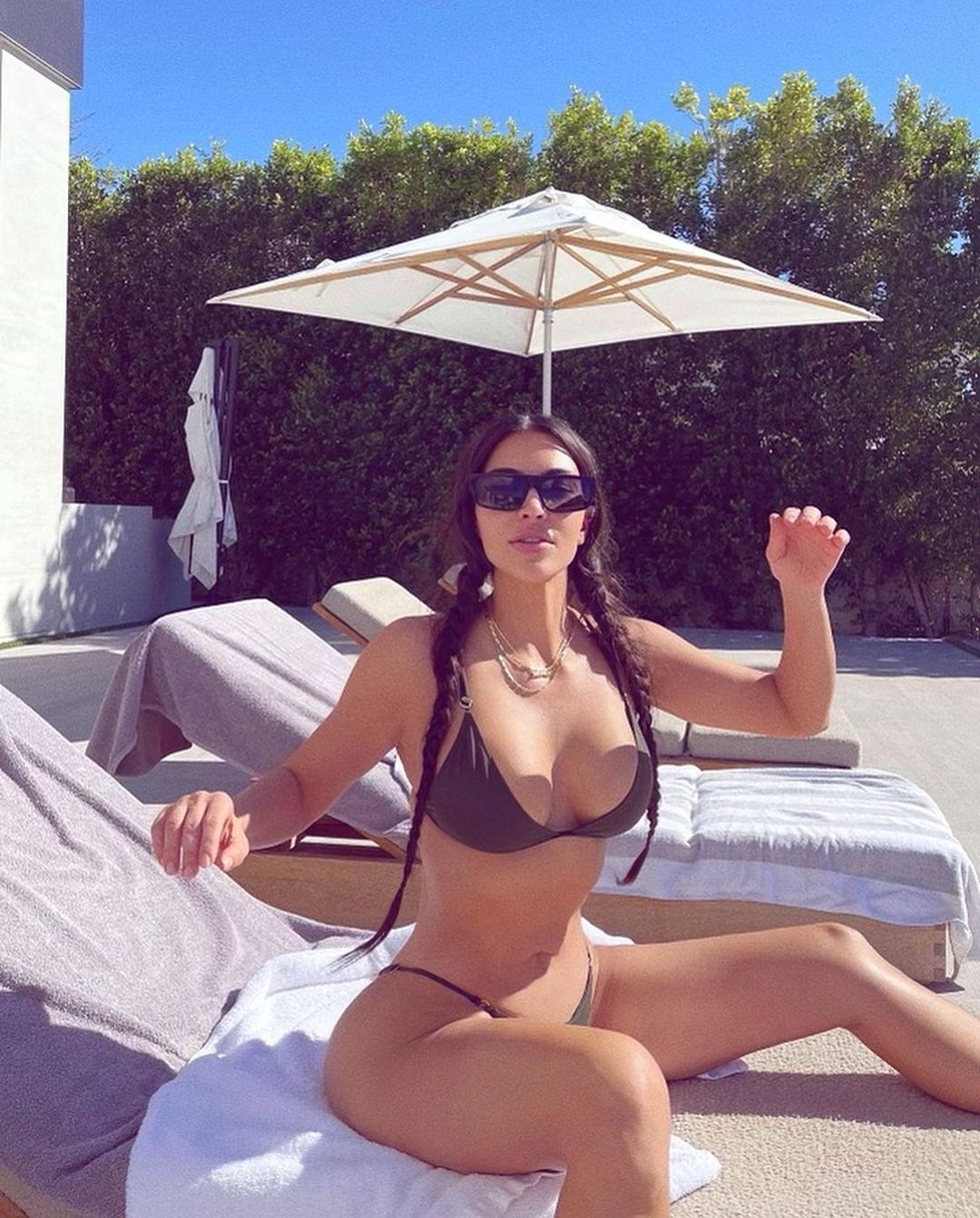 The star captioned it: "Zone out and focus on you."

Kim's desire to spend her time focusing on herself and on her kids comes amid her nasty divorce from Kanye.

He'd reportedly blocked off contact with Kim since even before she officially announced their split, according to Page Six.

The source explained: “Even before Kim filed for divorce, Kanye changed his numbers and said, ‘You can contact me through my security.'"

Kim officially filed for divorce from Kanye in February after months of speculation that their seven-year marriage was over.

Kim – who is being represented by divorce lawyer Laura Wasser – is asking for joint legal and physical custody of their brood. 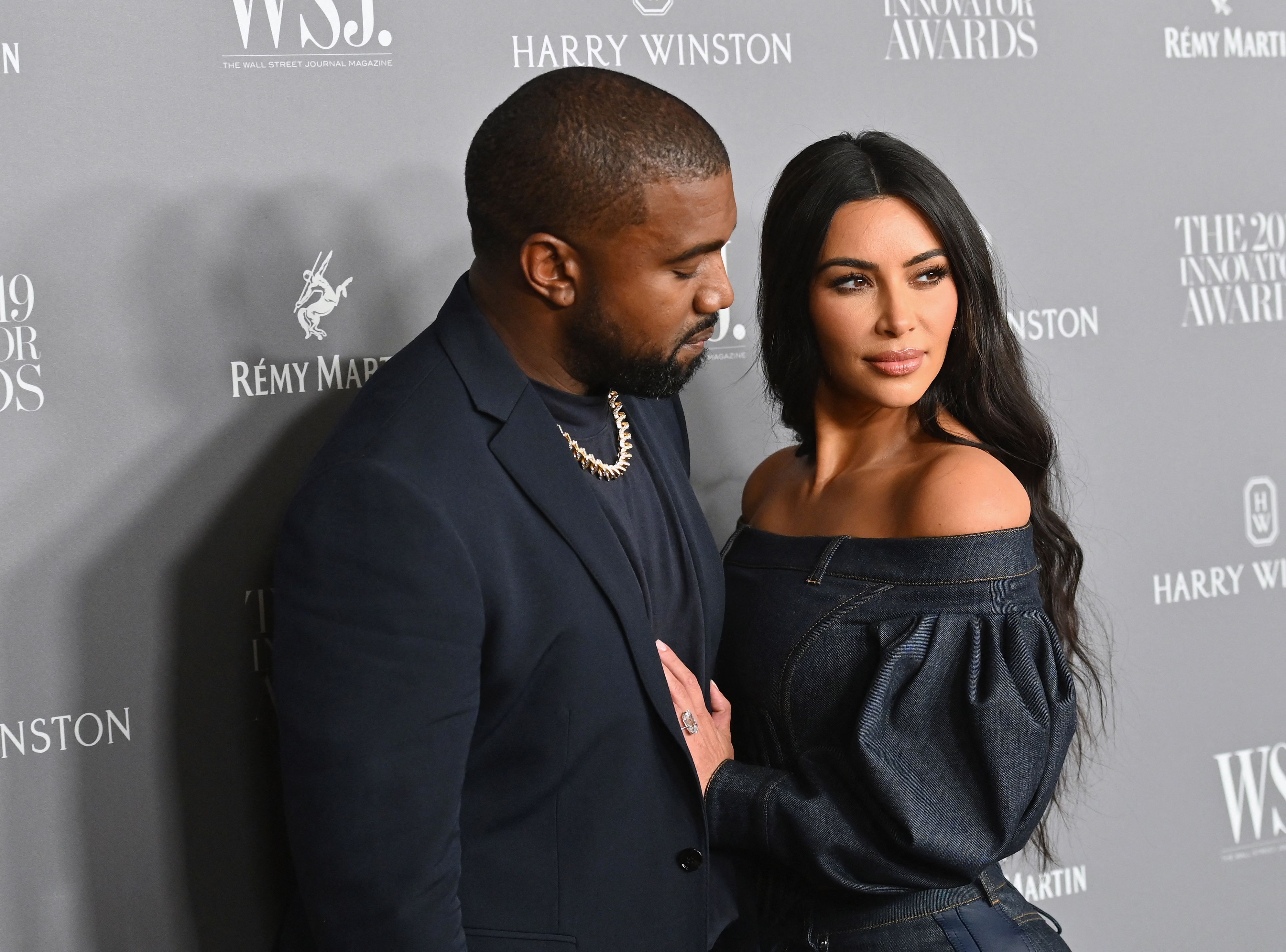