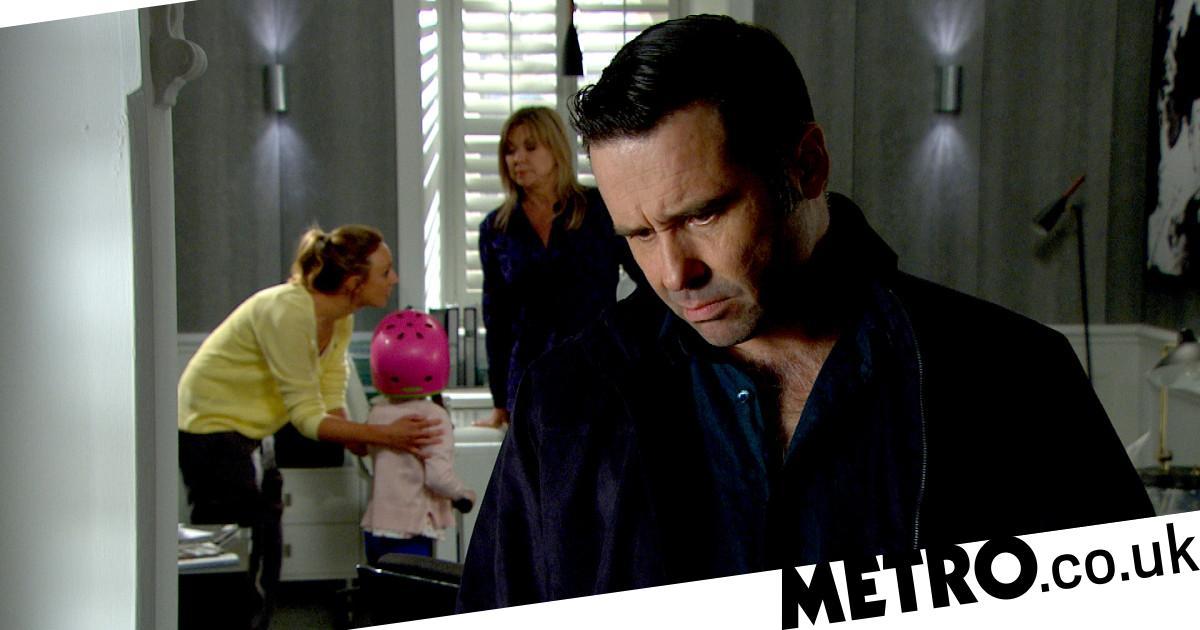 Emmerdale is heating up as Kim Tate (Claire King) plans to build an empire through her take over of the burned down factory.

After the explosion, which saw Frank Clayton (Michael Praed) killed off, the evil Kate has been worming her way into the business and bought the building with the plan to turn it into an activity centre.

And while she might appear close to Graham Foster (Andrew Scarborough), it appears there are plans she’ll end up taking him down.

When chatting to Inside Soap, Claire who plays the villain, spoke about her character’s future, and what lies ahead for the village.

She told the publication: ‘There is a Kim and Graham story coming up, which does involve family.

‘But also Kim goes into partnership with a new guy who she worked with in Dubai when she went away on a business holiday.’

Kim is currently co-owning the business with Jai Sharma (Chris Bisson), however recent episodes made it sound as though she might try to dupe Jai out of his share.

Scenes showed her phoning up the mysterious business partner from Dubai, where she told them she’d found the ‘perfect place’.

Chris recently addressed the story arc on Loose Women: ‘[Jai’s] right in the middle of it – well, his factory. His dad’s made a mess of it and he’s now trying to pick up the pieces.

‘The factory workers are all out of work, so they’re on his case.’

The 44-year-old added: ‘My dad’s borrowed money off Kim, the evil Kim Tate, so that intensifies as well.’

Talking about what’s to come in the Dales, he continued: ‘We have a big event and all the ripples continue to go, so obviously there’s a lot that’s signalling Kim Tate will be a big part in the future.’