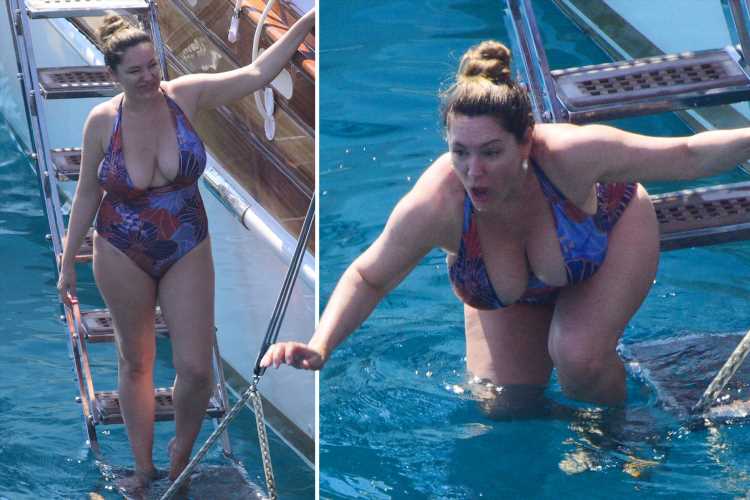 CURVY Kelly Brook plunged into the sea wearing a revealing swimsuit during her holiday with boyfriend Jeremy Parisi.

The 39-year-old presenter and one-time Strictly star was seen messing around in the water off a luxury yacht on the Turkish coast. 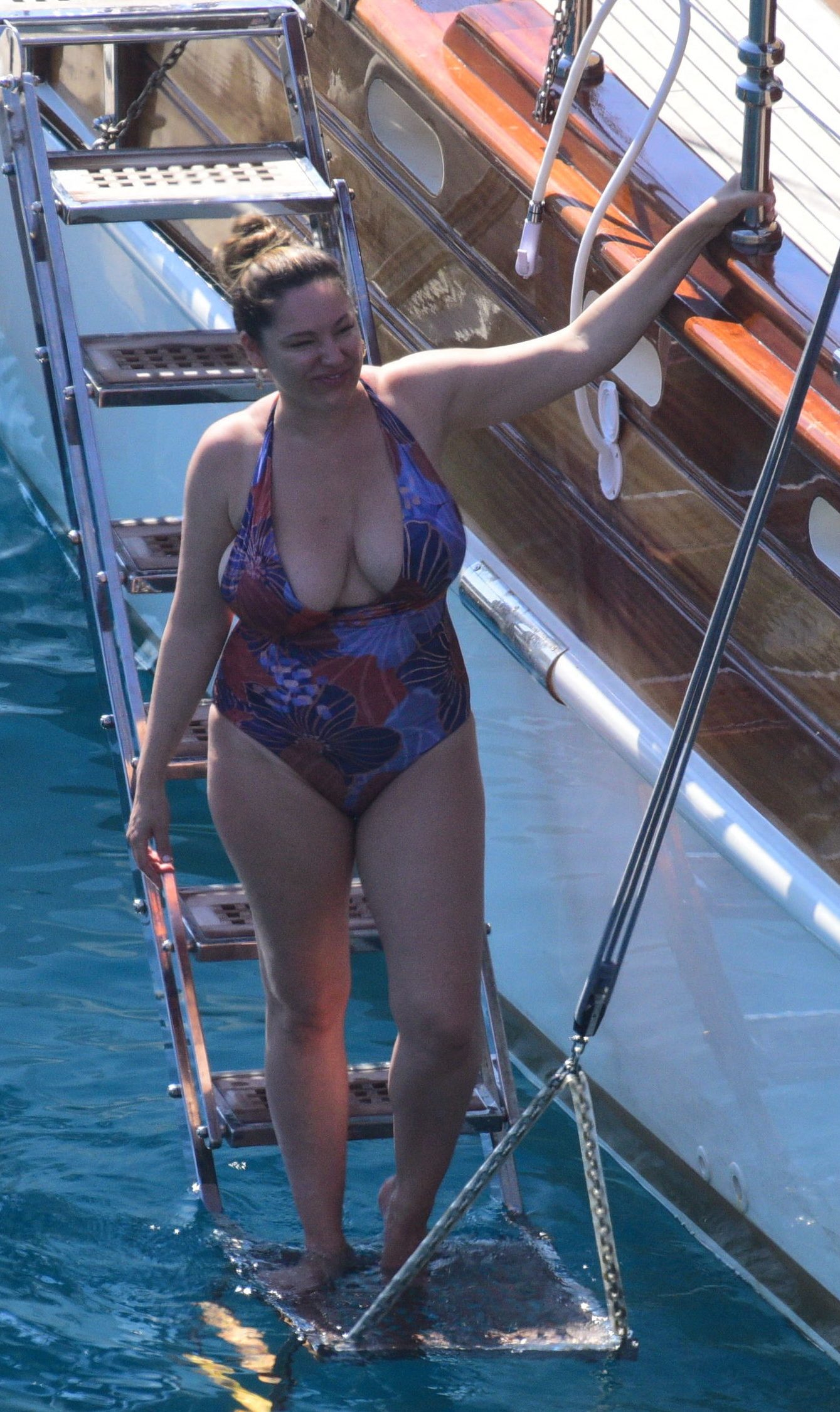 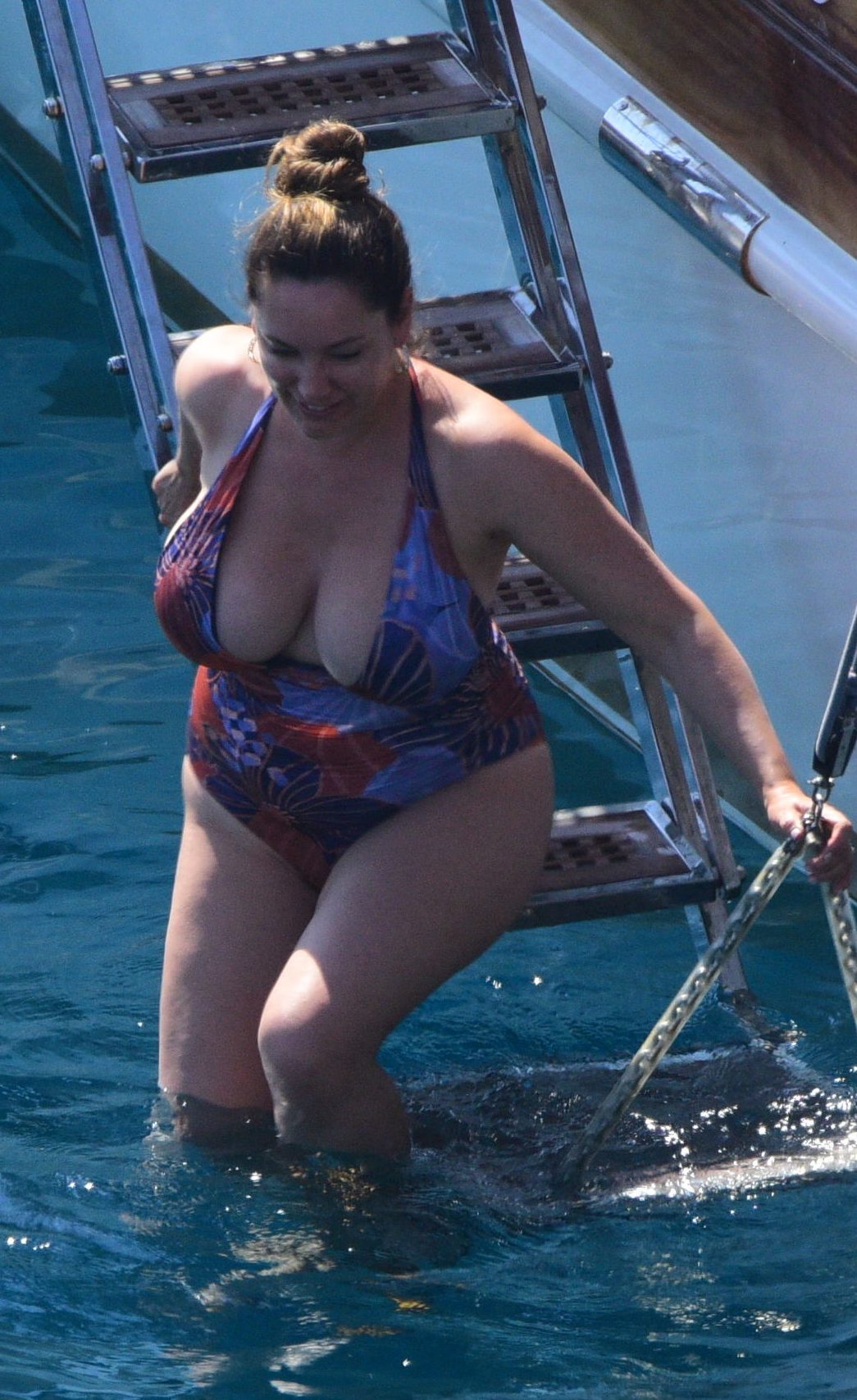 She is pictured climbing down the steps of the boat in a patterned one-piece while Jeremy looked down from the safety of the deck.

The TV and radio star then leapt into the clear-blue sea looking alarmed – and holding her nose.

After a quick dip, Kelly emerged from the waves dripping with water and with her hair slicked back.

She then hosed herself down with a handy shower nozzle before clambering back onto the deck to rejoin her French boyfriend. 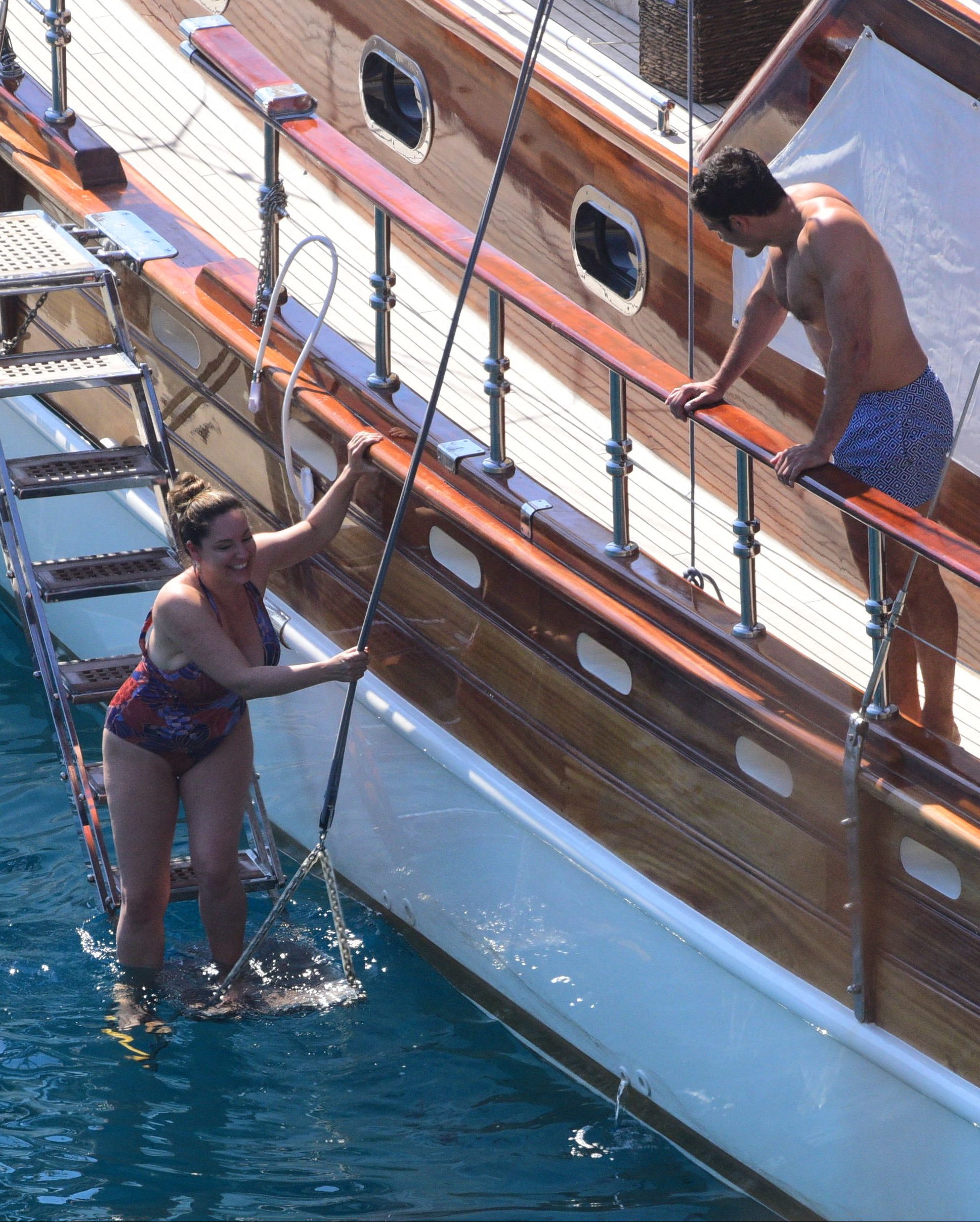 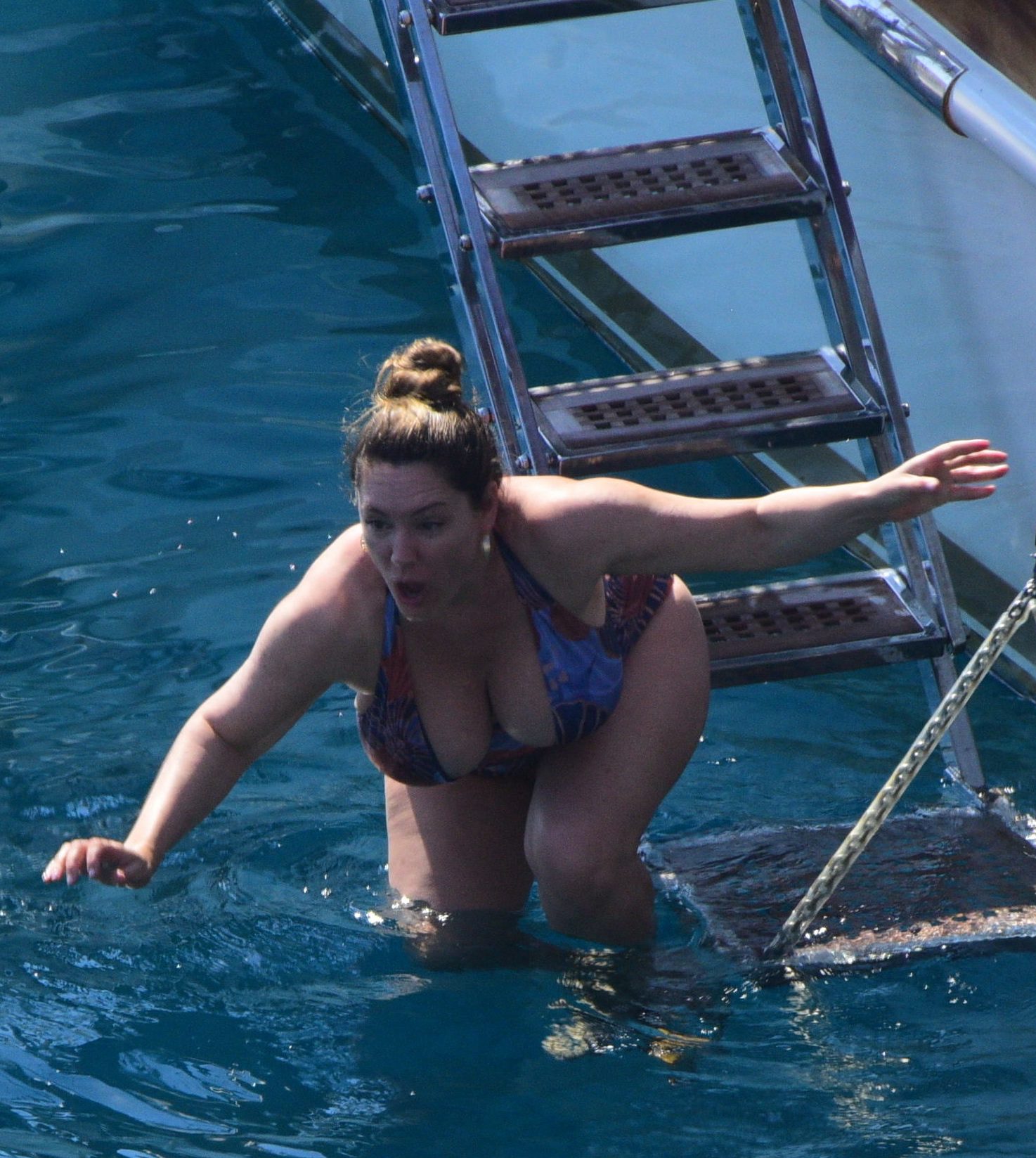 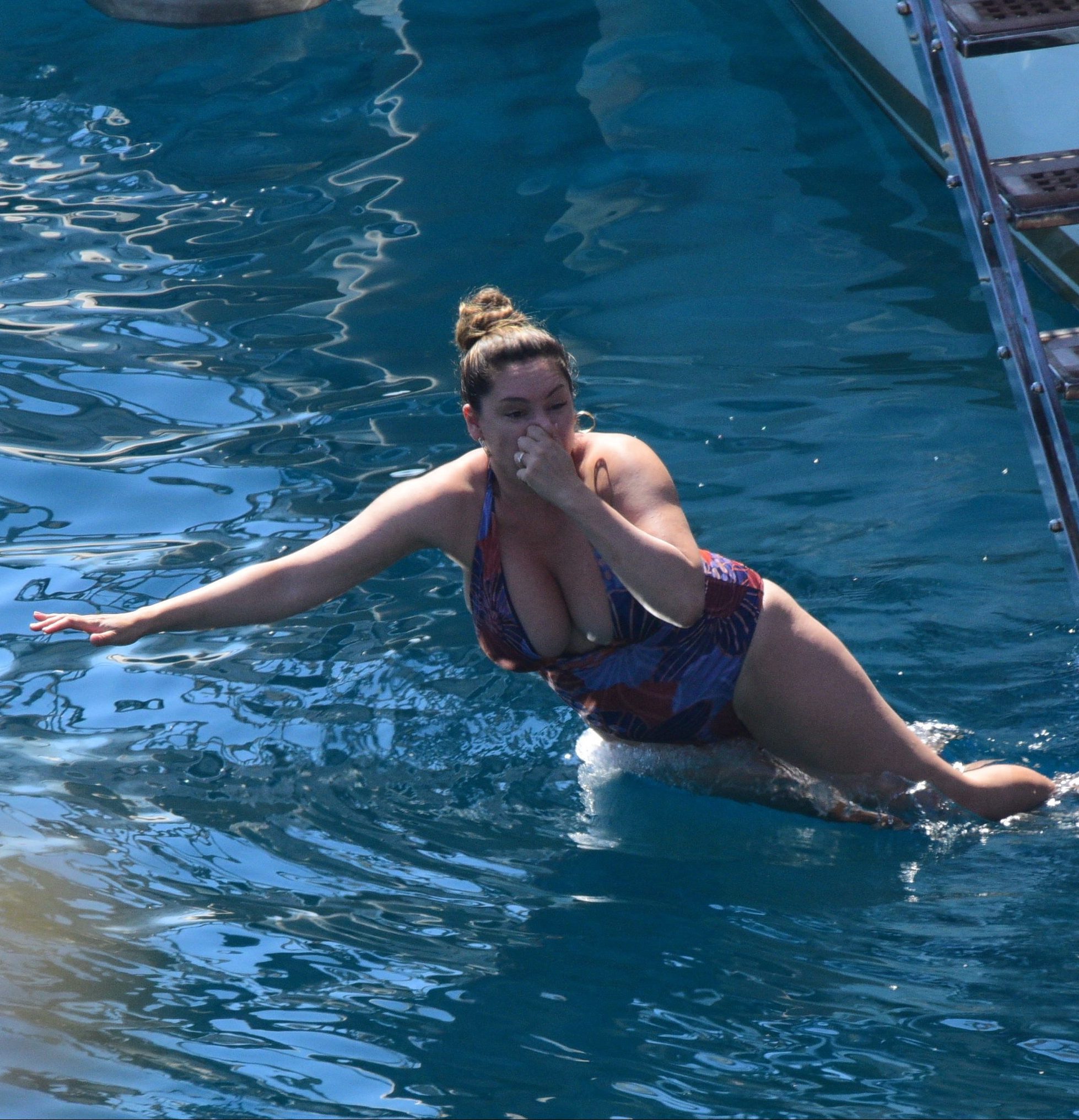 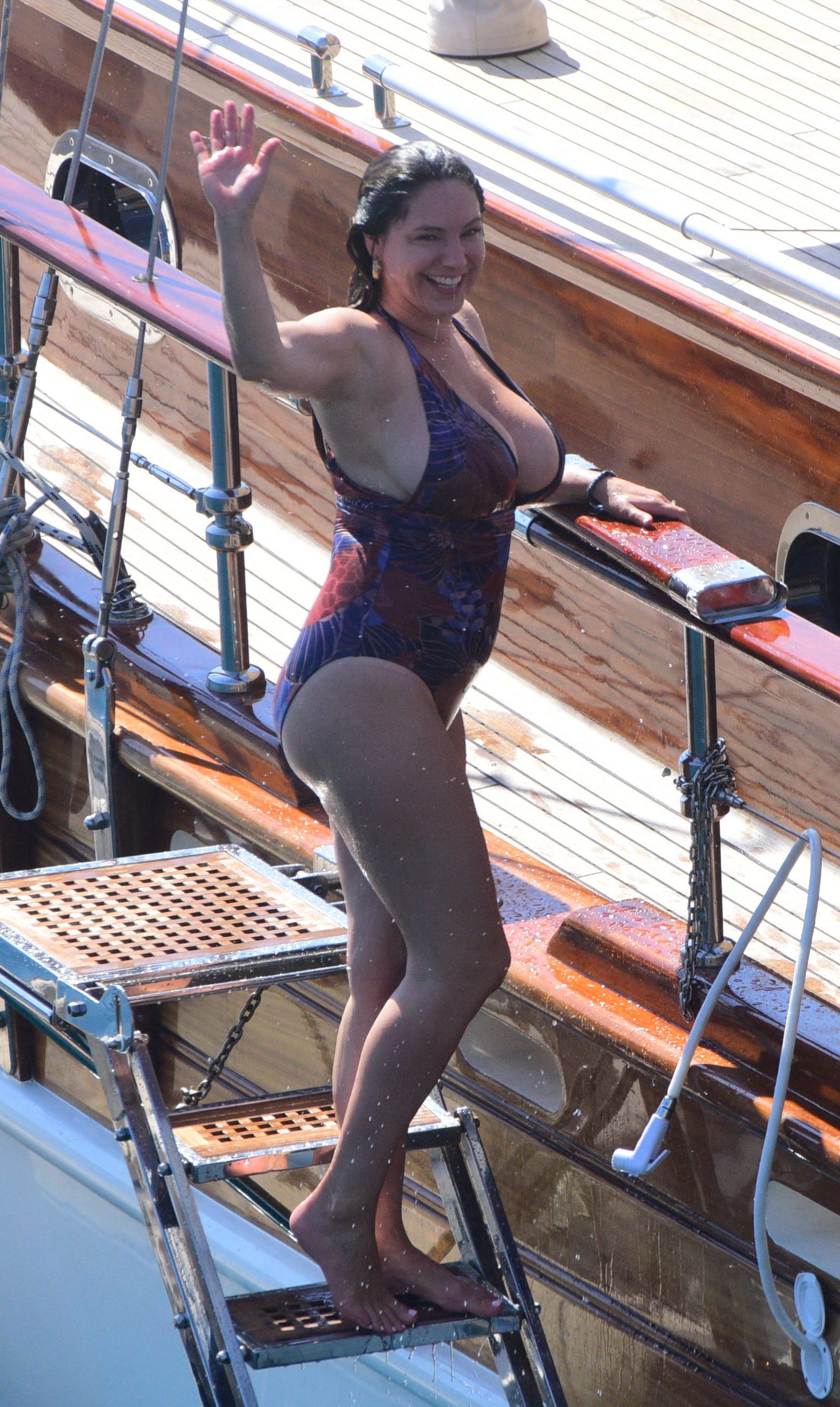 She smiled and waved before having a cup of coffee in the sunshine while 32-year-old Jeremy lay down next to her.

Kelly and the model, who split their time between his place in France and her Kent farmhouse, are enjoying a sunshine break off the Turquoise coast of Turkey.

They have been hanging out on the Bodrum-based boat, which features three deluxe cabins and has room for up to six guests.

The pair were seen having a lunch of bread and small plates of what look like cured meats and cheese – with a tub of Nutella chocolate spread also part of the feast. 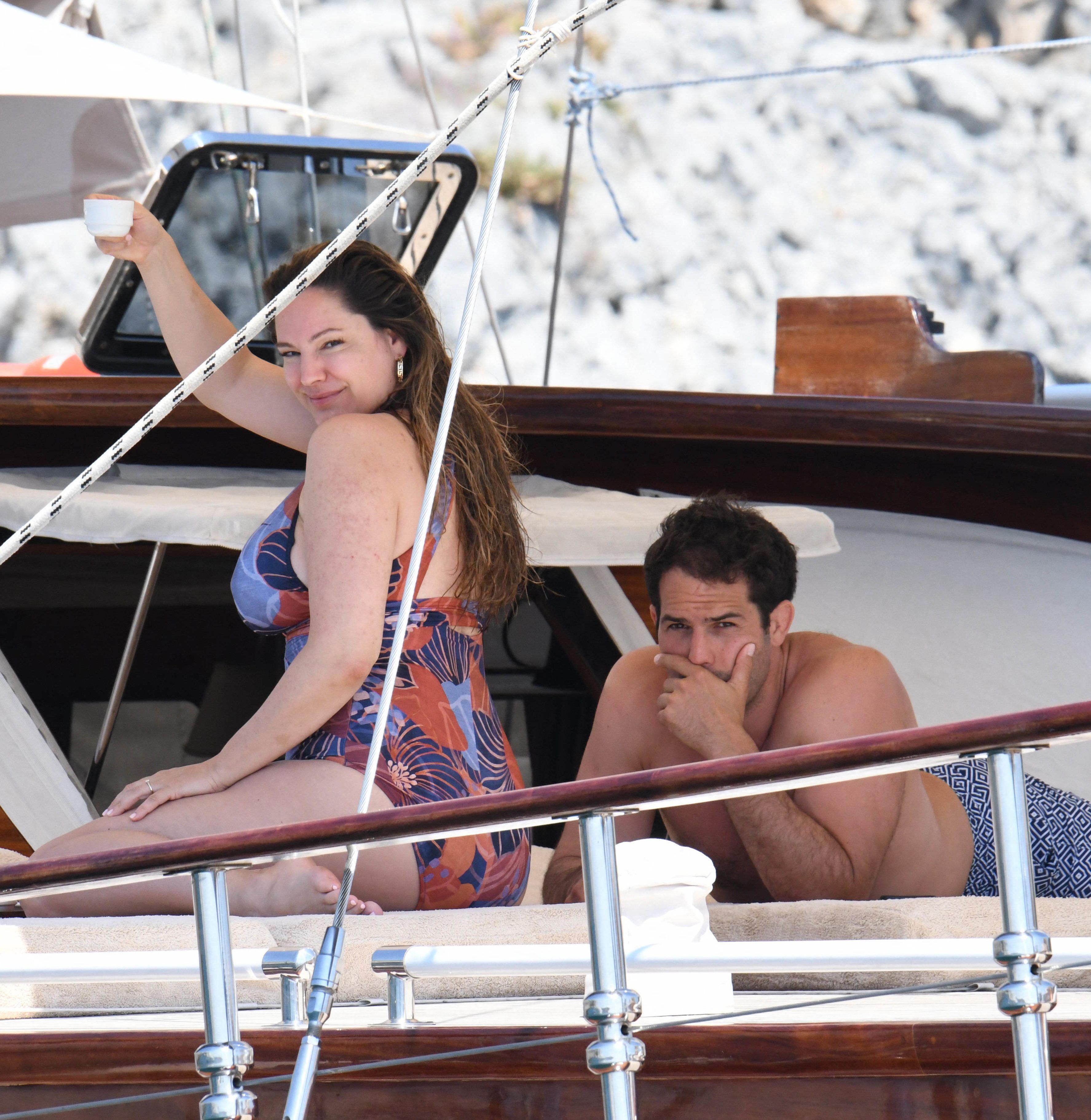 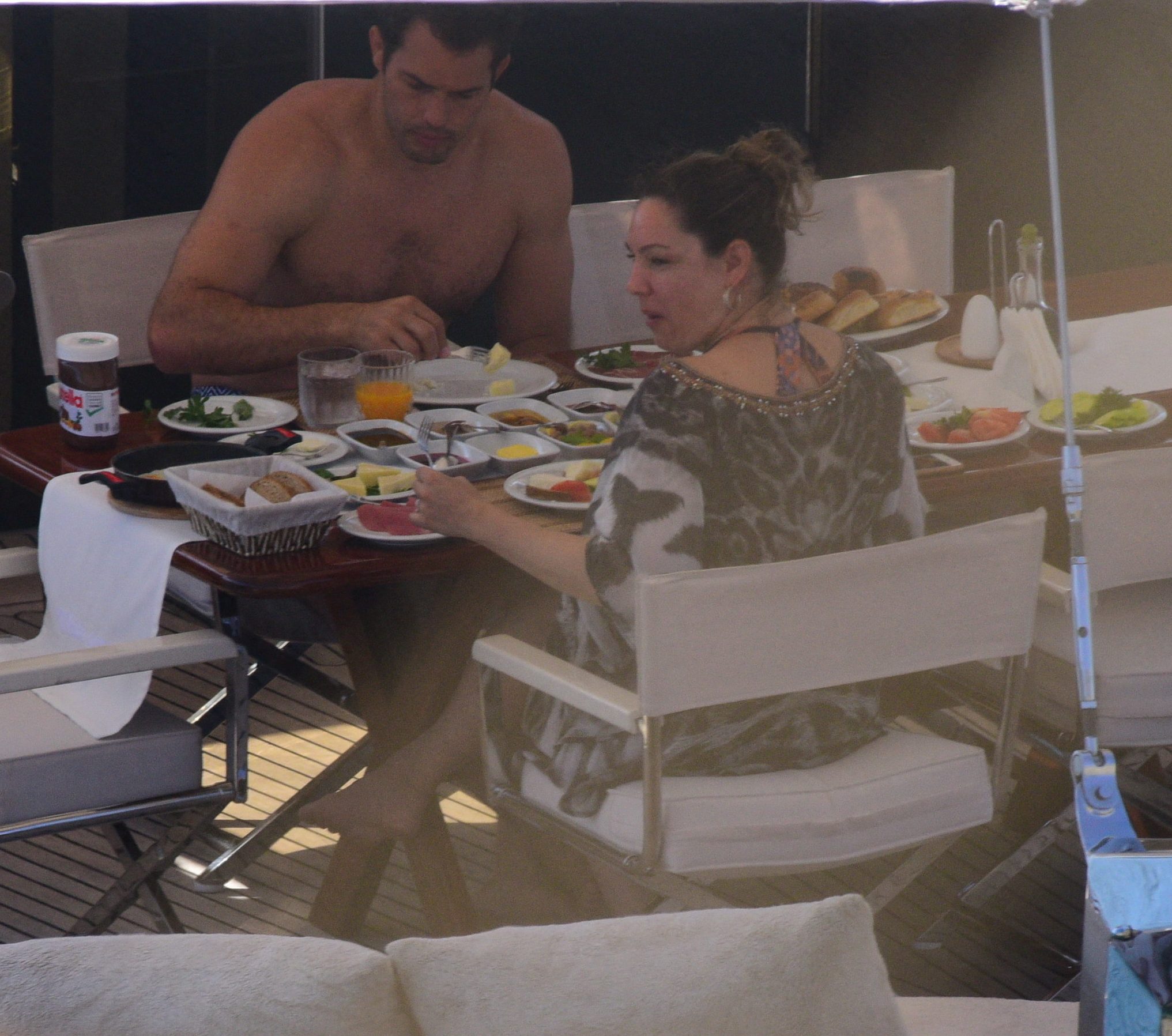 Last year, Kelly revealed that she proposed to Jeremy – but he said no.

She later explained that it wasn't a serious proposal and insisted she didn't take the knockback to heart.