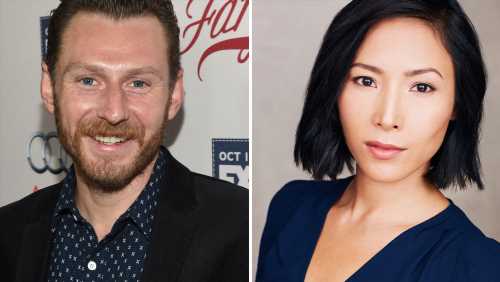 Keir O’Donnell (Wedding Crashers) is set for a recurring role on the second season of History’s hit UFO drama series Project Blue Book, from A+E Studios and executive producer Robert Zemeckis. Starring Aidan Gillen and Michael Malarkey, Project Blue Book is based on the true, top-secret investigations into Unidentified Flying Objects (UFOs) and related phenomena conducted by the U.S. Air Force in the 1950s and 60s. Neal McDonough, Michael Harney, Laura Mennell and Ksenia Solo also star. O’Donnell will play Even William Blake, a charmingly eccentric alien enthusiast with a religious dedication to his weekly U.F.O meetings. He takes a liking to Mimi Hynek and, thanks to his encyclopedic knowledge of everything extraterrestrial, quickly becomes friend, confidant, and premier informer to Project Blue Book’s best behind-the-scenes agent. O’Donnell’s recent TV credits include Legion and Ray Donovan, and on the big screen he has appeared in Wedding Crashers, The Break-Up and American Sniper, among others. He’s repped by Silver Lining Entertainment.

Julee Cerda (The Loudest Voice) is joining the Season 5 cast of NBC’s Blindspot in a recurring role. Blindspot, from Warner Bros. TV, started off with a beautiful woman (Jaime Alexander) with no memories of her past being found naked in Times Square with her body fully covered in intricate tattoos. Her discovery sets off a vast and complex mystery that immediately ignites the attention of the FBI. Cerda will play Ivy Sands. Further character details are being kept under wraps Cerda was most recently seen in Showtime’s The Loudest Voice, as Wendi Deng, Rubert Murdoch’s (Simon McBurney) younger wife. On the big screen she’ll next be seen in Joker. Her other TV credits include Orange is the New Black, House of Cards, Kevin Can Wait and Billions. Cerda is repped by The M.E.T. Group and Take 3 Talent.