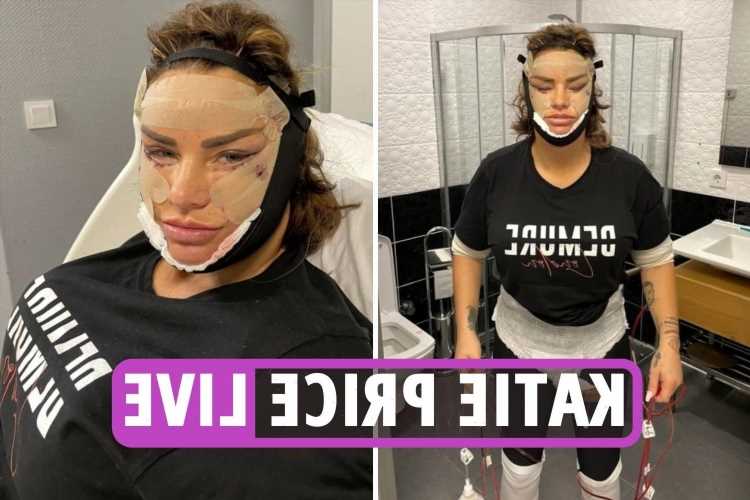 KATIE Price is in "horrendous pain" and left looking like a “monster” after her latest round of plastic surgery.

The TV star, 43, recently flew to Turkey for full body liposuction, eye and lip lifts, liposuction under her chin, and fat injected into her bum.

She looks unrecognisable as our exclusive pictures show – and even feared she was going to die after waking to be told she needed a blood transfusion.

Katie refused the transfusion, saying she feared catching Covid from the blood.

She admitted thinking: “What the f*** have I done?” and fiancé Carl Woods — watching in the operating room — feared she was dead.