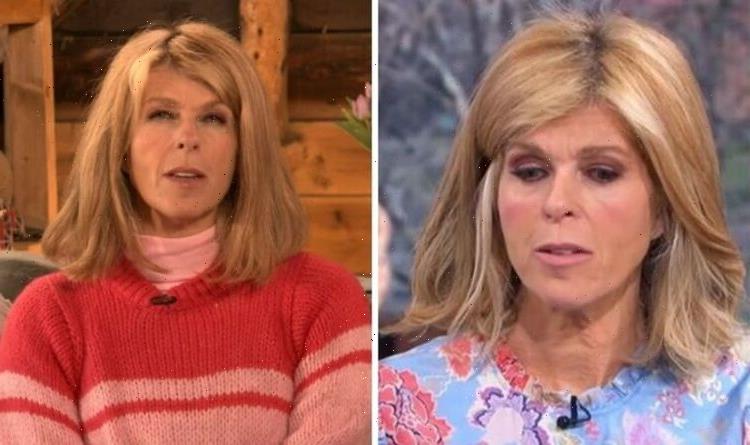 Kate Garraway explains her decision to make doc about Derek

Appearing on Love Your Weekend with Alan Titchmarsh, Good Morning Britain presenter Kate Garraway explored the process of filming her husband’s battle with Covid-19, which has left him with life-changing complications. The journalist explained how the decision to chronicle his recovery was “tricky” but that she felt lucky people identified with her story.

Speaking to Alan about becoming the story after years of being a journalist, the 54-year-old explained: “Yeah, it’s a funny thing because one of the things, when I started out [as a journalist], is that you never put yourself at the head of the story.

“Then it’s very strange when you are the story, and through no fault of his own, poor soul, Derek did sort of become the story in 2020.

“Because he was one of the first to get so sick, he mercifully survived when others didn’t.”

“Well it was touch and go though,” Alan pointed out.

“Oh my god, it was touch and go for months,” Kate replied.

“And actually, even now, the virus has obviously left his system, but even now he is in a very challenging position.

“All his organs have been damaged in some way and so he’s not out of the woods but he’s still here.

“And of course, I happen to have a job where I’m lucky that people sort of recognise you and know you and Derek’s had a life where he’d done some things in the public eye.”

The broadcaster continued: “I kind of feel like, very sweetly, people sort of latched on to what Derek was going through because their uncles, aunts, brothers, sisters were going through it.

“It was tricky to decide to do it [make the documentary], I found it so emotional.

“I feel like I was just talking to him and couldn’t concentrate [during visits].”

She explained how she started to record things on her phone to fully notice his progress and when she was asked about the documentary she believed it would be helpful.

Finding Derek aired on ITV last year and detailed the impact the illness left on the 54-year-old, as well as Kate and their two children, Darcey and Billy.

The award-winning documentary left viewers in tears as Kate candidly showed the devastating impact COVID-19 has had on her family.

The ITV star received a National Television Award in September following the raw insight into her life.

Speaking on the night, she hinted a sequel was on the cards.

“We are going to make another documentary — there are plans for more.”

Earlier this month, Kate finally aired the show sequel, Caring For Derek, which gave viewers an insight into their home life after he was discharged from hospital.