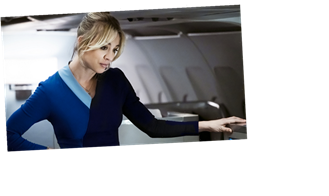 Kaley Cuoco is shedding her Big Bang Theory skin as she embarks on a new series, HBO Max’s dark comedic thriller The Flight Attendant, a year and a half after saying goodbye to Penny, the character she’s most widely known for by TV audiences around the world.

“You know, I still don’t know if it was right or wrong,” Cuoco told ET’s Nischelle Turner in October about taking on a darker project like The Flight Attendant so soon after Big Bang. “I have a very strong gut feeling, and when I saw this book and I was thinking of what the next project would be, ‘Do I want to option something? What do I want to do?’ When I saw this book and I read this girl, I thought, ‘Oh my God, this would make a really fascinating TV character.’ I just thought that it would… Then all of a sudden I was in New York shooting it, got a great team and three years later, it’s amazing to see this come to life ’cause it really has been my baby.”

In the eight-episode series based on the 2018 bestseller by Chris Bohjalian, Cuoco plays Cassie, a flight attendant who wakes up after a drunken evening of debauchery and sex with a handsome, mysterious stranger (Michiel Huisman), only to find her lover gruesomely murdered in a pool of blood dripping into thousand-count sheets on a swanky hotel bed. Without any recollection of what happened or if she had anything do with his death, Cassie goes down a dangerous spiral as her past demons resurface amid her search for the truth.

“I loved everything about her,” Cuoco said of her character. “Obviously this girl struggles and she’s got a lot of emotional turmoil, and as we find out in the eight episodes, a lot goes back to her childhood, which is something she’s been running from her entire life. And alcohol is what makes her escape from what has truly happened to her. The trauma of waking up [after] this murder, it’s just adding on and bringing her back to her childhood.”

“I got to play so many different emotions that I’ve never been able to do before. I’ve never had the opportunity, so this was my time,” she continued. “It was cool. In the last few episodes, she really hits rock bottom and I think I went into the hair and makeup room maybe twice ’cause we just kind of let everything go. And it was so cool ’cause it felt so real and authentic. I’m like, shouldn’t look her best. This is not [that], you know what I mean? So it was kind of cool to get authentic and real and play it as real as I possibly could.” 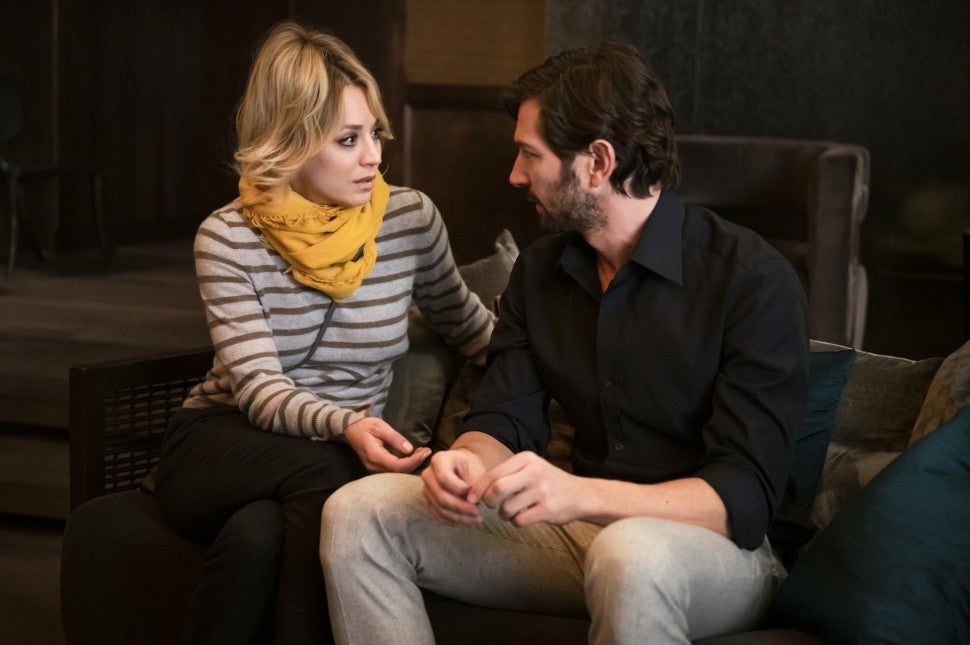 And because The Flight Attendant, which temporarily halted production in March for a few months due to the pandemic, kick-starts the action on a plane, Cuoco shared one of her most memorable interactions with a flight attendant during a flight.

“You know what I get a lot? I don’t know if anything crazy has happened on a plane, but I had a flight attendant come up to me and I was really focused. I was looking down at my laptop and I was having a drink, and she just went, ‘Penny, Penny?’ And I literally jumped so high and I’m like, ‘Ahhh! I’m so sorry!'” she recalled. “I think she was horrified at my reaction. It was awkward the rest [of the flight], and I’m like, ‘No, thank you. You love the show! Thank you.’ But yeah, my heart is still pounding from [that].”

“I’ve had plenty of flights where I’ve walked up and down the aisle or go to the bathroom or something, and I see people watching Big Bang,” Cuoco added later. “I wonder if they… and I see them laughing. Very cute.”