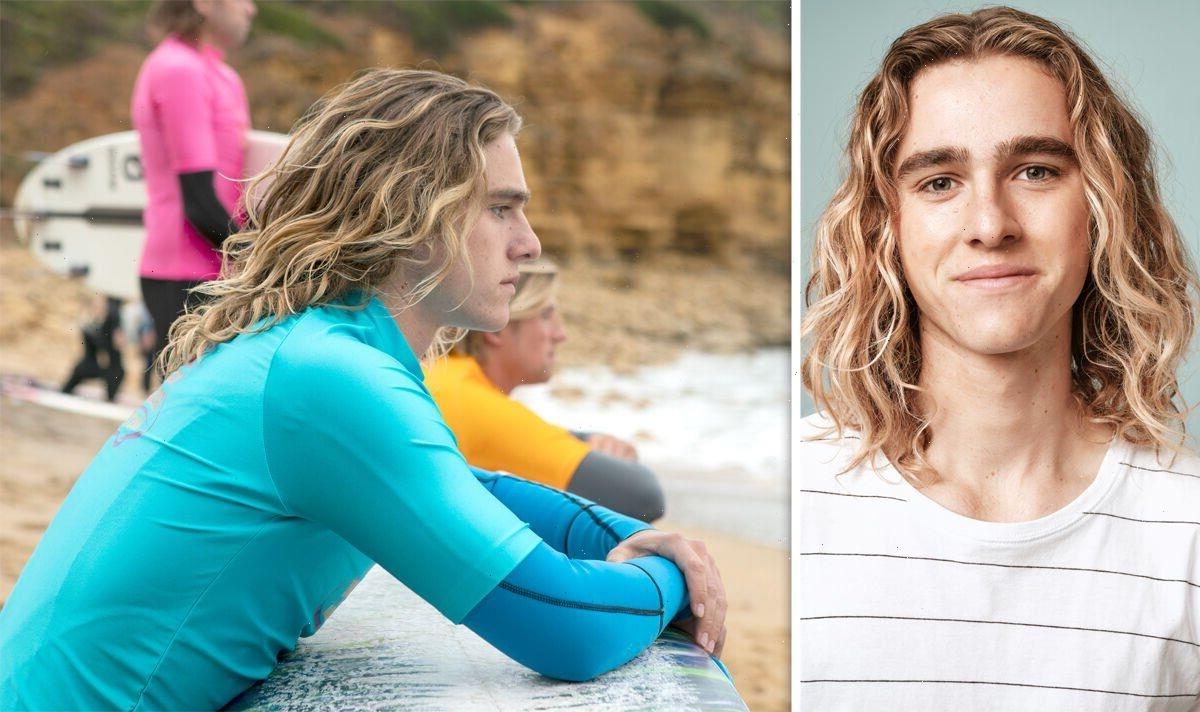 Surviving Summer landed on Netflix on June 3 and is already in the top 10 shows on the streaming platform around the world. The show follows brattish American teenager Summer Torres (played by Sky Katz), who is expelled from not one but two elite private school and finds herself carted off to Shorehaven in Australia to live with relatives. During her time Down Under, Summer unexpectedly finds herself at home as she gets to know the locals including Ari Gibson (Kai Lewins), Poppy Tetanui (Lilliana Bowery), Marlon Sousa (Joao Gabriel Marinho), and Bodhi Mercer (Savannah La Rain).

Surviving Summer was created by Joanna Werner and Home and Away writer Josh Mapleston, with the pair penning the episodes, along with Magda Wozniak, Keir Wilkins, Gemma Crofts and Kirsty Fisher.

The show was filmed over 10 weeks on the Surf Coast, Victoria in Australia back in 2021.

Lewins plays heartthrob and star surfer Ari in the show with Summer forming a friendship with him.

Over the 10 episodes, Summer finally finds a place for herself among Shorehaven’s surfing community and local teens.

Summer finds solace in Ari, who is recovering from an injury as he re-enters the world of surfing competitions in the wake of months of gruelling rehabilitation.

Like all teen dramas, there’s plenty of romantic entanglements with Ari still harbouring feelings for Bodhi, meanwhile, Poppy has her eye on Ari.

Lewins is 20 and was born on November 27th, 2001, and has already starred in several projects prior to Surviving Summer.

He previously appeared in the TV series Wild Boys in 2011 as well as mini-series The Elegant Gentleman’s Guide to Knife Fightingq and Roar.

The up-and-coming star has also featured in a number of shorts including The Uneducated, Push, Hereafter, and Smithston, while his film credits including Celeste and Moon Rock for Monday.

However, Surviving Summer is the actor’s biggest part to date with fans clamouring for details about a possible season two.

Speaking about casting Lewins, creator Werner said they were “ideally” searching for an “experienced actor” who could both act and surf, hailing the actor as the “golden ticket” to this combination.

Lewis also reflected on starring in Surviving Summer: “I’ve never competed. I surf for the joy of it and my ability reflects that.

“But since I was 14, I’d surf with a group of mates as often as possible.

“I’d get to school basically falling asleep because I’d been up since 4am, catching a bus, then a train, then having a 20-minute walk, then I’d surf and then walk, bus and train to school.”

He told the Sydney Morning Herald Ari was a “beautiful soul” and despite times when the character was “pouty or moody”, he was wanted the “best for everyone around him”.

Interestingly, Ari was initially going to be a female character but this later shifted following feedback from Netflix.

Lewins has been sharing some behind-the-scenes photos from Surviving Summer including a shot of the make-up department fixing his tousled beach-blonde locks in between takes.

Along with the selection of pictures and videos, Lewis captioned the post to his 31,000 Instagram followers: “Glad we can finally share all of our hard work. Go watch!!!”

Actress Katz has also reflected on the future of Surviving Summer, which ended on a cliffhanger, saying she was hopeful.

However, Netflix will be number crunching and looking at the viewership for Surviving Summer before making a decision either way.