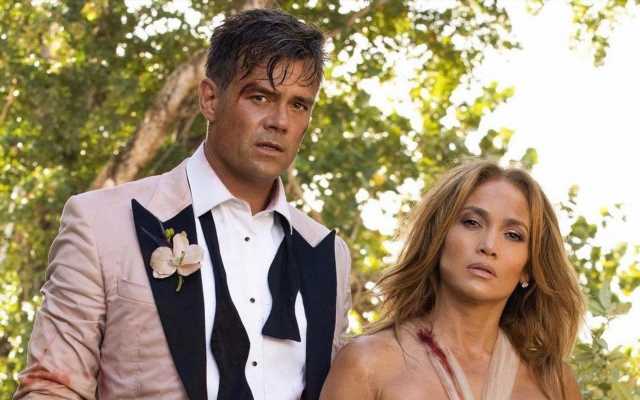 Looking back at his experience shooting the romcom in the Dominican Republic, the former ‘Las Vegas’ star gushes that the ‘On the Floor’ hitmaker was ‘a dream to work with.’

AceShowbiz – Josh Duhamel has hailed Jennifer Lopez “a dream to work with”. The actor plays “On the Floor” star Jennifer’s on-screen love interest Tom in the upcoming rom-com “Shotgun Wedding” and admitted shooting the flick in the Dominican Republic with Jennifer was the best experience of his career so far.

“It was one of the most fun experiences I’ve had shooting, or working in this business,” he told Entertainment Tonight. “First of all, we’re in the Dominican Republic, which is absolutely beautiful. Jen was a dream to work with, she’s an absolute pro and totally engaged and loved the project.”

The pair have been good friends for a long time so it was a breeze, with Josh adding, “We had a great relationship. I’ve known her forever so it was easy for us to get in lock and step.”

“The crew, the cast, we have a great cast and Jason Moore, the director, it was one of those situations that everything kind of fit perfectly. I’m very proud of the way it turned out and I can’t wait for it all to come together.”

The plot follows Tom and Darcy (Jennifer) as their “extravagant destination wedding is hijacked by criminals”. Josh took over the lead role from Armie Hammer, who has been accused by multiple women of being controlling and abusive in relationships, while exhibiting odd sex fetishes and cannibalistic fantasies.

Armie announced his exit in mid-January. In a released statement, he said, “…in light of the vicious and spurious online attacks against me, I cannot in good conscience now leave my children for 4 months to shoot a film in the Dominican Republic.” He has since also been accused of rape, which is currently under investigation by Los Angeles Police.