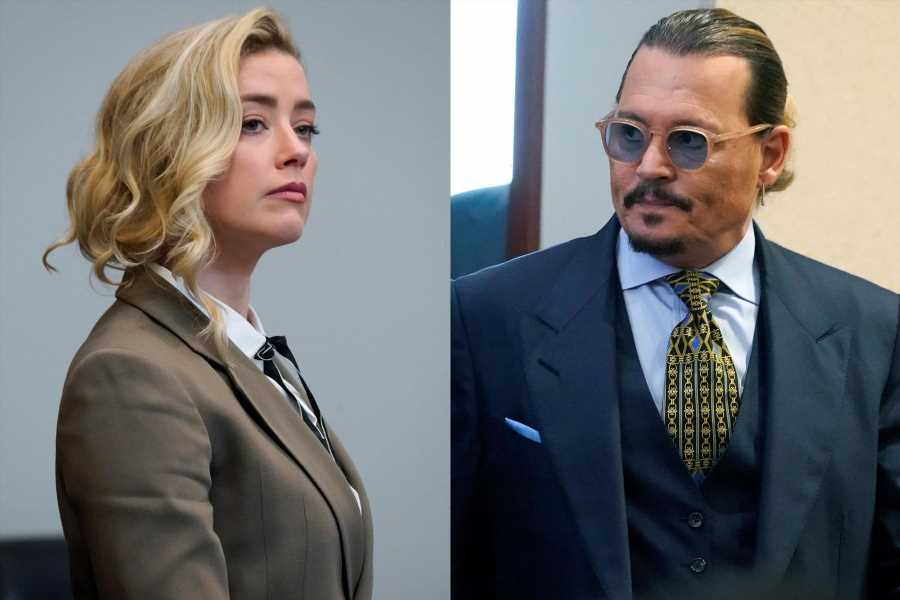 The heated, televised court battle between Johnny Depp and Amber Heard is finally over. On Wednesday, a seven-member jury found that Heard did defame Depp in his civil suit against his ex. Depp was awarded $10 million, plus punitive damages of $5 million. The actress won one of three claims in the countersuit against her former husband and was awarded $2 million.

“False, very serious and criminal allegations were levied at me via the media, which triggered an endless barrage of hateful content, although no charges were ever brought against me,” Depp said in a statement. “It had already traveled around the world twice within a nanosecond and it had a seismic impact on my life and my career…And six years later, the jury gave me my life back. I am truly humbled.”

Johnny Depp Performs With Jeff Beck Ahead of Trial Verdict

In a statement of her own, Heard said: “The disappointment I feel today is beyond words. I’m heartbroken that the mountain of evidence still was not enough to stand up to the disproportionate power, influence, and sway of my ex-husband. I’m even more disappointed with what this verdict means for other women. It is a setback. It sets back the clock to a time when a woman who spoke up and spoke out could be publicly shamed and humiliated. It sets back the idea that violence against women is to be taken seriously. I believe Johnny’s attorneys succeeded in getting the jury to overlook the key issue of Freedom of Speech and ignore evidence that was so conclusive that we won in the UK. I’m sad I lost this case. But I am sadder still that I seem to have lost a right I thought I had as an American – to speak freely and openly.”

The two had been battling it out in court — each actor claiming that they were abused by the other — for more than seven weeks.

Heard was in the courtroom, while Depp was a no-show. A source close to the actor told Rolling Stone he missed the verdict “due to previously scheduled work commitments made before the trial,” but that he was “watching from the United Kingdom.”

Over the days while the jury was deliberating, the actor performed three shows in the U.K. with rocker Jeff Beck. Kate Moss, who dated Depp in the Nineties and testified on his behalf during the trial, attended the third show on Tuesday night.

A source close to Heard scoffed at Depp’s absence. “Your presence shows where your priorities are,” the source says. “Johnny Depp plays guitar in the UK while Amber Heard waits for a verdict in Virginia. Depp is taking his snickering and lack of seriousness on tour.”

The jury was comprised of three Asian men, two white men, a Black woman, and an Asian woman. The two alternates included a white woman and an Asian man. Depp’s side called more than 40 witnesses, while Heard’s team called 22 over 23 days of testimony. The jury deliberated for 13 hours over three days.

In his suit, Depp sought a $50 million settlement while Heard countersued for $100 million. The trial, which was overseen by Judge Penney Azcarate, began in April, with Depp testifying that he never hit Heard and that she, instead, was the perpetrator of abuse in the relationship.

Among the intensely debated incidents was a 2015 fight in Australia, where Depp was filming Pirates of the Caribbean: Dead Men Tell No Tales at the time, during which Heard claimed in court that he had sexually assaulted her with a liquor bottle.

Depp’s lawyers countered that the actress had actually injured Depp after she “threw a vodka bottle at him that hit his hand and exploded, severing the end of one of his fingers.” The actor flew back to Los Angeles for surgery on the hand following the incident.

Depp’s attorneys also zeroed in on the timing of Heard’s sexual assault claim and said it was weaponized to bolster her defense in the case.

“Ms. Heard had never made that accusation against Mr. Depp — it was never part of her allegations of abuse in 2016. So, what changed? When she realized the seriousness of what she alleged [about being the victim of domestic abuse], she panicked and alleged sexual assault,” Depp’s attorney Camille Vasquez told the jury. “In Mr. Depp’s 58 years, not a single woman has ever accused him of violence.”

During his testimony, Depp was presented with evidence such as texts that painted a picture of a movie star who abused drugs and alcohol and was bent on revenge.

“She’s begging for total global humiliation. She’s gonna get it. … I have no mercy, no fear and not an ounce of emotion or what I once thought was love for this gold digging, low level, dime a dozen, mushy, pointless dangling overused flappy fish market,” Depp wrote in a set of texts. “I can only hope that karma kicks in and takes the gift of breath from her … Sorry man … But NOW I will stop at nothing!!! …“

On his final day on his stand, Depp described himself as a “victim, too, of domestic violence.”

As for Heard, she testified about instances when she claimed Depp hit her, including one time when he allegedly slapped her across the face, and another where he “head-butted me square in the nose.”

“He would explode. He started doing things like destroying property and screaming at me,” she testified. “He would grab me by the hair or he’d grab me by the arm. …. And it started. Slapping. And it got to the repetitive slaps where he’d hold me in a position and slap like multiple times in a row.”

During her time on the stand, Heard also admitted to striking Depp multiple times in what she said was self-defense and in defense of her sister. Depp’s former girlfriend Moss also took the stand in the trial, testifying that she was never assaulted by Depp during their four-year relationship in the ’90s.

The Depp-Heard hearings have been at the center of public discussion for several weeks with fans making memes and posting threats on social media directed at Heard. During one of her last appearances on the stand, Heard said she had faced death threats from people online. “I am harassed, humiliated, threatened every single day. Even just walking into this courtroom, sitting here in front of the world, having the worst parts of my life — things that I’ve lived through — used to humiliate me. People want to kill me, and they tell me so every day,” she said. “People want to put my baby in the microwave, and they tell me that.”

The trial also featured a strange subplot involving the ACLU and how it became deeply entwined with Heard and her former boyfriend, Elon Musk. In 2016, the actress announced that she would be donating her entire $7 million divorce settlement to the ACLU and Children’s Hospital of Los Angeles. Heard’s credibility took a hit when Depp’s lawyers presented evidence that she never made anywhere near the full donation and that she lied under oath about the matter in a separate U.K. trial involving the couple in 2020. The ACLU repeatedly stonewalled Depp’s team in a move that raised eyebrows, and the nonprofit recently filed in a New York court to recoup $86,253.26 from Depp for its time and the cost of document preparation. A hearing on the matter has been set for June 15, 2022.

Depp and Heard started dating in 2012, got engaged in 2014, and were married the following year. They separated in 2016 and finalized their divorce in 2017, citing irreconcilable differences.

The following year, Heard wrote her Washington Post op-ed claiming to be a survivor of domestic abuse. Depp sued her for defamation in 2019 over the article.