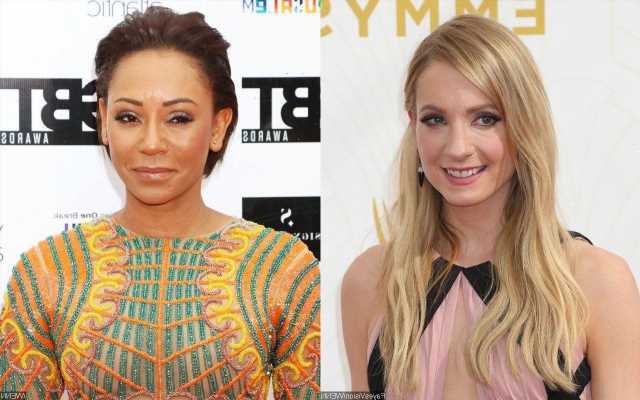 Having read the Spice Girls member’s book about her troubled former marriage as well as Katie Piper’s ‘Beautiful’, the ‘Angela Black’ actress admits she was ‘blown away’ by their honesty.

AceShowbiz -Actress Joanne Froggatt was “blown away” when she read Spice Girls Melanie Brown a.k.a. Mel B’s book about her troubled former marriage as research for a difficult new role.

The “Downton Abbey” actress will star as a victim of domestic abuse in the upcoming U.K. TV drama series “Angela Black“, and she found inspiration in the pop star’s 2018 memoir, titled “Brutally Honest”, in which Mel alleges she suffered years of “emotional and physical abuse” at the hands of ex-husband, Stephen Belafonte.

“I do feel a responsibility,” Joanne told The Mirror about wanting to be sure her portrayal of an abused woman rang true. “I did a lot of research and Women’s Aid [U.K. non-profit helping victims of domestic violence] were incredible, supporting us and pointing me in the right direction.”

“I read Melanie B’s book ‘Brutally Honest’… [and] a book by Mandy Thomas called ‘You Can’t Run’. It is one of the most harrowing accounts of domestic violence and incredibly moving.”

She also read British model and TV presenter Katie Piper‘s memoir, “Beautiful”, in which she details an acid attack by an ex-boyfriend in 2008, which left her blind in one eye and with severe facial disfiguration.

“I read Katie Piper’s book ‘Beautiful’ about the [acid] attack on her after a short relationship,” Joanne added, confirming she was stunned by each and every woman’s bravery.

“All these women told their story really courageously… I was blown away by their honesty,” she added, explaining she is “drawn” to demanding parts. “I am drawn to these characters, they’re incredible stories and they’re incredibly challenging but, as an actor, it is what you do it for.”

“Angela Black” is scheduled to debut in October.