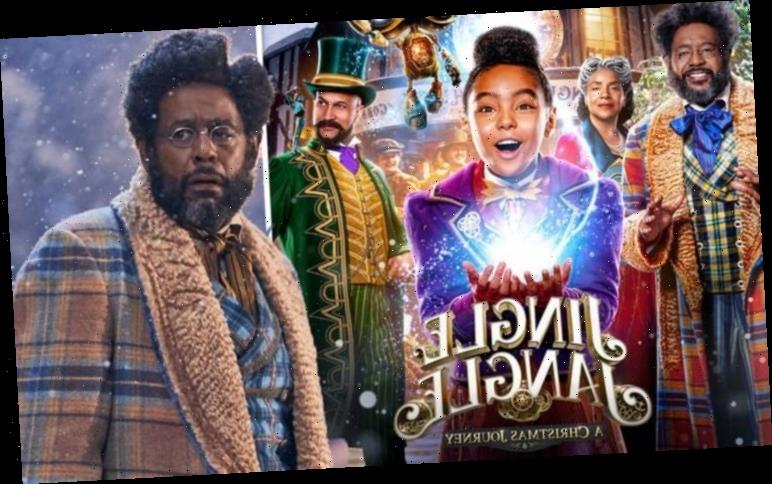 Jingle Jangle: A Christmas Journey could have been an excellent, timeless piece of festive cinema. Netflix have been pumping out these Christmas films each year for the past few years, creating their own, original, smorgasbord of premium holiday content. Last year’s Klaus was a huge hit, not only evoking the wonder and magic of a Christmas film, but also delving deep into the heart of how a Christmas movie ought to make viewers feel. The bombastic, over-the-top Christmas Chronicles, on the other hand, took the place of such classics as The Santa Clause, and Jingle All The Way – but Jingle Jangle somehow manages to get lost somewhere in the middle.

The musical starts of very strong, introducing Jeronicus Jangle (played at first by Justin Cornwell, and later by Forest Whitaker), and telling the story of how his magical toy making inventions made the world a better place.

The exceptional Greatest Showman-like number that welcomes viewers in promises an incredible music-filled story full of wonder and glee – but these aspects of the film almost stop right there.

After an unexpected and awkward transition, viewers are launched 20-odd years into the future, where Jeronicus is ruined after his assistant Gustafson (Keegan-Michael Key) stole his prized invention, a magically sentient six-inch bullfighter named Don Juan Diego (Ricky Martin).

Don Juan is scared of being mass produced, therefore bringing his uniqueness to an end, prompting him to encourage Gustafson to steal him, and Jeronicus’ book of inventions, ruining the inventor in the process. 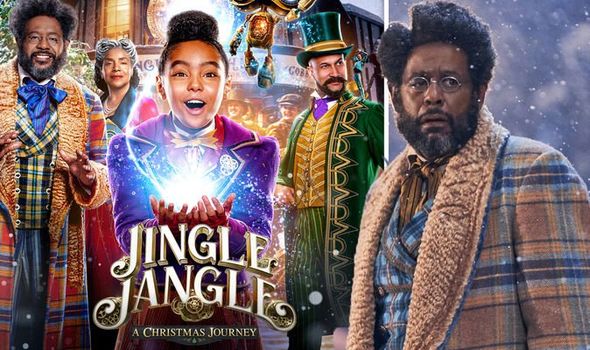 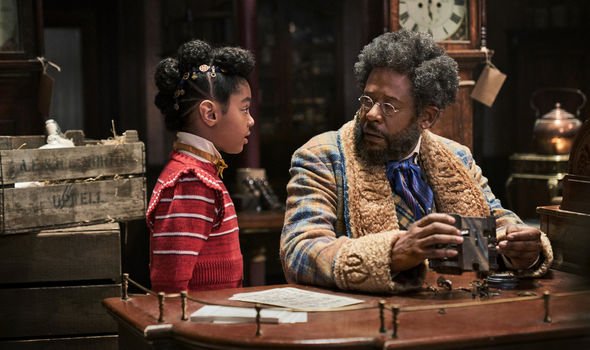 When Journey goes snooping through Jeronicus’ abandoned inventions, she happens upon a half-broken robot named Buddy.

While the robot itself is impressive, the real attraction is that it can literally make people fly.

Buddy, more-or-less, sums up the entire vibe of Jingle Jangle – it always goes one step too far into the extraordinary. 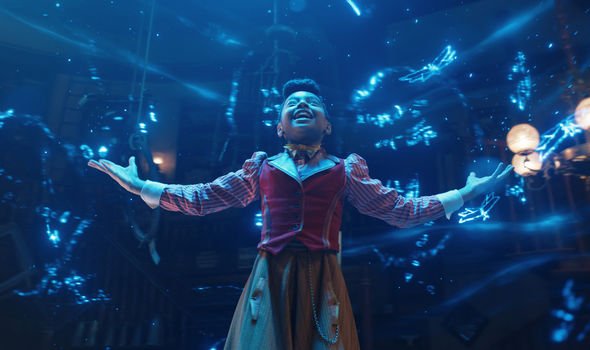 Buddy acts as the film’s McGuffin – the object of desire which Gustafson is simply dying to get his hands on to bolster his now world-famous toy making company.

The cute side character is exciting, and would have been interesting enough without the added ability to make humans fly. It instantly feels like too much.

Over the course of the film Journey slowly repairs her relationship with Jeronicus through a hilarious and touching collection of scenes, as well as trying to save his career.

And this is where the true heart of the film lies. The broken family being repaired over the course of a Christmas period is classic, wondrous, and really fun to watch.

The added, heartbreaking inclusion of Jeronicus’ daughter, Jessica (Anika Noni Rose), adds even more clout to the emotional scenes, really making the film feel like a Christmas movie of old.

Although huge swathes of the plot are tragically overwritten, the rest of Jingle Jangle borders on brilliant.

Forest Whitaker leads the charge with a tearjerking performance, delivering a fantastic set of scenes towards the end which will not leave a dry eye in the house.

Journey actor Madalen Mills is the star of the show, showing off a Disney-esque level of magic and gusto in all of her scenes.

Journey’s musical numbers are by far some of the most entertaining, as well, despite her biggest song’s lyrics being entirely forgettable (“The square root of impossible is me…”).

It cannot be overstated how utterly astonishing the production of Jingle Jangle is.

Every set, scene, costume, and design has been meticulously crafted to call forth a warm and sickly-sweet feeling that the family has gathered around the TV on Christmas Eve to see in the festivities.

Netflix has really outdone itself in how gorgeous everything looks in Jingle Jangle. There will surely be costumes from the movie spotted all over Christmas markets for years to come.

Jingle Jangle is better than a lot of Christmas movies out there. Netflix have done an incredible job in creating an inclusive film full of wonder, magic, and joy. The sets and costumes are unique, timeless, and will be remembered in years to come. Even the characters themselves are memorable – Jeronicus is the perfect rendition of Ebenezer Scrooge, while Journey evokes that Cindy Lou Who childlike amazement. Unfortunately, the core plot of the film is totally forgettable. The overcomplicated cascade of events will absolutely leave kids lost on the journey, while older viewers may just lose interest. Hopefully, subsequent viewings will bolster the legacy of this film, as a lot of love and effort has been put into it.

Jingle Jangle: A Christmas Journey is out on Netflix now.