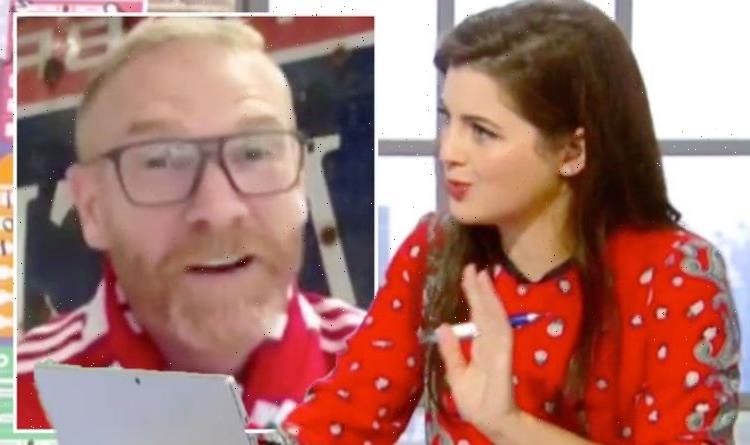 Following Wales’ 2-0 victory over Turkey in Euro 2020 on Wednesday evening, Jeremy Vine and Storm Huntley welcomed Welsh former sprinter Iwan Thomas to Jeremy’s Channel 5 talk show for his thoughts on the match. However, after praising his nation’s efforts in the tournament, the conversation soon turned to England and Scotland’s fixture on Friday evening. But when Iwan delivered his predictions, Scottish presenter Storm was less than impressed.

After Iwan branded Wales as “delightful to watch” after heaping praise on their result, Jeremy quickly veered the conversation towards the Scotland and England game.

“The big question is, tomorrow night,” Jeremy began. “You sit down in front of the TV, Iwan, it’s England (versus) Scotland.

“Who do you back?” Jeremy asked as co-host Storm could be seen pumping her fists in the studio.

The Channel 5 guest then delivered his verdict: “Well, I’m a Celt, so I should say Scotland.” 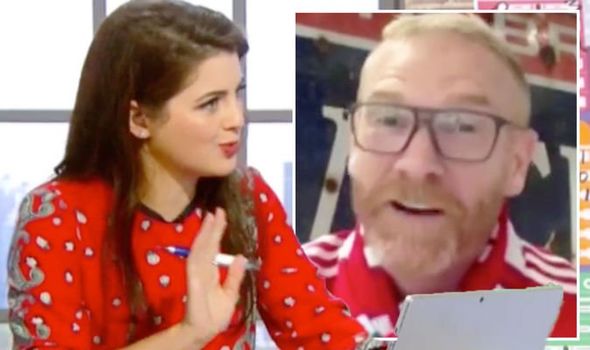 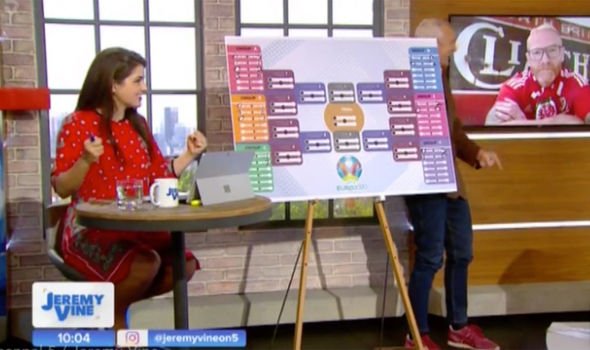 But while this may have been music to Storm’s ears, Iwan quickly changed his tune.

“But I’m also a season ticket holder for Southampton who are in the Premier League.

“I love English football, of course, I do. I live in England but I think it’s gonna be probably closer than people expect.

“I think everyone’s assuming England to walk away with that.”

What do you think? Join the debate in the comments section here. 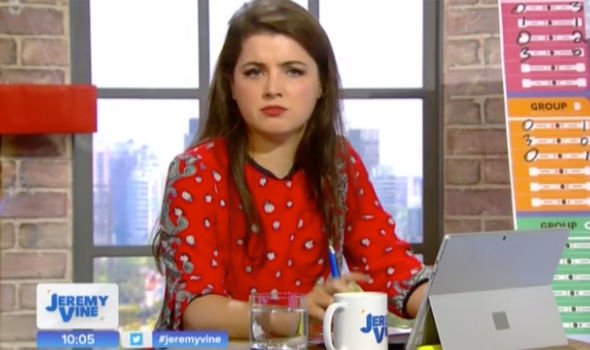 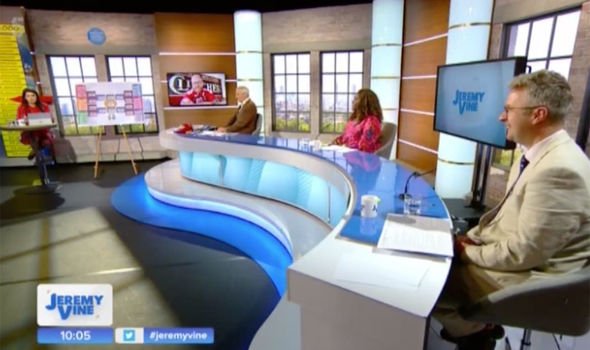 However, he did have some praise for the Scottish team and some words of warning for complacent England fans.

“Don’t underestimate the Scots because they’ve got that fire in their belly.

“They’re a tough nation. So I think England will probably win it but I think it’ll be close.”

As the cameras returned to the Jeremy Vine studio, it soon became clear Storm was less than impressed with the guest’s predictions.

“Storm,” Jeremy said as he asked his co-star’s input, prompting her to deliver her scathing critique.

Jeremy and the rest of the panel let out a laugh before Storm continued to back her home nation against England.

She protested: “Who are these people who are assuming England is going to walk away with it?

“Never make any kind of assumptions, we all know what that leads to,” she added.

Jeremy then pointed out Scotland have to win the fixture to have any hope of progressing out of the group stages following their 2-0 defeat at the hands of the Czech Republic in their opening fixture.

The England versus Scotland fixture will take place at Wembley Stadium on Friday evening with kick-off scheduled for 8pm.

Jeremy Vine continues on Channel 5 weekdays at 9:15am.