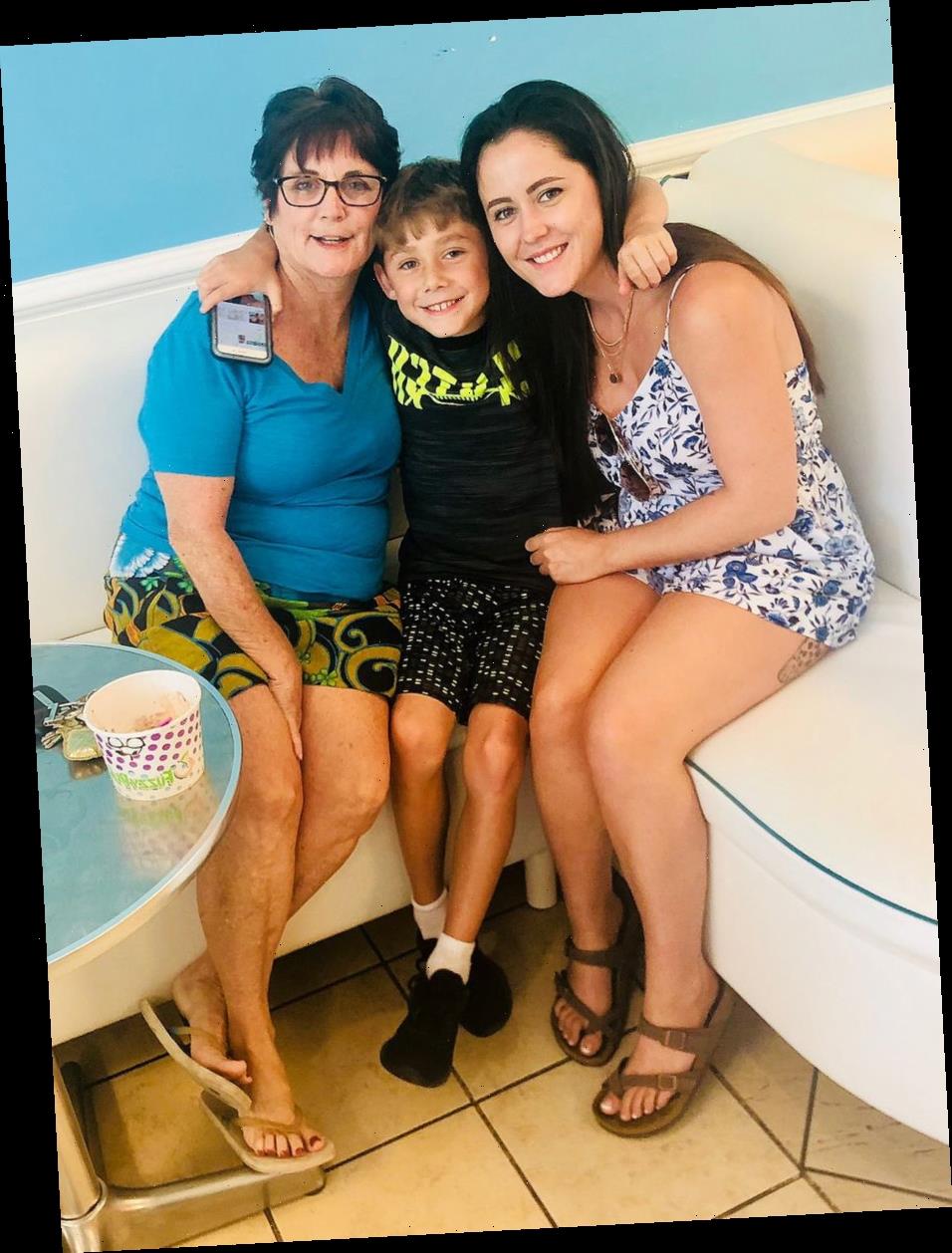 According to Jenelle Evans, she's not on good terms with her mom Barbara Evans — and the tension stems from a custody disagreement over her 11-year-old son, Jace.

In a new YouTube video posted over the weekend, the former Teen Mom 2 star claimed her mom "blocked" her. Jenelle, 29, also gave an update on Jace's current living situation after previously revealing that he was staying with her.

"Jace was living with me the past week and now circumstances have changed," she said. "My mom can't put down her pride."

Jenelle went on to allege that her mom no longer wants Jace to live with her. According to the reality star, the two have been at odds ever since Jenelle revealed that Jace had moved in with her "full-time" after experiencing behavioral issues while at Barbara's house. But after Barbara, who was granted custody of Jace years ago, spoke to TMZ last week and clarified that she still has legal custody of her grandson, the situation escalated. "Jace was staying at my house, everything was fine," Jenelle said. "She agreed for him to live with me. Now, she's trying to make me look like a dumb—. Now she's taking it all back."

Jenelle claimed Barbara decided to alter the plan after she learned that she would be in contempt of court for allowing Jace to live with Jenelle before an official change is made to their custody agreement. (Barbara did not immediately respond to PEOPLE's request for comment.)

"Now she took Jace back, now she's trying to apologize to me and saying, 'Come on, we got along for so well for so long, and now you're just going to throw it all away?'" Jenelle said. "Me? No. You threw it all away when you went and talked to TMZ behind my back."

"Our relationship is ruined," she added.

Along with Jace, Jenelle is mom to son Kaiser, 6, with ex Nathan Griffith and daughter Ensley, 3, with husband David Eason.

Jenelle was fired from Teen Mom 2 in 2019 after her husband shot and killed their family dog for biting their daughter in the face. MTV had already fired Eason, 32, in 2018 over an alleged homophobic rant on Twitter.

Jenelle temporarily lost custody of her children amid the scandal and subsequently split from Eason, though the two later reconciled.