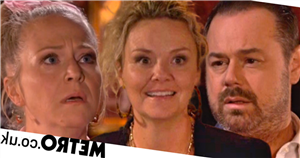 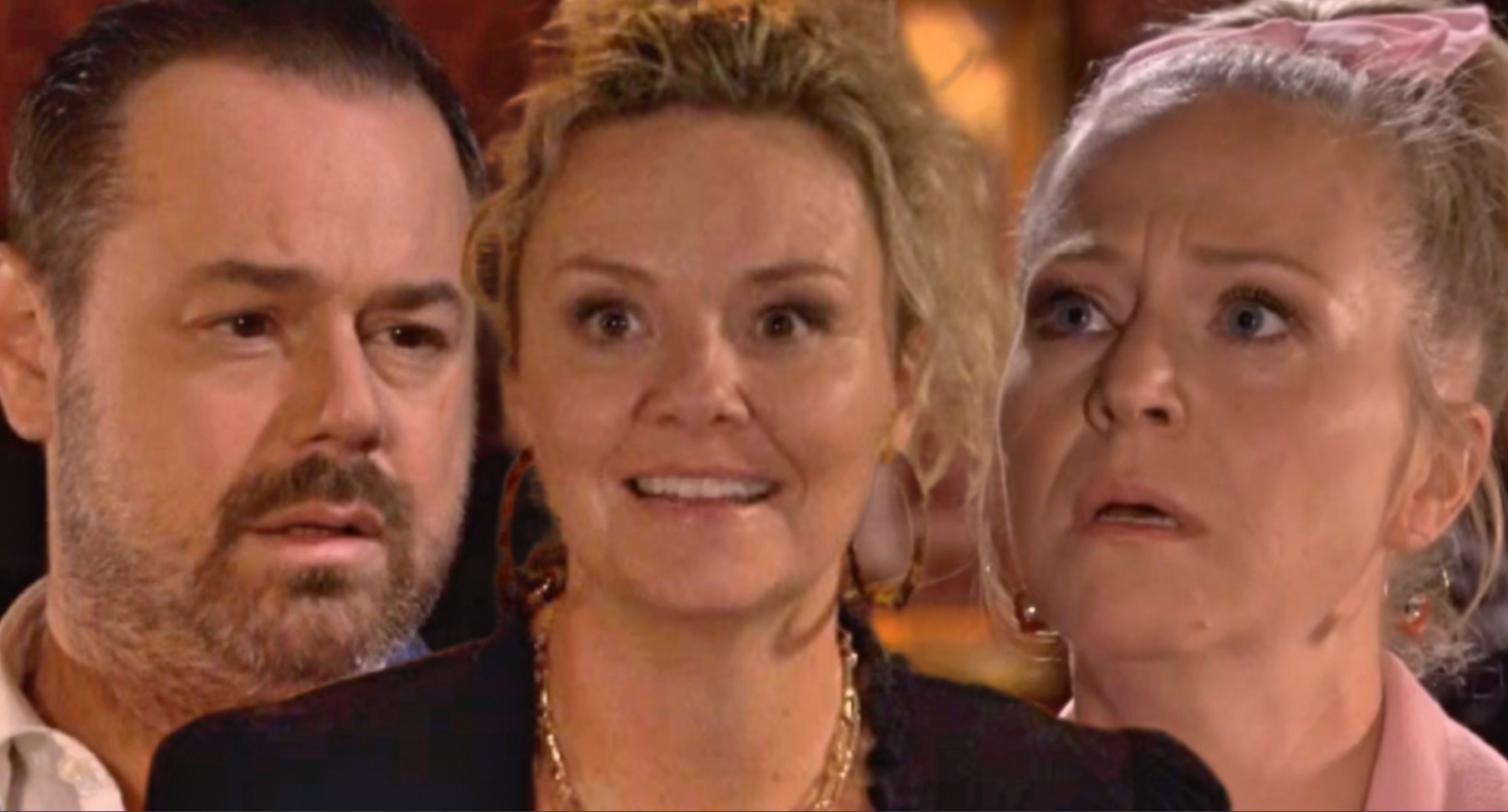 Janine Butcher (Charlie Brooks) stooped to yet another new low in EastEnders, as she revealed she’s pregnant with Mick Carter’s (Danny Dyer) baby, in order to crush Linda’s (Kellie Bright) hopes of a reunion with her ex.

The soap super-schemer discovered earlier this week that she was pregnant, and despite her initial plan to tell Mick, she ultimately resolved to keep her discovery to herself, believing that her beau didn’t want any more kids.

The first of Thursday’s (September 22) two editions of the BBC One soap saw her head to a clinic to have a termination, but Mick soon got word of her whereabouts after daughter Frankie (Rose Ayling-Ellis) discovered Janine’s big news.

Mick was upset that Janine didn’t confide in him, but told her that it’s her decision to make.

Janine ultimately decided that she wanted to start a family with him, which came as a shock to Mick given that he’s starting to fall for Linda once more.

Speaking of Linda, the second outing of the serial drama saw the Queen Vic landlady head to court to find out if Annie was going to be allowed to come home with her.

Mick, of course, was by her side every step of the way, and arranged for a very expensive brief to take on Linda’s case – an action which seemingly led to Linda securing custody of her daughter once more.

Linda was delighted with the outcome, having had the best day with her soulmate and her baby girl, and thus she decided to take a risk as she headed back to The Queen Vic – determined to tell Mick exactly how she feels about him.

Mick, evidently feeling the same, attempted to stop her in her tracks, as he knew he had to tell her about the pregnancy.

Janine, meanwhile, witnessed the scene unfold from behind the bar, and – very jealous and fearful of the former couple’s closeness – she decided to take action.

The soap’s resident schemer interrupted Mick and Linda’s private conversation, and proceeded to ring the bell in the pub, before publicly announcing that she and Mick are having a baby!

Linda, as you can imagine, was heartbroken, as Janine glared at her, delighted to have scuppered her big day, having yet again destroyed her life.

Will Janine continue to get away with this?

Will the truth about her role in Linda’s accident – plus Jada Lennox’s (Kelsey Calladine-Smith) phone call to social services – be exposed?

Will Mick finally see through his girlfriend? What’s more, will he admit his feelings for Linda and reunite with her before it’s too late?

One can but hope!

EastEnders continues Monday September 26 at 7:30pm on BBC One.